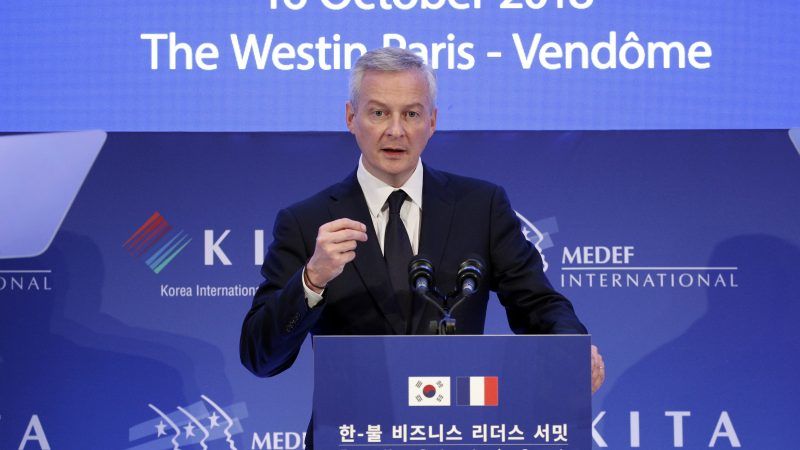 French Economy Minister Bruno Le Maire makes his speech during a meeting held by the Medef, association of the French employers, at the Westin Hotel in Paris, France, 16 October 2018. [EPA-EFE/YOAN VALAT]

Le Maire said the blockage was purely political and that all technical questions surrounding how to impose a levy on revenues earned on online services in the European Union had been dealt with.

The French government has led a push for firms with significant digital revenues in the EU to pay more tax at source. Germany has long been cool on the idea, while smaller member states with low corporate tax rates such as Luxembourg and Ireland firmly oppose the proposal.

“Enough of talking. Enough words. Enough excuses!” Le Maire said in an interview with Public Senat TV. “What’s getting in the way, as always in Europe, is a lack of political will. All the technical issues have been resolved.”

Le Maire has said a small or medium-sized company in an EU country like France, Germany or Italy on average pays 14% more in tax than Google, Amazon, Facebook and Apple.

The European Commission has proposed that firms with large digital revenues in Europe pay a 3% tax on their turnover on their online services in the EU. That would bring in an estimated €5 billion.

Voters would punish mainstream parties in next year’s European elections if the bloc appeared incapable of standing up to corporate giants and protecting citizens, the finance minister said.

“It is time for Europe to decide whether it wants to become a submissive continent… or a sovereign continent,” he concluded.