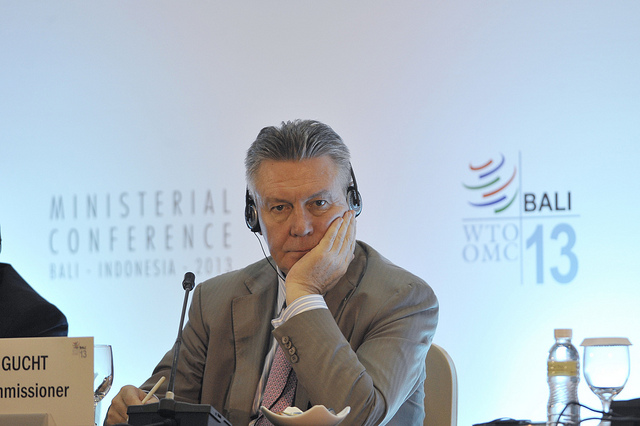 European Union and US negotiators will discuss whether to devote a chapter of the Transatlantic Trade and Investment Partnership (TTIP) to the digital economy, as they have done for small-to-medium sized enterprises (SMEs).

Both the EU and US are mulling whether the digital economy is better handled across a number of chapters devoted to the different sectors it has a part in or by a stand-alone section.

SMEs will have a dedicated chapter of the landmark trade deal. Sources indicated significant progress had been made towards a text agreed by both sides during this week’s sixth round of negotiations in Brussels. There is a dedicated TTIP negotiating group for SMEs.

EURACTIV has learnt the US has sent fact-finding teams to Germany, Luxembourg and Austria during this week’s sixth round of negotiations. The teams will meet with successful SMEs to discuss what they need from TTIP and how best to remove barriers to market access on both sides of the Atlantic. SMEs are often described by the European Commission as the backbone of the economy and drivers of growth and job creation.

The digital industry would like to see a similar level of attention paid to their sector. The idea was not discussed in detail by negotiators during this week. Talks focused on laying the groundwork for a future agreement on professional services, including, for example, auditors and accountants and architects.

Sources told EURACTIV that both the EU and US are open to the idea of a digital chapter, should the evidence justify it. The European Commission sees the digital economy as part of the solution to Europe’s sluggish growth and high unemployment.

DigitalEurope called for the dedicated chapter when they met with lead negotiators on Wednesday (16 July).

The industry wants a short chapter, focusing on areas in which rapid progress can be made. It would not cover controversial political issues such as data protection and flows of data in the interests of securing the agreement.

The chapter would focus on issues specific to the digital economy where joint standards can be swiftly agreed. The industry hopes the eventual TTIP chapter could then be replicated across free trade agreements with other countries.

E-labelling is a way of informing consumers about the electronic products they buy. It involves displaying information on the screen of the device, rather than attaching a CE or FCC sticker or similar marker on the casing. For producers – especially small ones – selling their wares in both markets it would mean a significant saving in terms of money and time, DigitalEurope said.

“If the EU and US could agree on a common approach to e-labelling this would make it easier for producers to sell their products in both markets, and better, more up-to-date information for the consumer,” said John Higgins, director general of DigitalEurope.

M-health, smartphone apps to increase fitness, is another growing sector that would benefit from agreed transatlantic standards. E-accessibility, which is about making technology more accessible for the elderly and people with disabilities, is another.

Separately, the EU and Ecuador Thursday (17 July) sealed a trade deal in Brussels. The Commission said the agreement will allow Ecuador to benefit from improved access for its main exports to the EU – fisheries, bananas, cut flowers, coffee, cocoa, fruits and nuts.

Negotiations between the US and the EU on the Transatlantic Trade and Investment Partnership (TTIP) started in July 2013. Since then there have been European elections and a new European Parliament has been formed.