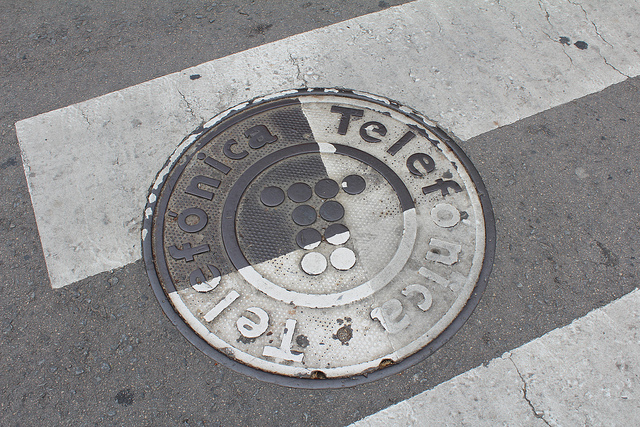 The European Union’s competition regulator blocked on Wednesday (11 May) CK Hutchison Holdings’ plan to become Britain’s biggest mobile telecoms network operator, in a decision which also cast doubts on whether it can still win approval for another deal in Italy.

Hutchison is also awaiting a ruling on the agreed 21.8 billion-euro merger of its Italian subsidiary 3 Italia with Vimpelcom’s Wind to create a stronger rival to Telecom Italia and Vodafone.

Hutchison said it was disappointed by the Commission’s decision on its O2 deal and would consider its options, including a possible legal challenge.

It also said it would now focus on working with the Commission to secure clearance of the proposed merger of Wind and 3 Italia.

The collapse of the British deal is also a blow to Telefonica, which was selling O2 to cut its 50 billion euros of debt, but Wednesday’s announcement did not come as a surprise as the deal was already expected to be blocked last month, according to sources familiar with the matter.

A precedent was set in September when TeliaSonera and Telenor scrapped a merger in Denmark after European Competition Commissioner Margrethe Vestager said she believed that the national market needed at least four mobile network operators to maintain competition.

The European Commission approved on Wednesday the proposed acquisition of Dutch Telecom operator KPN’s German mobile telecommunications business E-Plus by Telefónica Deutschland. The approval is conditional upon the full implementation of a commitments package submitted by Telefónica.

Telefonica said last month it had plenty of options for O2 UK if the Hutchison deal fell through, including finding another buyer for all or part of the business, a stock market listing, or investing further in the subsidiary.

Ronan Dunne, chief executive of O2 UK, said on Wednesday he would evaluate options for the group once the agreement with Hutchison has lapsed at the end of June.

But he said the strength of the O2 brand in Britain meant there was no pressure to strike a deal with another operator.

“There’s a strong role that can be played by a pure mobile operator if it has the right quality in place,” he told reporters.

“I am hugely excited about the prospects for us as a business and for the sector itself, and in those circumstances we are in an even stronger position than we were 15 to 18 months
ago.”

On Tuesday cable group Liberty Global said it would consider buying O2 UK if Brussels blocked the Hutchison deal but said it also valued the flexibility it had in its current strategy of being a virtual mobile operator.

France’s Iliad, the owner of Free Mobile, is also interested in the British market, a source familiar with the situation said in January.

The European Commission said on Wednesday combining Hutchison’s Three UK and O2 UK would have created a market leader with a share of more than 40 percent, reducing choice, hampering infrastructure development and weakening the negotiating power of smaller ‘virtual’ operators seeking to obtain access to networks.

Vestager said the size of the EU document setting out the decision underlined the complexity of the case.

“This decision is 2.56 kilograms. It is a very heavy decision, I weighed it myself,” she told a news conference.

The Commission said Hutchison’s proposal to boost competition from virtual rivals such as Virgin Media, owned by Liberty, and Tesco Mobile, owned by Tesco and O2, by offering them capacity on the merged network were not sufficient, and that the company was also not willing to create a wholly separate fourth network operator.

The regulator also rejected the industry’s arguments that mergers were necessary to enable big new investments to be made in mobile broadband networks, saying effective competition was the main driver for investment.

The decision will discourage further similar deals, leaving companies to look instead at more horizontal mergers as they seek to offer packages of fixed and mobile broadband internet, TV and telephony services, said Adrien Giraud, a partner at Willkie Farr & Gallagher.

In January BT completed its 12.5 billion-pound (15.8 billion euros) acquisition of EE, the UK’s biggest mobile network operator, opening the way for the former state monopoly to create a single integrated network offering a combination of telecoms and TV services that competitors are scrabbling to match.

“Although the Commission will probably reiterate that there is no magic number and that every case needs to be assessed on its own merits, this will undoubtedly chill consolidation efforts in the telecoms industry and in particular every planned so-called four-to-three case,” he said.

“Convergence therefore seems to be the only way forward for consolidation.”