Later this year, the Commission will propose new legislation on what technological solutions can be used to underpin connected cars. Some EU countries want to stop the Commission from proposing the legislation. [jpreat/Shutterstock]

The European Commission is expected to present a legislative proposal this autumn that could determine what technology is used to power new vehicles with internet-based functions like automatic braking or smart entertainment systems.

Lobbyists from the car and telecoms industries have been lining up to promote their sides in the debate before the EU executive decides whether it will support the short-range Wifi-based vehicle-to-vehicle technology known as V2V, or cellular networks that are longer-range and will rely on fast 5G connections when those become available several years from now.

So far, the Commission’s plan to legislate on standards for what is built into cars has ignited fierce debate between companies that have a stake in the technologies, but it has not drawn much public attention.

But a handful of EU countries have stepped up their opposition to the legislation just a few months before it is scheduled to come out.

Finland and Spain have issued especially detailed criticism of the plan and questioned the Commission’s legal basis for the new regulation, according to documents that the two countries’ transport ministries submitted to the EU executive, which EURACTIV has obtained.

Their opposition is important because the legal overhaul will go through a secretive, fast-tracked Commission procedure for proposing laws, known as a so-called delegated act. The EU executive drafts delegated legislation with input from experts that are appointed by each EU country. National governments and the European Parliament can then accept or reject the legislation, but they cannot propose changes to the proposal after it is presented.

The Commission has insisted that its connected car proposal will be “technology neutral”, meaning that it will not side with one option over the other. It has also committed to requiring cars to be able to communicate with both Wifi-based and cellular systems. One Commission official said that it is “not possible to be 100% interoperable and 100% technologically neutral”, but that new services, in a reference to 5G, must be “interoperable or complementary” to the V2V Wifi technology that will be built into cars.

But the Commission is now facing criticism for measures in the current draft of the legislation that would require car companies to build systems that are compatible with V2V Wifi but do not give support to the cellular system.

Finland’s transport ministry complained to the Commission last month that the legislation would “lock in” the Wifi-based V2V  as “the default and only option”.

A spokeswoman for the ministry told EURACTIV that “although the possibilities for cellular technologies and 5G for connected and automated driving are globally acknowledged, the principle of technological neutrality is not reflected” in recent Commission drafts.

Some countries including Finland are unhappy with the Commission’s plan to refer to the standard for the V2V technology in its regulation, and keep the door open for future technological changes without a clear reference to 5G, which is not yet recognised by standard bodies. 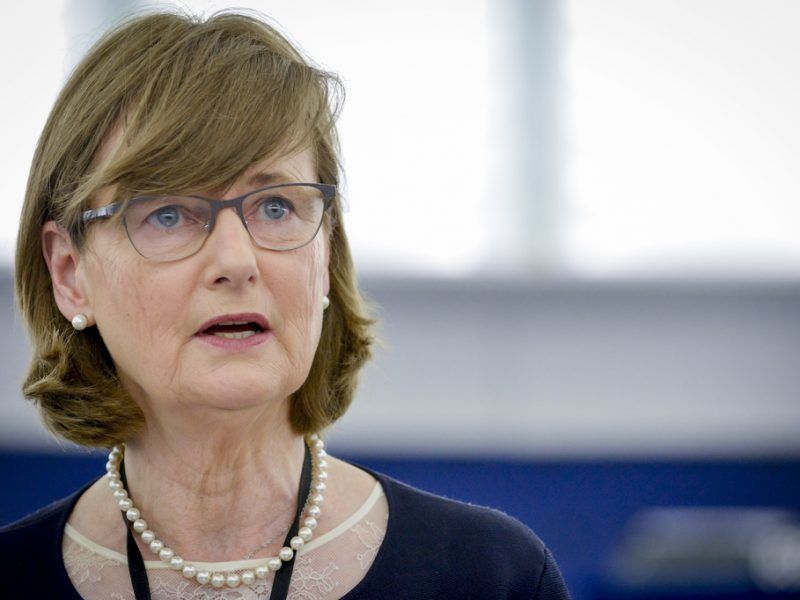 The European Commission wants future connected vehicles to be able to run both on 5G and Wifi networks, claiming its upcoming legal proposal will remain “technology neutral”. But a leading lawmaker warns this will in effect give preference to one technology over another.

Nordic countries are especially keen to make the case for picking up the pace on building 5G networks.

Finland, Sweden, Denmark, Iceland and Norway’s prime ministers signed a letter of intent in May promising to “be at the forefront” of 5G development globally. The letter singled out “transport systems and connected vehicles” as one of four sectors where they want to particularly encourage the use of 5G.

A spokesman for the Swedish representation to the EU in Brussels told EURACTIV the country does not want the regulation to pick one technology as the favoured option for connected vehicles. “In particular, we would not want to see C-V2X excluded as a technology for 5.9 GHz ITS applications,” he said, referring to the cellular system’s use for connected car services.

National telecoms ministers from EU countries signed onto a declaration last year committing to making 5G networks available for commercial use by 2025. The Commission has rallied telecoms companies to start investing billions of euros into building the fast new mobile networks.

Telecoms companies that are lobbying for the Commission to give preference to a cellular system have argued that they may be less motivated to invest so much money into building 5G networks if the regulation creates an advantage for Wifi-based services. Car companies in favour of the V2V Wifi option argue that it is available for them to build compatible systems into vehicles now, while 5G is still years away.

A small group of other member states have also weighed in on the debate, while some have remained on the sidelines, according to sources close to the discussions.

Spain’s transport ministry sent the Commission a seven-page letter with a blistering critique of a recent draft of the legislation that was circulated to member states. The document suggests that the proposal is not neutral, and “might seem to be clearly favouring one type of technology (ITS-G5) over others”, in a reference to the V2V technology, while “other technologies” already provide the basis for connected car services.

The Spanish ministry wants there to be soft guidelines on connected cars instead of binding legislation. The document also suggests that a Commission study oversold the impact of V2V technology on road safety figures. According to the ministry, connected safety features that run on V2V-based Wifi might reduce the number of road deaths in Spain by 0.058%, which “significantly contrasts” with the Commission suggestion that the technology could lower the rate of fatalities by 2.7%.

Car manufacturers have argued that the Wifi-based option is safer because cars do not need to connect to telecoms networks in order for internet-connected braking to function quickly.

Joost Vantomme, director of smart mobility at the European Automobile Manufacturers’ Association, said that “some, if not most, C-ITS use cases do not require an instant millisecond communication technology approach”, using the acronym for connected and automated driving.

He named a list of car services that require internet connection, ranging from safety functions to insurance information, and traffic and parking assistance.

The association does not have a position on whether the Commission should side with a cellular 5G system or Wifi-based technology, since its members include car companies that have invested in different systems. Volkswagen, for example, has announced that it will continue to build cars designed to work with the V2V Wifi system through 2019.

Vantomme said that the telecoms industry is banking on the surge in internet-connected cars as a way to finance their investments in building expensive 5G networks.

“Telecoms companies really want to invest into 5G but they need to have clients and they see us, connected cars, as one of the first users. The question is, who will pay that? The jury is still out on this one,” he said.