The European Commission’s new EU internet scoreboard has sparked a wave of mea culpas among the member states that ranked lowest for connectivity and digital skills.

“We are old, we are poor and we are illiterate,” said Fatima Barros, head of Portuguese telecoms regulator Anacom, of Portugal’s number 23 rating on internet use.

Portugal received the number 21 spot for digital skills among the general public, but came in at number 14 overall because of its high marks for fast internet.

“France needs to improve broadband use and especially in rural areas, mainly because there is a huge digital fracture between cities and countryside,” said Yann Bonnet, secretary general of the French Digital Council.

“Overall we have to say that Europe is behind,” EU Digital Commissioner Günther Oettinger said yesterday (25 February).

Nearly all of the countries slammed for their bad internet connections and weak digital skills confessed their failings and vowed to improve.

The Commission’s digital society and economy index (DESI) annually ranks EU countries for internet connectivity, speed and use, as well as digital skills and businesses and governments’ use of the internet.

Romania came in last place in the scoreboard, which was published yesterday (25 February). Italy ranked number 25, followed by Greece and Bulgaria. France comes in at number 16 overall, but was pegged at number 20 for internet connectivity, down two spots from its 2015 ranking.

The top performers in the ranking are Denmark, the Netherlands, Sweden and Finland.

Nearly two years after the adoption of the new long-term EU budget (2014-2020), the Czech government is still struggling to fulfill conditions that would open the door to half a billion euros of EU cohesion money available to support high-speed internet. EURACTIV.cz reports.

The DESI rankings came out as the Commission is pressing member states to invest heavily in broadband infrastructure and increase internet use around Europe. Several EU funding schemes are available to pump funds into broadband projects.

“We have to make it clear to the member states that this can’t be about another marina on the Mediterranean,” said Oettinger.

“It’s about digital infrastructure,” he added. “No company will move somewhere where there’s no fast internet connection.”

Italy was pegged at number 27 on connectivity and in last place for fixed broadband takeup. 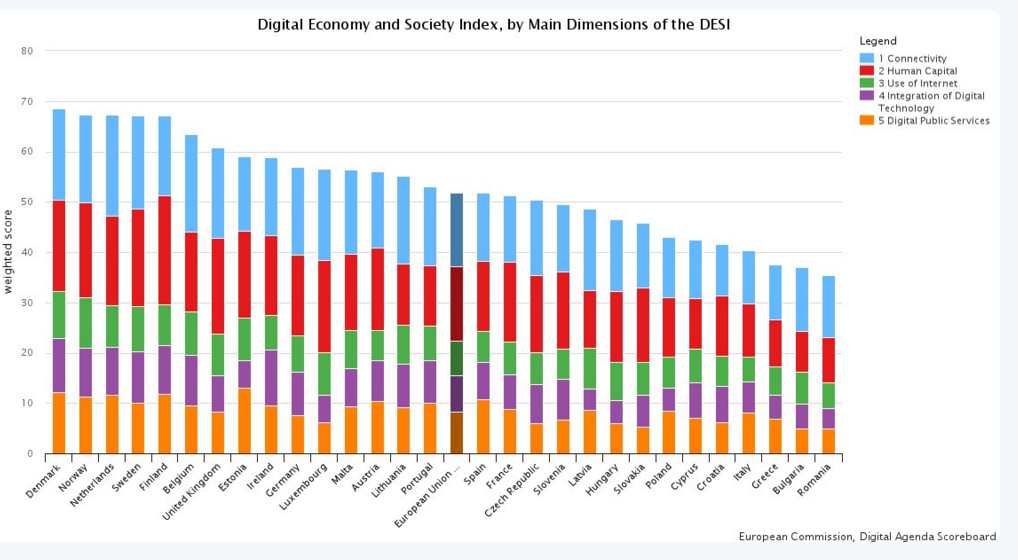 “Broadband is widely available, but not fast broadband whose coverage progresses but not fast enough,” the Commission’s report on Italy read.

Italian government officials acknowledge that Italy is lagging behind on high-speed internet, but they hope the country’s new plan to boost internet access will improve their standings.

“The existing infrastructure required more or less 100 years to be built in the country. So it’s absolutely challenging to imagine that we can build new infrastructure in just three or four years,” said Italy’s Tiscar.

The Italian government presented its first plan for digital development last year and plans to invest more than €4 billion in broadband, with EU funding, starting later this year. Tiscar said he thinks the country’s connectivity ranking could go up in two to three years.

Diego Piacentini, a top executive for Amazon based in the US, will join the office steering the Italian digital agenda this summer.

“Absolutely we need his presence and we are looking forward to having him here,” Tiscar said.

The Italian government approved a plan on Tuesday (3 March) to bring its high-speed broadband network into line with European Union targets, but it held back from forcing operators to replace their copper wire networks with fibre optic cable.

A loan worth €500 million was awarded last year to develop broadband in southern Italy as part of EFSI or the so-called Juncker Plan, a Commission and European Investment Bank-backed programme to leverage €315 billion in investment.

France was also slammed for slow internet in the Commission rankings.

“Regarding France’s rankings, we notice that some points need to be challenged,” said Yann Bonnet, secretary general of the French Digital Council, the country’s technology watchdog.

Bonnet argued that France has done a lot on e-government and giving access to open data.

“France needs to improve broadband use and especially in rural areas mainly because there is a huge digital fracture between cities and countryside,” Bonnet added.

The French government vowed to cover the county with high-speed internet by 2022.

At a conference in Brussels, one Romanian participant questioned the Commission’s rankings for putting Romania last—although the country is known for programmers.

“Romanians have a worldwide reputation of being excellent at programming and development. What we’re measuring here is the whole population,” said Gerard de Graaf, director for digital economy and coordination at DG CONNECT.

The Romanian and Greek ministries for telecommunications did not respond to requests for comment. 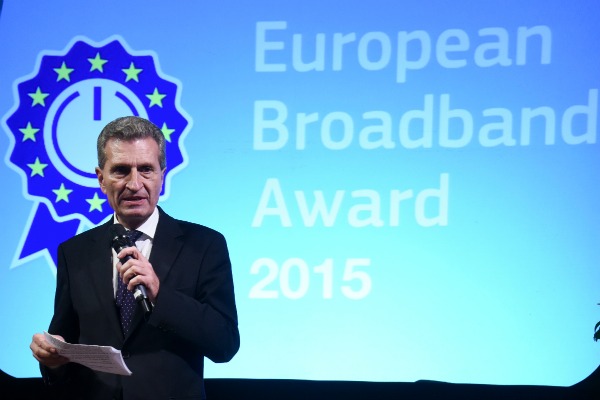