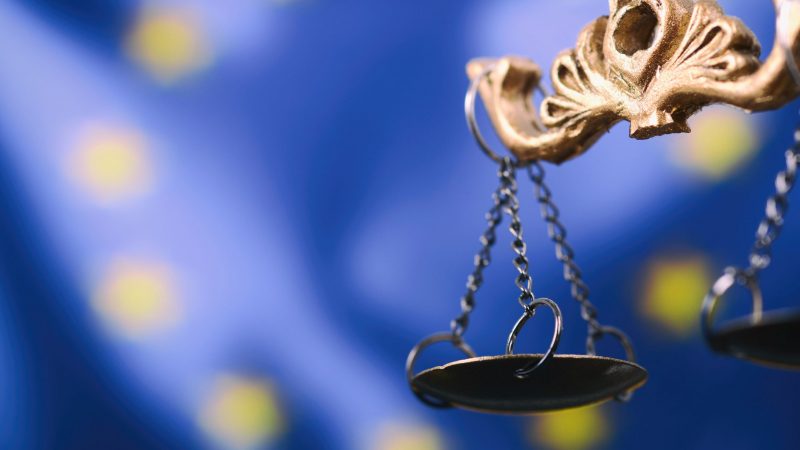 The EU General Court upheld a decision of the European Commission sanctioning Google for abuse of dominant position. [corgarashu/Shutterstock]

In a major victory for the EU’s competition regulator, a judgement by the EU General Court has confirmed the European Commission’s sanctions against Google for promoting its own shopping service.

The EU General Court dismissed on Wednesday (10 November) Google’s appeal against a landmark decision by the Commission, which found the search engine had abused its dominant market position to favour its Shopping Unit against competitors.

The Commission’s antitrust probe was initiated back in 2010, following complaints that the tech company was displaying its Shopping Unit in a more eye-catching manner than competitors. Its final decision in 2017 found that Google’s algorithm had been illegally demoting competing shopping services in the general result page.

The tech giant opposed the Commission decision that imposed a €2.4 billion fine.

The Court’s judges pointed to the very significant volume of traffic coming from the search engine to compare shopping services, as well as the fact that consumers tend to concentrate on initial results. Moreover, the Court noted that a very significant amount of traffic was diverted, weakening competition.

“Shopping ads have always helped people find the products they are looking for quickly and easily, and helped merchants to reach potential customers. This judgement relates to a very specific set of facts and while we will review it closely, we made changes back in 2017 to comply with the European Commission’s decision,” a Google spokesperson said.

The judgement establishes self-referencing as a category of harm for antitrust enforcers.

“This decision will strengthen the view that self-preferencing is a competition law offence when it produces anticompetitive effects and in the presence of circumstances showing that the conduct departs from competition on the merits,” said Damien Geradin, founding partner at law firm Geradin partners.

Geradin pointed out that Google failed to provide an objective justification for its conduct, which did not bring any qualitative improvement to its services.

“The Court points out that it is not the fact that Google is a major player or that there are other equally large platforms that are at issue, but it is the action itself that is anti-competitive. The DMA should correct these distortions,” Cattarin told EURACTIV.

Cristina Caffarra, a senior consultant at Charles River Associates, added that the judgement establishes that “refusal to supply” is “not applicable” as the standard.

In addition, Caffarra noted that the judgment also rejected all of Google’s “objective justifications”, and describes Google search as “infrastructure”.

“This is very powerful, as arguing against self-preferencing along the lines that “we do not have a duty to supply a service” has been a standard Big Tech defence in these cases and now has been put to one side”, Caffarra told EURACTIV.

The ruling marks an important victory for the Commission, after a number of major setbacks against Big Tech companies. The latest defeat came in July last year, when the EU Court overturned the Commission’s record €13 billion fine against Apple.

“This judgment is a very significant boost to digital competition enforcement in Europe, DG COMP [the Commission’s competition service] very much needed a victory to prove their enforcement has some teeth though they still have much ground to cover as their early efforts, which were pioneering, have not in fact moved the dial,” Caffarra said.