Software that received €3.6 million in EU funding is being tested to help immigrants access health services in Spain. [Max Pixel]

EU-funded software to help immigrants access healthcare services in European countries was tested for the first time this summer in Spanish health centres.

Researchers received €3.6 million to develop the software, which can be used on laptops and tablets to respond to users’ questions in their native language, or to watch them to interpret hand gestures or facial expressions—and then explain what they mean. The software is tailored to target immigrants from the Middle East and North Africa.

“Migrants who arrive in European countries may not be familiar with the health system at all,” Leo Wanner, the researcher leading the KRISTINA project, told the European Commission’s in-house research magazine Horizon in an interview.

“Our agent would be able to assess their problem based on their age, location, gender, and other things – so it can tell them in natural language where they need to go,” said Wanner, who is a professor of computational linguistics at Pompeu Fabra University in Barcelona.

The programme reminds patients about medical checkups and vaccinations.

The software was tested this summer in Barcelona and Tarragona, Spain. EU funding for the research from the Horizon 2020 programme runs out next year, but researchers hope to still make the software available as an app.

The World Health Organisation (WHO) wants EU member states to focus more resources on e-Health, saying it can empower patients and spark innovation.

The European Commission is planning to announce new measures related to digital health services by the end of this year. Last month, the EU executive opened a three month-long call for public feedback on issues like cross-border access to health data in the EU and data analysis of digital health records.

Digital health tools can “support the transition from a hospital-based healthcare model to a person-centred and integrated model” and help “citizens to access their health data everywhere in Europe,” the Commission wrote when it opened the public consultation last month.

The measures on digital health is not expected to include binding EU legislation.

In a mid-term review of its flagship digital single market programme in May, the Commission said “more needs to be done so that all citizens can, in full privacy and confidence, access and transfer their complete electronic health record when receiving healthcare abroad”.

A second prototype of the KRISTINA project focuses on elderly Turkish immigrants and Polish health aides in Germany. The software can have conversations in German and Turkish and share tips on managing dementia and eating healthy food.

Wanner said the software tailors its assistance once it gets to know users.

“If we have an elderly person greet the virtual agent in a bit of a depressed voice in the morning, it will recognise that and ask what is wrong. It will ask if they slept poorly or look for anything it can do to cheer them up. For example, it might remind them their family are coming to visit later that afternoon,” he told Horizon.

The KRISTINA project’s researchers billed it as a way to improve health treatment and bring down costs for EU countries’ healthcare systems. 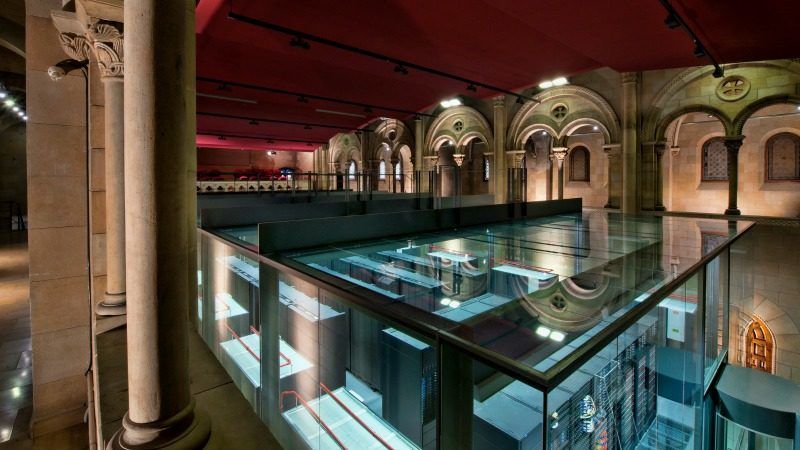