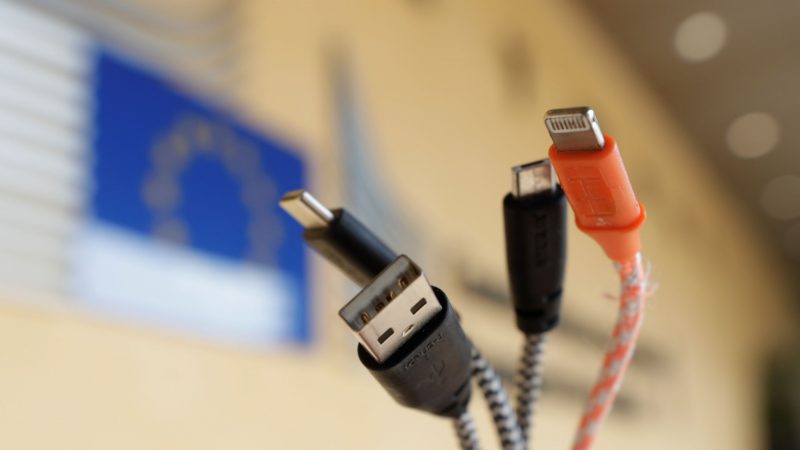 The EU directive on a common charger will require manufacturer of small and medium electronic devices to use the same USB-C port for charging. [OLIVIER HOSLET/EPA]

The proposed directive for a harmonised charger for electronic equipment was adopted by the leading committee on Wednesday (20 April), including some important changes in terms of scope, bundling, and consumer information.

The legislation follows more than 10 years of pushing by the EU executive for the industry to voluntarily agree on a technical standard. Although varieties of cables were significantly reduced, different solutions continued to exist following the resistance of device manufacturers like Apple.

The rapporteur Alex Agius Saliba received a large majority in the European Parliament’s committee for the internal market and consumer protection (IMCO) with a more ambitious report than the Commission’s original proposal.

“We are proposing a truly comprehensive policy intervention, building on the Commission’s proposal by calling for the interoperability of wireless charging technologies by 2026 and improving information given to consumers with dedicated labels. We are also expanding the proposal’s scope by adding more products, such as laptops, that will need to comply with the new rules,” Saliba said.

The proposal is intended to allow consumers to choose and reuse the best charging solution regardless of the brand of their device. It is also expected to reduce e-waste, one of the fastest-growing categories of waste, currently estimated at least 11,000 tonnes per year.

“If one cable to charge smartphones, laptops or headphones becomes a reality, it will save resources, prevent electronic waste and save consumers’ money. This is a perfect example of how consumer protection goes hand in hand with fighting the climate crisis,” said Green lawmaker Anna Cavazzini. 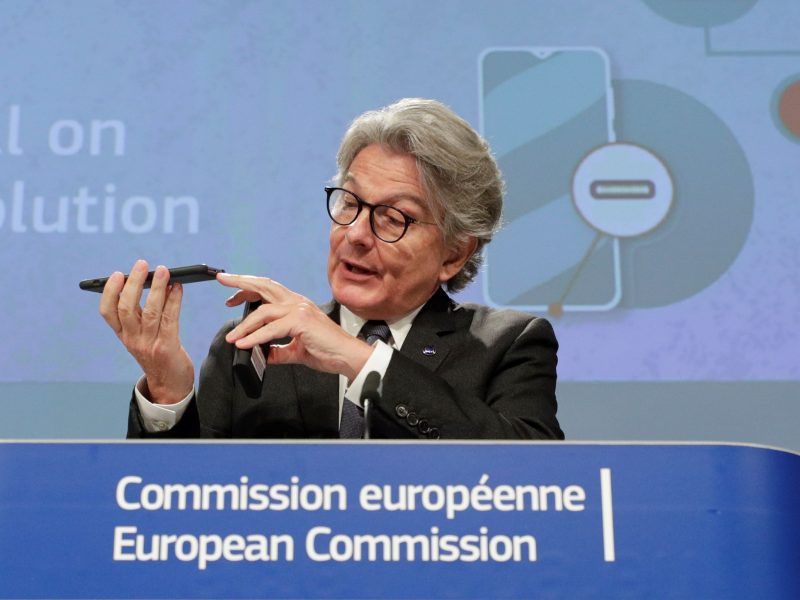 The European Commission presented on Thursday (23 September) a proposal to establish a single charger for smartphones, tablets and other devices in two years.

In a parliamentary hearing in December, EU lawmakers from both sides of the aisle agreed that they should seize the opportunity to extend the proposal’s scope to cover more types of devices like laptops, smartwatches and domestic appliances.

However, in the hearing, the Commission’s representative Barbara Bonvissuto pushed back by stressing that only devices with similar charging characteristics could be added. For instance, laptops might have higher power requirements than a smartphone.

The MEPs are calling on the European Commission to assess the state of wireless chargers by the end of 2026, to evaluate the interoperability, energy efficiencies and safety of non-wired solutions against potential lock-in effects, the practice of making it impossible for consumers to use alternative products.

Moreover, the EU executive is invited to review the list of devices included in the proposal by the end of 2028 via delegated acts, a secondary legislation. If that is not the case, the Commission would have to justify its decision before the EU Parliament and Council. 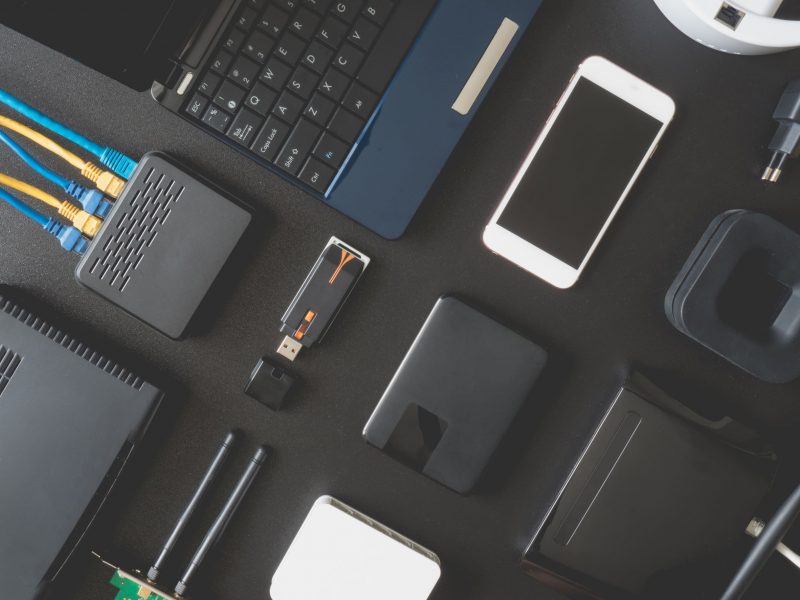 The first hearing in the European Parliament on the proposal for standardising electric chargers brought about a cross-party consensus to also include wireless chargers, laptops, smartwatches and other electronic devices. However, the European Commission stood its ground on technical reasons.

Left-of-centre MEPs pushed for extending the measures to fight bundling, the practice of selling several products in a single package, arguing that acquiring a product separately should not be less convenient than buying it together with the device.

By contrast, for the Commission, pricing was beyond the scope of the directive, which might nevertheless result in lower prices by promoting competition between charger manufacturers.

The parliament’s report maintained the original text requiring the manufacturers to give consumers the possibility to acquire the charger separately. However, the EU executive would be required to carry out an impact assessment on bundling practices and make a proposal for mandatory legislation if appropriate.

“Consumers will have an option to buy the device without a charging device or cable. This will help us to decrease the amount of e-waste,” centrist MEP Róża Gräfin von Thun told EURACTIV.

The parliamentary report also extends the information requirements that should be provided when selling a device. The charger and related instructions should include a label displaying the minimum and maximum power requirements in a standardised graphic form.

This requirement is intended to enable the consumer to make an informed choice on the charging solution that best fits its electronic equipment. In addition, the Commission might establish a colour-based legend to simplify the process.

The European Parliament’s mandate is expected to be adopted without a plenary vote. The EU Council reached its position in January. No date has been set for the beginning of the interinstitutional negotiations by the time of publication.