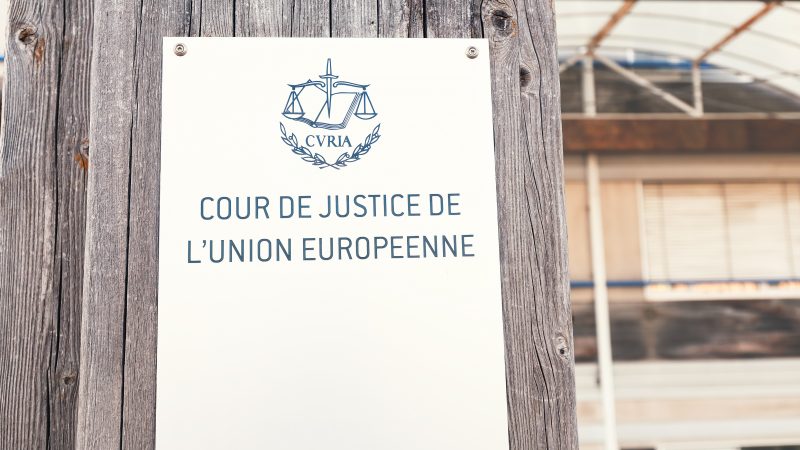 The EU Court of Justice has ruled that the chamber allows for the dismissal of judges on political grounds and ordered Poland to dissolve it. [frantic00/Shutterstock]

The EU Advocate General’s rejection of groundless data retention increases pressure on Germany’s Social Democrats (SPD), who are currently navigating the issue as a part of ongoing coalition negotiations. The new ruling could lead them to relent on their stance. EURACTIV Germany reports.

According to insiders, data retention is one of the sticking points in the coalition talks between Germany’s social democratic SPD, Greens, and business-friendly liberal FDP.

Negotiators are eagerly looking to Brussels, where Advocate General Campos Sánchez-Bordona declared on Thursday (18 November) that the German regulations on data retention anchored in the Telecommunications Act are not compatible with EU law.

While the Social Democrats strongly favour data retention, the Greens and the FDP strictly reject it and want a definitive turn away from unjustified storage of personal data.

However, although not binding, the legal opinion is highly influential and often anticipates the Court of Justice of the European Union (CJEU) ruling. The result might there, might be enough to make the SPD give in.

“The assessment on data retention published today by the Advocate General of the European Court of Justice has been noted with great attention by the negotiators of a possible ‘traffic light’ coalition [between SPD, Greens and FDP],” Falko Mohrs, who is co-negotiating for the SPD in the Digital Innovation Working Group, told EURACTIV.

Mohrs said the SPD would “carefully examine” the Advocate General’s assessments and bring them into the coalition negotiation’s discussion on data retention.

The ruling mainly plays into the hands of the Greens and the FDP, who have consistently opposed data retention.

The FDP’s technology policy spokesman, Mario Brandenburg, stressed to EURACTIV that storage of personal data “must finally come to an end”.

“That is why I expressly welcome the report by Advocate General Manuel Campos Sánchez-Bordona presented today,” Brandenburg continued.

Criticism also came from the Greens.

“The advocates of data retention keep running their heads into the same constitutional wall”, Konstantin von Notz, who headed the Internal Security Working Group for the Greens in the coalition negotiations, told EURACTIV.

The Advocate General’s opinion deals with the legal dispute between the Federal Network Agency and the internet provider SpaceNet and Telekom. The latter had taken legal action against the regulation, which would have obliged them to store specific data and make it available to authorities.

Although the German regulations on data retention have been on hold since 2017 due to a ruling by the Higher Administrative Court in Münster, the SPD has so far continued to insist that it is the appropriate means to fight organised crime.

The social-democrats are not alone in this position because the European Commission is also planning to reintroduce and expand data retention.

The previous government, which currently only acts as a caretaker until coalition negotiations for the new government are finalised, supported the plans of the EU Commission. According to internal information from Der Spiegel, Berlin favours reintroducing these measures and expanding their scope.

Since the government’s position paper, which represents Germany’s official position on the matter, is already with the European Commission, the current caretaker government could still influence the negotiations, which the FDP, particularly, warns against.

“One can therefore only urgently warn the caretaker government against becoming active in the current talks at EU level and thus attempting to bind the future government to this,” FDP deputy parliamentary party leader Stephan Thomae emphasised in a statement.

In addition, the upcoming German government must finally deviate from the positions of its predecessor and prevent the introduction of regulations on data retention, Jennissen added.