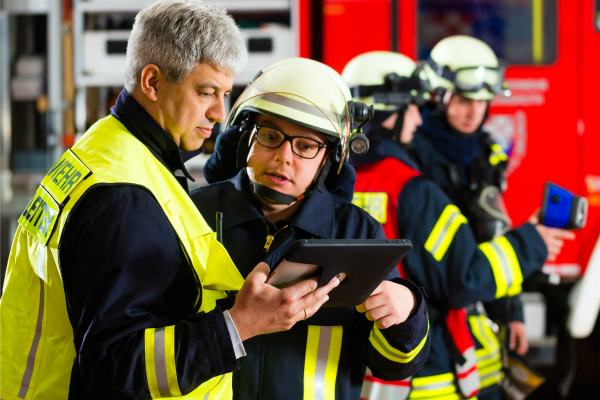 National governments have failed to use the latest caller location technology to help emergency services find people who use the 112 pan-European emergency number, the European Commission said today (11 February).

Only 41% of Europeans realise they can reach the emergency services everywhere in Europe by calling 112 free of charge, EU figures show.

This is despite the fact that 112 has been accessible since 2008 across the 28-member bloc, and the European Economic Area (EEA), including Norway and Iceland.

The number is accessible free of charge from any device, 24 hours a day, seven days a week.

For the European Commission, EU countries are responsible for this lack of awareness and have been dragging their feet to take the necessary initiatives at national level.

“I am worried citizens are ignorant of an important basic service, and that national governments are not doing more to make them aware and to make the service work in practice,” said Neelie Kroes, the EU commissioner in charge of the digital agenda.

At issue are caller location services, which have not been implemented in all countries.

“Fixing caller location is a national government responsibility, not an EU responsibility,” Kroes said, fending off accusations that the Commission had not done enough to enforce the rules.

Kroes said she had reminded national ministers of their duty. In a letter, she asked them to provide information about national plans for promoting and effectively implementing 112, by 30 March 2014.

"The EU has made the service available, now others must also take their responsibility,” Kroes said.

However, Kroes herself came under fire for her lack of initiative in improving the functioning of the European emergency number 112.

“Despite the unconditional support of the European Parliament, the Commission, and in particular Neelie Kroes, has done little to improve the functioning and the awareness of 112,” said EENA, the European Emergency Number Association.

EENA staged an event in Parliament on Tuesday (11 February) to raise awareness about the issue, on the occasion of the European 112 Day.

Art?ras Kedavi?ius, the former head of the Lithuanian 112 service, explained how the lack of leadership at EU level had tragic consequences when a women who called 112 eight times could not be located, and therefore, rescued.

Kedavi?ius was forced to resign over the incident. "I had to take the all the blame for what happened, while in fact mobile operators should have been obliged by the European Commission to send the location information to emergency services,"  Kedavicius said.

eCall compulsory for all new cars as of October 2015

Meanwhile, the European Parliament’s internal market committee voted in favour of fitting all new cars and vans with the compulsory in-vehicle “eCall” emergency system as of October 2015.

The system, using the 112 emergency call number, would enable emergency services to reach the crash scene faster, saving lives and reducing injuries, MEPs explained, saying it could save 2,500 lives every year.

But Dr. Demetrios Pyrros, of the EENA, was unimpressed by the eCall initiative, saying it only represents 1.7% of the total number of emergency calls in the EU.

"I can't understand or accept that the Commission invests millions of euros in the eCall project,” he said in a statement circulated ahead of European 112 Day.

“At least €4 billion could be saved annually thanks to the deployment of accurate caller location information: does the Commission fear the mobile operators' pressure?" Pyrros asked.

Europeans have been able to call the emergency number 112 since December 2008 from anywhere in the EU, free of charge.

When a person dials 112, a specially trained operator will answer the call and transfer it to the relevant emergency service in the country – an ambulance, the fire brigade or the police.

112 doesn't replace the existing national emergency numbers. In most countries, it operates alongside them.