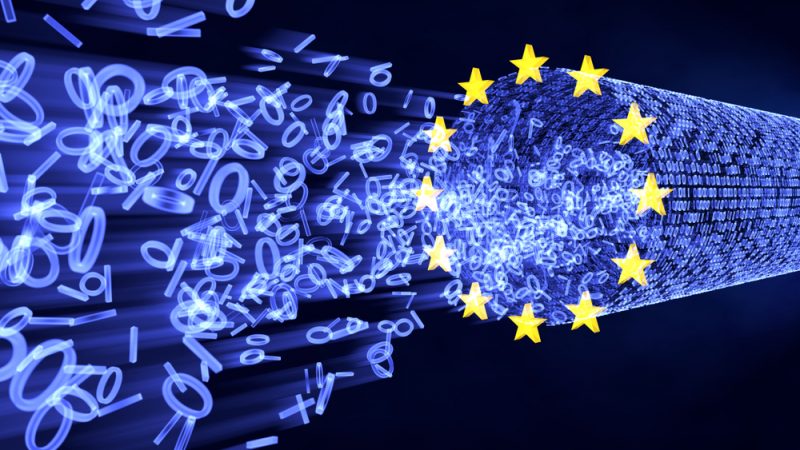 As part of the so-called 'Digital Day' event hosted by the European Commission and the Portuguese Presidency of the EU, there are plans for nations to put pen to pen on three declarations. [Shutterstock]

EU nations will on Friday (19 March) sign off on a series of declarations designed to ensure the bloc can build a sustainable, sovereign, and competitive future in its digital transition, documents obtained by EURACTIV reveal.

As part of the so-called ‘Digital Day’ event hosted by the European Commission and the Portuguese Presidency of the EU Council, there are plans for nations to put pen to paper on three declarations, covering Europe’s future in the global data space, its support for the startup ecosystem on the bloc, and a declaration on a ‘green and digital transformation’ in the EU.

One of the draft documents, entitled ‘EU Startup Nations Standard of Excellence,’ raises concerns about how Europe’s SMEs have fared during the coronavirus pandemic and introduces several objectives for helping innovative businesses get back on track in this context.

“Nearly half of European founders found it harder to raise funding in 2020, which was compounded for many by the challenge of declining sales due to the COVID crisis,” the declaration states, adding that in 20 EU nations the funding raised by startups in 2020 was lower than in 2019.”

One such benchmark is for EU nations to commit to a series of best practices, including the goal of allowing startups to be established both online and offline “in one day for a fee of no more than 100 EUR.”

Moreover, in a bid to attract and retain talent, there will be opportunities for entrepreneurs from third countries to fast track their visa applications through the system, as well as introducing ‘incentives’ to “encourage the return of EU tech-talent who emigrated to third countries.”

There are also wider goals that will allow for startups to access “alternative ways of achieving compliance,” as a means to avoid overly burdensome regulation.

The declaration also encourages EU nations to use part of the bloc’s recovery fund €750 billion outlay to “enhance access to venture capital for startups through the European Investment Bank (EIB), Promotional Banks or other dedicated vehicles,” as a means to address the current investment downfall faced by many of Europea’s startups.

This should be complemented, the document notes, by appropriate tax relief measures to “stimulate and support early state funding.”

The declarations, which will also cover the EU’s goals in the data space and its sustainable ambitions, will be presented as part of the ‘Digital Day’ on Friday, featuring the EU Commissioner for the Internal Market, Thierry Breton, and senior representatives from the EU executive’s DG Connect.

Portuguese Prime Minister Antonio Costa may also make an appearance but it has not been confirmed.