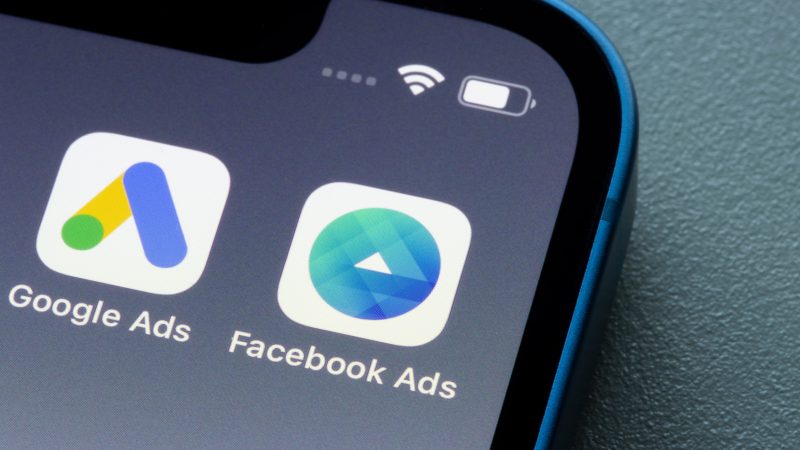 [The inquiries also echo a suit filed in the US in 2020 and updated earlier this year which alleged an illegal deal between the two companies when it came to ad service bidding. Shutterstock / Tada Images]

This article was updated to include a comment from Google.

The European Commission launched on Friday (11 March) a competition investigation into whether Google and Meta had violated EU antitrust law in their use of online display advertising, in parallel with the UK’s Competition Market Authority’s own probe.

The EU’s probe concerns an agreement struck between the two firms in 2018 that saw Meta’s Audience Network tool – which bids for ad space on behalf of third party publishers, such as apps – join Google’s Open Bidding programme, which allows for real-time auctions on ad space.

The Commission’s inquiry will focus on this collaboration between the two via an agreement code-named “Jedi-Blue”. The probe will investigate whether the two companies colluded to exclude ad tech services competing with Google’s Open Bidding programme and therefore restricted or distorted competition in the online advertising market.

On the same day, the UK’s Competition and Markets Authority (CMA) launched its investigation into the partnership with the similar objective of assessing whether Google has abused its dominant position.

The inquiries also echo a suit filed in the United States in 2020 and updated earlier this year which alleged an illegal deal between the two companies regarding ad service bidding.

“Via the so-called “Jedi Blue” agreement between Google and Meta, a competing technology to Google’s Open Bidding may have been targeted to weaken it and exclude it from the market for displaying ads on publisher websites and apps”, said EU Competition Commissioner Margrethe Vestager.

“If confirmed by our investigation”, she said, “this would restrict and distort competition in the already concentrated ad tech market, to the detriment of rival ad serving technologies, publishers and ultimately consumers.”

In the UK, the CMA’s probe focuses on header bidding, an ad-buying method that allows publishers to offer their ad space to multiple bidders simultaneously rather than sequentially.

This switch theoretically increases the competitiveness of the auction process and, therefore, publishers’ revenues from it, but also poses a threat to Google, which runs and therefore profits from the sequential approach.

The CMA is asking whether Google and Meta restricted or blocked the use of these header bidding services and, more broadly, whether Google abused its dominant market position to gain an advantage over competitors offering similar ad tech services.

“We’re concerned that Google may have teamed up with Meta to put obstacles in the way of competitors who provide important online display advertising services to publishers,” said Andrea Coscelli, the CMA’s chief executive.

“If one company has a stranglehold over a certain area, it can make it hard for start-ups and smaller businesses to break into the market – and may ultimately reduce customer choice.”

In 2020, the CMA concluded a market study into online platforms and the UK’s digital advertising market, including Google and its header bidding services. The review also covered the broader collection of ad tech tools (or “ad tech stack”); the CMA notes that it has received further complaints concerning Google’s conduct here.

In response to the investigations, a Google spokesperson said “The allegations made about this agreement are false. This is a pro-competitive and publicly documented agreement that allows Facebook Audience Network (FAN) to participate in our Open Bidding program, along with dozens of other companies.”

“FAN’s participation is not exclusive and they do not receive any benefits that would help them win bids. The goal of the programme is to work with a range of ad networks to increase demand for ad space from publishers, enabling those publishers to generate more revenue. Facebook’s participation in this program contributes to this. We stand ready to answer any questions from the Commission or the CMA (UK Competition Authority).”

The investigations by the CMA and the Commission follow a 2020 civil case filed by the Texas Attorney General, which first highlighted potential competition concerns surrounding Google and Meta’s agreement, though only named the former as a defendant.

An amended version of the Texas lawsuit published in January this year alleged that the chief executives of both companies oversaw the formation of the deal, giving Meta an advantage in the ad auctions being run by Google.

The suit claims that the deal saw Meta support Google’s Open Bidding programme over the header bidding approach. According to case documents, Facebook COO Sheryl Sandberg described the agreement as “a big deal strategically” in an email to recipients, including the company’s CEO, Mark Zuckerberg.

Both companies have pushed back against the Texas suit, dismissing its allegations and the idea that the agreement was anti-competitive.