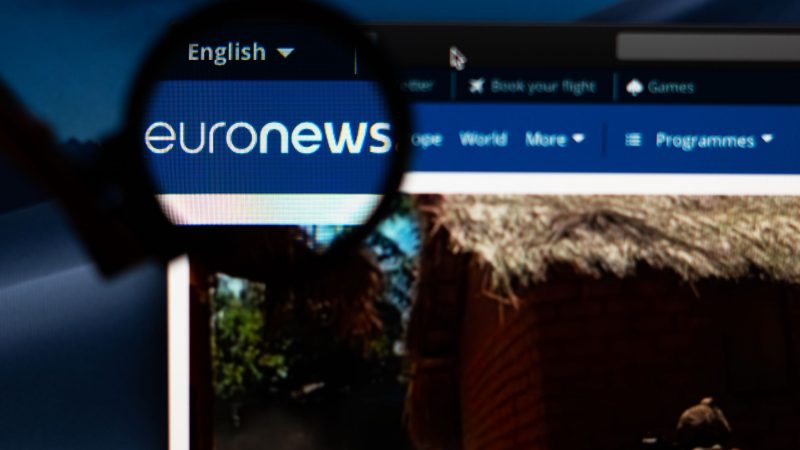 The pan-European broadcaster Euronews will be acquired by a Portuguese venture capital firm that has the ambition to make the news network a global actor, its management said.

Euronews was launched in 1992 with the ambition of being the European version of CNN, but in recent years it has experienced a difficult period that led to significant internal restructuring. However, the international broadcaster says it is now financially recovering quicker than expected, and it is expected to return profitable in 2023.

“Euronews is at a turning point in its history. The changes that have been implemented and will be implemented in the future are a testament to the success of the company’s transformation strategy over the last few years,” said Michael Peters, CEO of the media since 2011.

Peters will step down as CEO and become Chairman of the board of directors. Benedicte Bachs, the current CFO, will temporarily take over the role of CEO for six months.

EXCLUSIVE / The European Commission has finally decided to “look seriously” at the many problems plaguing Euronews, the TV station created in 1992 as a “European response” to CNN, according to official letters seen by Euractiv.com.

In 2017, the US newsgroup NBC acquired a 25% stake in Euronews, raising concerns of the ‘Americanisation’ of the European network. NBC sold its share to Media Global Networks last year, a company owned and managed by Egyptian billionaire Naguib Sawiris.

In this context, Alpac Capital will be taking over the 88% shares of Euronews from Media Globe Networks, The media network is, therefore, to return to full European ownership.

Alpac Capital “is a firm that attracts resources from different parts of the world to invest in Europe across different asset classes,” according to the company website.

The Portuguese investor is mainly focused on scaling up SMEs with high potential, hence taking over Euronews brings the company’s ambition to a whole new level.

The recovery was at least in part driven by the digitalisation of its services, with the launch of online vertical products in specific areas such as green, travel and culture. The new management is committed to accelerating this trend with further investments.

“In the coming months we will have to build a resolutely digital project, so that with this transformation, Euronews can take its rightful place in Europe,” said Pedro Vargas David, president of Alpac Capital.

The European Commission has been directly financing Euronews for reporting on EU affairs, with the broadcaster set to receive €16 million in 2021 alone. However, the EU executive decided to gradually open such financing to the competition as of 2024.

A Commission spokesperson declined to comment on the situation of a private company but said the EU executive is monitoring that changes in management and editorial workflows do not impact their contractual arrangements.

A source familiar with the matter told EURACTIV that the move had in fact been welcomed by policymakers in the EU Commission and Parliament.

The takeover is due to be finalised in the first months of 2022.