On 1 December, Commissioner Günther Oettinger received Deborah Turness, President of NBC News, in Brussels. The CEO of Euronews, Michael Peters, participated in the meeting and talks focused on the broadcaster, which benefits from an estimated €25 million in annual funding from the EU. [European Parliament/Flickr]

Euronews journalists passed a no-confidence vote in the broadcasters’ management and adopted a statement saying that their media could no longer be seen as an independent and balanced voice.

The trade union Force Ouvrière adopted a statement saying that at the moment, Euronews is no longer an organisation with a European approach and with a European vision for its future, something that should be obvious for such a channel.

No right to criticise Turkey and Russia

A journalist from Euronews who asked not to be named told euractiv.com that their media was no longer allowed to criticise Turkey following the failed 15 July coup and Russia’s assertive policy vis-à-vis neighbours and EU members.

In February 2015, Egyptian billionaire Naguib Sawiris bought a majority stake of 53% in Euronews, following a visit by Vladimir Putin to his country. The deal raised a number of questions over Euronews’ future editorial posture and its independence.

In recent days, reports surfaced of talks with US broadcaster NBC News, who plans to buy a 15% and 30% stake in Euronews. Sawiris still plans to remain the majority shareholder.

On 1 December, Commissioner Günther Oettinger received Deborah Turness, president of NBC News, in Brussels. The CEO of Euronews, Michael Peters, participated in the meeting and talks focused on the broadcaster, which benefits from an estimated €25 million in annual funding from the EU, but in which the Union is not a stakeholder. Oettinger is responsible for the digital economy and audiovisual.

In its statement, the trade union raises a number of questions to management, the first one being how it can justify the closure of the Ukrainian service in the actual context of tension between Kyiv and Moscow.

The Ukrainian service of Euronews was bought in March 2015 by Ukrainian oligarch Dmytro Firtash, which led to the government in Kyiv banning the service for its suspected bias. 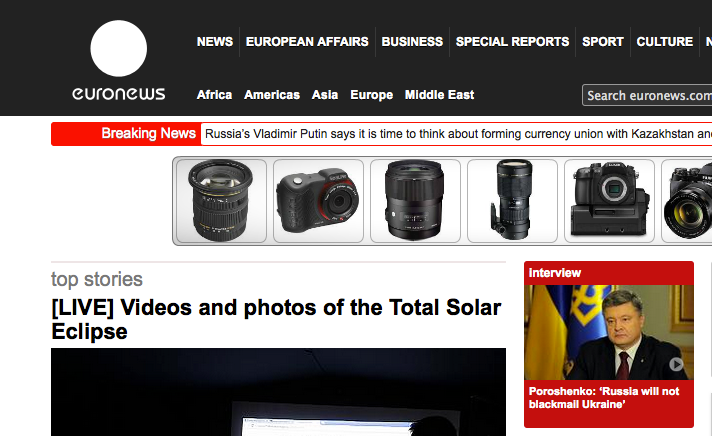 Later, Firtash abandoned the project, which triggered another scandal, with the Russian service refusing to provide jobs to journalists from the Ukrainian service, in violation of French labour legislation.

“How can we accept the endless list of unethical choices made by the management in recent years and still have confidence in such a management? The list is long: Dimitry Firtash, suspected of corruption, Denis Sassou Nguesso, 30 years in power, suspected of numerous allegations of corruption in his inner circle,” the journalists state.

In January 2014, Euronews announced a partnership with public broadcaster Télé Congo “under the auspices” of President of the Republic of the Congo Denis Sassou Nguesso to create Africanews. 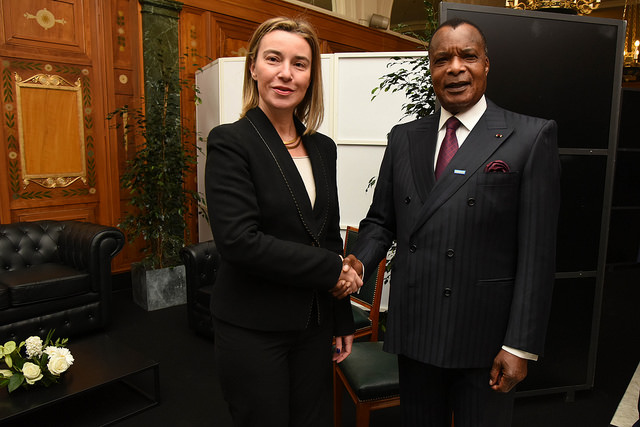 Sassou Nguesso recently extended his nineteen-year grip on power, despite international concerns about the fairness and transparency of the poll.

The trade union also deplores a decision by the management to switch the Farsi and Arabic services to web-only editions, when there is a potential TV audience of hundreds of millions of people.

It also raises the issue of the plan to sell a significant part of the company to the American NBC network.

“[How can this] assure our future as a European, independent television channel? We don’t oppose  an injection of money which will maybe allow to temporarily keep us alive, but we want guarantees that Euronews will not end fully controlled by an American media. Remember the case of Eurosport: in 2012, the American group Discovery bought a stake of 20%. In 2015, three years later, they took full control of the company. We think this can happen here too,” the journalists warn.

Another concern raised is the management plan to give the English service a leading role. “This plan seems rather to be the prelude for the extinction of our multilingual model,” they said.

Journalists pointed out that the sponsored magazines that the broadcaster produced in recent months, on countries such as Uzbekistan, were undermining the public service mission of Euronews.

EURACTIV asked Commission Chief Spokesperson Margaritis Schinas to comment on the Euronews journalists’ concerns. As on previous occasions when questions about Euronews were asked, Schinas replied that this was a private company and that the Commission did not contribute to decisions made by Euronews.

This, however, seems to contradict not only the sudden interest of Oettinger in meeting the NBC president but exchanges between the Commissioner and Commission President Jean-Claude Juncker as related in the minutes of a College meeting held on 18 March 2015.

In this meeting, Oettinger raises the takeover of Euronews by the Egyptian billionaire, as well as of the new Ukrainian shareholder, Dmytro Firtash.

Oettinger is quoted as saying that the Commission has opened a “strategic dialogue” with the channel with the objective to adopt a common vision about its future.

In turn, Juncker is quoted calling for “everything to be done in the coming period to guarantee the editorial independence” of the broadcaster.

EURACTIV asked Juncker a question concerning Firtash’s involvement with Euronews only two days later after the exchange at the College meeting, on the occasion of the 20 March 2015 EU summit.

Juncker pretended to not be aware and amused the audience by saying that as he lives in Brussels in a hotel where there were only five channels, he watched Euronews all night long.

One response to “Euronews journalists, technicians clash with management”