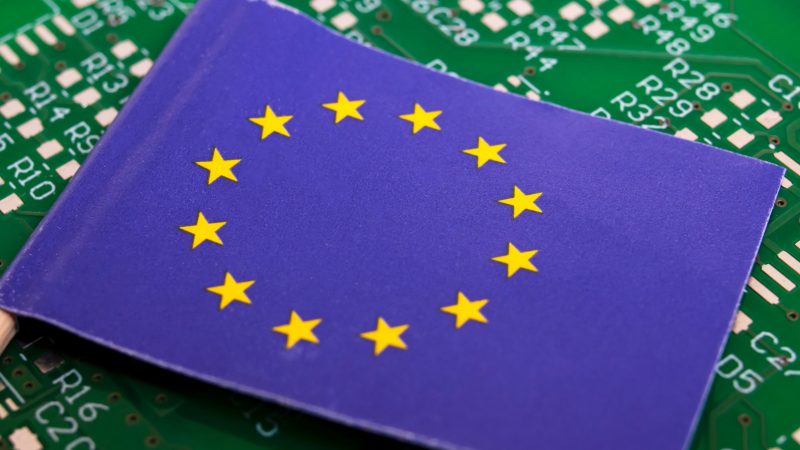 The European Chips Act will focus on research, production and international cooperation. [Shutterstock]

“The aim is to jointly create a state-of-the-art European chip ecosystem including production and insurance, our security of supply and will develop new markets for groundbreaking European tech,” the Commission chief said in the European Parliament in her annual State of the Union speech.

Von der Leyen argued that Europe should regain its global leadership in chip production, lost in the last three decades to global competitors from Asia and America. She drew a parallel with Galileo, the EU navigation system, that according to Commission estimates is now present in two billion smart devices.

The global shortage of semiconductors has become a sore point for the notion of strategic autonomy, as the lack of supply has affected different extents types of supply chains using electronic systems.  Experts the shortage is likely to last a while given the growing number of electronic devices.

Internal market Commissioner Thierry Breton has insisted on several occasions that Europe should boost its domestic capacity and for that purpose, the Commission launched earlier this year an industrial alliance to coordinate the work of businesses, research and other stakeholders.

Presenting the initiative in a LinkedIn post, Breton noted that “semiconductors are at the centre of strong geostrategic interests, and at the core of the global technological race”. The reason is that “the race for the most advanced chips is a race about technological and industrial leadership.”

Industrial superpowers like the United States and China are already investing massively in expanding their semiconductor capacity, an effort followed by some European countries such as Germany.

For Breton, the Chips Act is a “strong geopolitical and economic signal” that national efforts will be effectively coordinated at the European level. The initiative is meant to provide a framework that avoids fragmentation of the single market drive by public subsidies at the national level.

The Commission considers Europe’s research capacity as its main competitive advantage in the industrial race. Thus, a European Semiconductor Research Strategy will be launched to build on existing research partnerships.

“What we know so far about the European Chips Act points to an adjustment of the EU strategy into the right direction. The new priority given to research and development and the mentioning of chip design as an area of importance is especially welcomed,” said Niclas Poitiers, a research fellow at Bruegel’s think tank.

Secondly, a plan to boost Europe’s production capacity will also be presented. The intention is to favour the development of high-capacity chip production plants in Europe, in particular, to produce energy-efficient and technologically advanced semiconductors of two nano-millimetres or below.

“We must regularly monitor our industrial supply chains, anticipate possible future disruptions, and ensure the resilience of our entire supply chain,” Breton said.

The third and last part of the Chips Act will include a mechanism for international cooperation and partnership, intended to geographically diversify Europe’s semiconductor supply chains so as to make it less dependent on certain countries or regions. Boosting domestic semiconductor capacity will also require importing know-how from foreign suppliers.

“Today’s announcement of an EU Chips Act to foster a vibrant, cutting-edge and future-proof semiconductor ecosystem in Europe is a welcome step and aligned with our shared ambitions to reinvigorate the sector in the EU,” said  Christin Eisenschmid, Vice President of Intel, a US chipmaker that has committed to expanding its European operation. 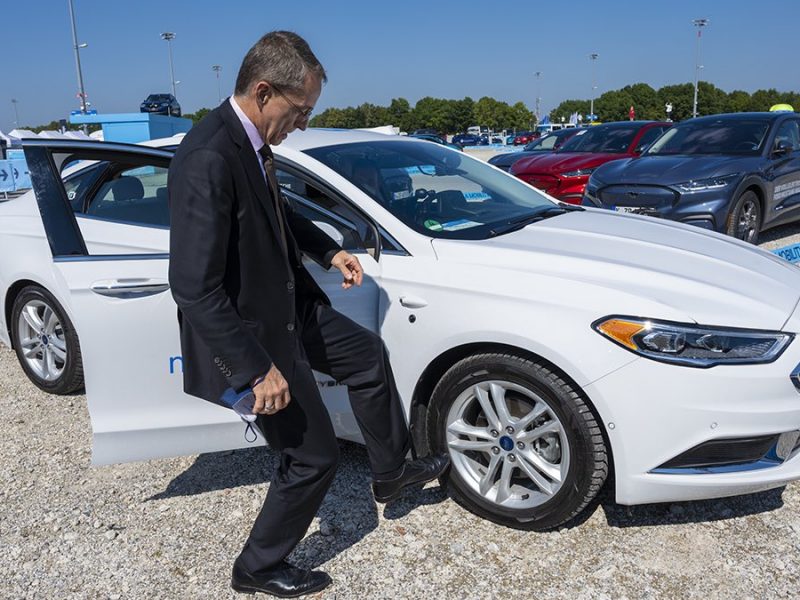 Intel Corp on Tuesday (7 September) said it could invest as much as €80 billion in Europe over the next decade to boost the region’s chip capacity and will open up its semiconductor plant in Ireland for automakers.

Breton also announced setting up a European Semiconductor Fund, which would complement existing financing opportunities at the EU and national levels, as well as the Important Projects of Common European Interest (IPCEI), the Commission’s instrument for strategic industrial investments.

Bruegel’s Poitiers said that “the proposed European Semiconductor Fund could be a way to resolve the lack of coordination of national subsidy programs in the European industrial strategy”.

The new financial instrument might be a way to fill in the current investment gap, as chips are very advanced technologies that require years of research and expensive production facilities.

Paul Boudre, CEO of leading French company Soitec, told the Financial Times that to boost their capacity, European chipmakers would need at least €20 bn in subsidies.