Europe hopes to make 5G networks a reality by 2018

By Jorge Valero reporting from Barcelona

Factories of the future, automotive, health, energy, and media and entertainment will be the key drivers of 5G development in Europe. [Intel/Flickr]

This article is part of our special report Mobile World Congress 2016.

The European Commission will unveil its strategy to develop the next generation of mobile broadband network (5G) on Monday (22 February), EURACTIV has learned.

In the coming months, the European Commission, tech firms, and various industries will demonstrate European progress on developing 5G.

A Commission official told EURACTIV that the intention is to come up with fresh ideas by July, in order to showcase the first results by 2018.

Key objectives of the 5G public private partnership (PPP), launched last year, are outlined in a Commission white paper on ‘5G: empowering vertical industries’, that will be unveiled during the Mobile World Congress in Barcelona on 22-25 February.

It lists the most important performance targets 5G needs to achieve for supporting services in these five sectors. Those include a speed of data transmission below five milliseconds (latency), reliability and density (up to 100 devices per square meter) along with tight constraints on territory and population coverage.

The Commission’s intention is not only to demonstrate the progress made by 2018, but also to come up with a credible plan to deploy the technology.

The European Commission is considering a comprehensive plan to support the growing connectivity between machines, but may settle for a more targeted initiative as part of its Digital Single Market strategy, EURACTIV has learned.

Commission officials say the EU wants to avoid the kind of mistakes made during the adoption of 4G. Though the previous generation of mobile broadband was mostly developed in Europe, companies and consumers did not immediately benefit from the new technology.

A 5G standardisation framework will be defined this year. The process will be driven by the needs of industry, in order to ensure a successful deployment, the official said. “We hope that the European technology will be the chosen one during the implementation phase,” he added.

“Europe had a success story with 3G,” said Spanish MEP Pilar del Castillo. Now Europe wants to tap its traditional industry dominance to lead in what is seen as the main technological revolution of recent decades.

The disruptions brought by 5G extend well beyond the realm of communications. By allowing to connect multiple devices and sensors, the technology is also expected to transform our homes, our cities and industries.

But in contrast with other regions, where development is very much consumer-oriented, European efforts are focused on supporting one of the attributes of 5G: machines talking to machines.

By 2018, Europeans are expected to showcase their first achievements in the so-called Internet of Things, bringing about what some have branded the fourth industrial revolution, the Commission official said.

The automotive sector is seen as a “prime candidate” for pioneering the technology, due to the fast advances made in driverless cars.

China and Europe share an interest in the industrial applications of 5G, including in manufacturing, connected cars, robotics and precision farming. 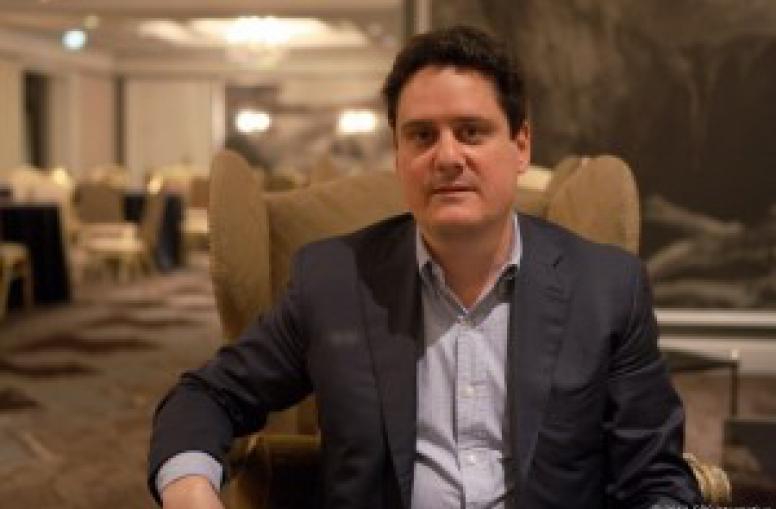 China, EU, 5G and the Internet of the future

The road to 5G may be long and contain hurdles and a detour or two but European commissioner’s visit to Beijing provides perfect opportunity to jumpstart the collaboration, writes Luigi Gambardella.

Meanwhile, Japan and South Korea are prioritising video and gaming.

South Korea wants to present its first results during the 2018 winter Olympics. According to media reports, South Korea’s KT will offer 360-degree virtual reality viewing of the games.

Before reaching the demonstration phase, tech companies and researchers still need to overcome important technical hurdles to use the full potential of 5G.

One of the most challenging obstacles is to reach a latency target of 1 millisecond. “This is extremely difficult, it is practically the speed of light,” experts said.

The 5G standardisation framework will be defined by 2016. The process will be driven by the needs of the industry to ensure a successful deployment, the Commission expert said.

“We hope that the European technology will be the chosen one during the implementation phase,” he added.

The European Commission launched a Public-Private Partnership on 5G in December 2013. The EU will invest €700 million by 2020 in this partnership through the Horizon 2020 research and innovation programme. EU industry is set to match this investment by up to five times, to more than €3 billion.

Last september, the EU and China signed an agreement to bolster the cooperation in the development of 5G. The agreement included joint research actions in this area, and to facilitate bilateral participation of companies in 5G research projects in China and the EU. It also foresaw jointly promote global standardisaton for 5G, in parallel with the ongoing work in organisations such as the 3rd Generation Partnership Project (3GPP) and the International Telecommunication Union (ITU).

The agreement reached with China was similar to other pacts sealed with South Korea and Japan.

The 5G PPP presented its vision on the technology and the infrastructure required for 5G during the 2015 Mobile World Congress.

Its implementation is closely interlinked with the reorganisation of the spectrum band. The executive recently presented a new proposal for the usage of the 700 Mhz band to pave the way the arrival of 5G.

National governments must announce their plans to move TV broadcasters below the 700 MHz band by 2017, which will be assigned exclusively to wireless broadband by 2020.