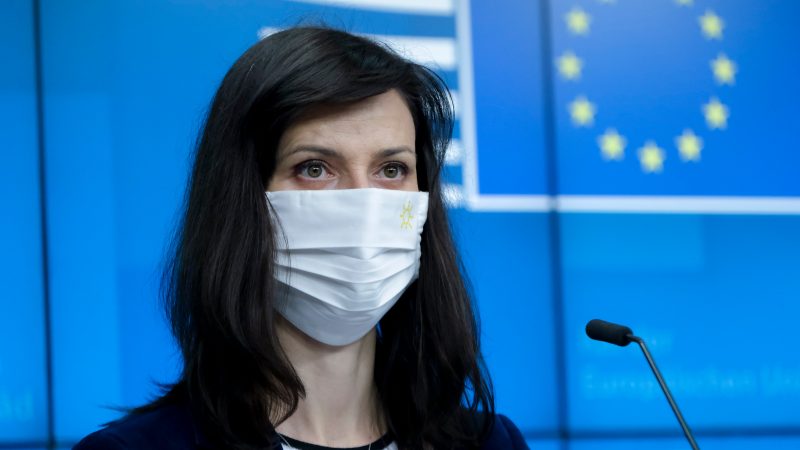 Officially launched by Commissioner Mariya Gabriel on Thursday (25 November), the Forum is intended to serve as a coordination point to promote dialogue on improving Europe’s innovation landscape. [Shutterstock / Alexandros Michailidis]

The Forum, launched on Thursday (25 November) during EIC’s 2021 summit, is intended to foster the informal discussion of policy issues in the European innovation space.

Speaking at the summit’s opening on Wednesday, EU digital chief Margrethe Vestager said the EIC was aiming to supply “venture capital-style investments straight into the equity of startups.”

“The idea is not to replace private funding. Quite the opposite, in fact – the idea is to put the first coins on the table so that private investors feel both confident and interested to join in.”

Beginning in 2018 under the Horizon Europe programme, the EIC supports innovation on breakthrough technologies and the scaling up of the companies that develop them.

The EIC’s current budget of €10.1 billion is directed towards supporting startups and SMEs working on emerging technologies.

Companies can apply to the EIC fund to receive a mix of grants and equity for their projects, providing seed capital for them to then use to secure private funding.

Since the EIC’s pilot phase in 2018, Vestager said, it has “invested some €3.8 billion in more than 5,000 startups and SMEs – and private follow-on investments have almost quadrupled that amount.”

Beyond pure investment, attention has also turned to the broader European policy environment and how it could be made more conducive to innovation.

The establishment of the Forum marks a step towards this broader focus. It will foster dialogue between actors, from academics to those working in the market, on the issues affecting innovation in Europe and will act as an arena for devising and coordinating potential responses, including how to better link research, education and business.

Speaking on Thursday, Mariya Gabriel, the Commissioner for Innovation and Research said the aim was to “connect, contribute and co-create” with a view to developing “common solutions, not just policies.”

The Summit also saw awards handed to a number of innovators from across Europe, with a particular focus on projects being led by female entrepreneurs.

The German city of Dortmund received a prize of €1 million and the title the 2021 European Capital of Innovation while Finland’s Vantaa was named European Rising Innovative City and awarded €500,000. The two positions were decided on the basis of the cities’ creation of innovation-conducive environments.

The EU Prize for Women Innovators was awarded to three women whose organisations spanned a wide range of sectors, from a start-up that has built a digital food supply chain platform to a pharmaceutical company developing new treatments for ocular diseases.

The EU Rising Innovator prize, awarded to entrepreneurs under the age of 30, went to sisters Ailbhe and Isabel Keane for their company Izzy Wheels, which designs wheel covers for wheelchairs.

“This year’s winners are the hopes that will help change the face of innovation, and pave the way for more women entrepreneurs in future”, said Gabriel in awarding the prizes.

Figures released the previous day (24 November), however, demonstrate that women remain under-represented in the fields of research and innovation.

The 2021 She Figures report shows that, while women outnumber men as both students and graduates, there are also significant disparities in their presence in certain careers. This is particularly the case in ICT, science and engineering, and academia, where they hold just 26% of full professorship positions.