The launch took place at 21.20 GMT after a 24-hour delay due to adverse weather conditions. The flight was scheduled at just under 55 minutes from liftoff to separation of the satellite.

Has anyone else noticed the irony in a 24-hr launch delay in ESA's #WindMission due to wind? Obviously we need more precise data on… wind! #aeolus

The “Aeolus” satellite — named after the guardian of wind in Greek mythology — will be placed at an altitude of 320 kilometres (200 miles) above the Earth.

It is part of the Copernicus project, a joint initiative of the European Union and the European Space Agency (ESA) to track environmental damage and aid disaster relief operations. 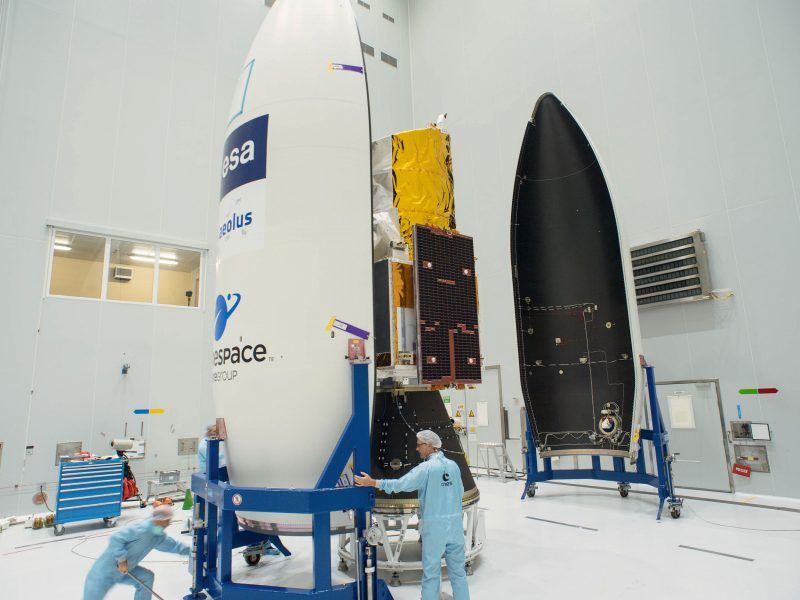 “This mission will thus provide much-needed data to improve the quality of weather forecasting as well as contributing to long-term climate research,” Arianespace said in its website.

It described the satellite as the world’s first space mission to acquire profiles of Earth’s wind on a global scale.

#Aeolus 🛰️, built by Airbus, is the 1st satellite to study Earth’s wind patterns from space with the innovative laser technology instrument Aladin.
🚀Launch is scheduled on 21 August from #Kourou on Vega #VV12.
Stay tuned & Watch this space for more. pic.twitter.com/VhFKYDdLmB

Tropical winds in particular are very poorly mapped because of the almost complete absence of direct observations.

The Doppler lidar transmits short, powerful pulses of laser light toward Earth in the ultraviolet spectrum. Particles in the air — moisture, dust, gases — scatter a small fraction of that light energy back to the transceiver, where it is collected and recorded.

The delay between the outgoing pulse and the so-called “backscattered” signal reveals the wind’s direction, speed and distance travelled.

Others already completed or in operation have measured Earth’s gravity and geomagnetic fields, soil moisture, ocean salinity and frozen expanses collectively known as the cryosphere.

The new mission is also Arianespace’s 50th launch for the European Space Agency.