This article is part of our special report Big data meets politics.

To many in the Brussels bubble, the big data revolution came as a rude awakening, with revelations of mass-scale eavesdropping by US intelligence. Although EU policymakers have now embraced the economic potential of big data, privacy fears are never far in the distance.

Politicians across Europe tend to look suspiciously at the big data revolution as an imported American trend, which encroaches on their privacy.

And with good reason. Revelations that American intelligence services had tapped the servers of internet companies have prompted EU regulators to tighten privacy laws and request a new agreement to oversee data transfers with the US.

In Brussels, some European Commissioners joked at the US spying scandal by starting private press briefings with a customary word of welcome for potential listeners in Washington.

Things have moved on since then. EU policymakers have now become champions of “big data” – both as a driver of economic growth and as a support tool in some policy fields.

One key area is counter-terrorism. Interest in big data analytics picked up significantly after the attacks in Paris last year.

EU initiatives have sprung up to monitor social media websites for posts that spread radical messages and aim to recruit fighters for extremist groups, particularly in Syria.

A forum bringing together internet firms and law enforcement agencies to combat online extremism was launched in December last year, and is said to include delegates from Google, Facebook, Twitter and Microsoft.

Earlier, Members of the European Parliament voted a report calling for criminal charges to be pressed against the likes of Facebook and Twitter if they do not remove posts by jihadists on their websites.

Another flagship project is the creation of a special unit at the European Commission dedicated to countering Russian propaganda, launched in the wake of the crisis in Eastern Ukraine and the annexation of Crimea.

The nine-person unit at the Commission’s External Action Service was created last year. It focuses on “correction and fact-checking of misinformation” on the Internet, based on data gathered by a network of 400 contributors from across the EU and Eastern Europe.

The head of the EU’s five-month-old project to counter Russian propaganda online is appealing to MEPs for help to spread information about the EU.

Making sense of the data

But making sense of the huge amount of information posted on social media requires more than humans.

“Social networks produce such a volume of data that it is impossible to be processed by the human brain purely by reading,” explains Laurentiu Vasiliu, Founder and CEO or Peracton, a company that provides real-time “sentiment analysis” for investors.

“So we do need machines to analyse and process this data for consumption,” said Vasiliu who was speaking at a recent euractiv.com event on big data mining.

Peracton’s tool was initially developed to track “hype” about a particular stock and help traders make decisions on whether to buy or sell.

But the software can be applied to any other area. Counter-terrorism officials for instance may want to track occurrences of particular words or phrases used by jihadists when recruiting online and associate those with geographical locations or specific social media accounts. For politicians running for election, it might involve tracking positive or negative sentiment on social media around some of their campaign themes and help them adapt their message accordingly.

“The opportunities are huge: From politics to economics, people can see in real time what’s going on,” Vasiliu said.

On the regulatory side, the European Commission wants to promote the data-driven economy as part of its Digital Single Market strategy.

“Some say big data is the currency or the oil of the digital single market,” says Beatrice Covassi, deputy head of unit in charge of the data value chain at the Commission’s directorate for digital affairs, DG Connect.

“Yet, only one in twenty top big data companies in the world is European,” she told a EURACTIV event last year, saying the Commission was trying to set in place the right conditions “to create a community around big data” and exploit those technologies in Europe.

“Data and data processing already represents about 5% of the total input that we use in terms of resources in the manufacturing process,” said Hosuk Lee-Makiyama, director for digital economy at ECIPE, a think tank. “This means data is already as important as electricity or labour,” he told the same event, held in June last year.

Even Julia Reda, a German MEP from the Pirate Party, believes big data mining “can have a huge potential” – as long as citizens remain in control of the private information they share online. Some might want to share their medical data online for example because they want to find patients with the same diseases and interact with them. Others might be interested in “quantifying” their social media behaviour, she explained.

But Reda said there are “many legal obstacles” preventing individuals from engaging in such online activities, chief among those being the uncertainty over material shared on social media, which might be protected by copyright.

Privacy issues are also never far in the distance, with fears that data can be harvested without people’s consent.

“The challenge is privacy. If you’re looking at Twitter, Facebook and so on, people need to be comfortable that their data is being used for such analysis – and if not, opt-out,” Vasiliu explained.

Lawmakers in the European Parliament sought to soothe those fears when they adopted a reform of EU data protection legislation last April, after years of arduous negotiation.

Green MEP Jan Philip Albrecht, who represented the Parliament in negotiations with the 28 EU member states, hailed the agreement has “historic”, saying the new General Data Protection Regulation is “future-proof and open to innovation”.

The new GDPR “will enable people to regain control of their personal data in the digital age,” Albrecht claimed in an opinion article co-signed with Věra Jourová, the EU Commissioner for Justice, Consumers and Gender Equality.

“The economy will also greatly benefit from this reform, which is a key foundation of the Digital Single Market,” the pair wrote, saying the reform will reduce costs and increase legal certainty for businesses, with a single set of rules across Europe replacing 28 diverging national laws. 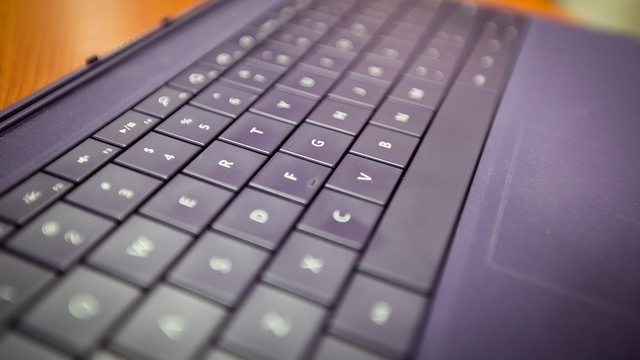 But Julia Reda is also keen to remind enthusiasts about the limits of big data analytics.

“We need a lot of education about what you can do with data but also about the limits of data analysis and where we need to rely on other methods of finding out the truth or making moral judgements,” she said.

“If data protection is respected then big data mining can have a huge potential.”