Pro-Brexit twitterers made up nearly three quarter (70%) of the 1,773 people in Britain using #SOTEU, according to the analysis by EU-Reputation.EU.

The number of tweets exchanged with the hashtag #SOTEU during Juncker’s speech on 14 September. Data extracted from Visibrain.

The UK had the most individual people tweeting in Europe, ahead of Belgium, France, the Netherlands and Germany. Belgium tops the ranking in terms of the number of tweets published.

Despite Jean-Claude Juncker giving very little space to Brexit in his speech, it was one of the most used terms on Twitter as he spoke.

Most used Hashtags during Juncker’s speech.

Based on the volume of tweets, the main highlights of Juncker’s speech were: 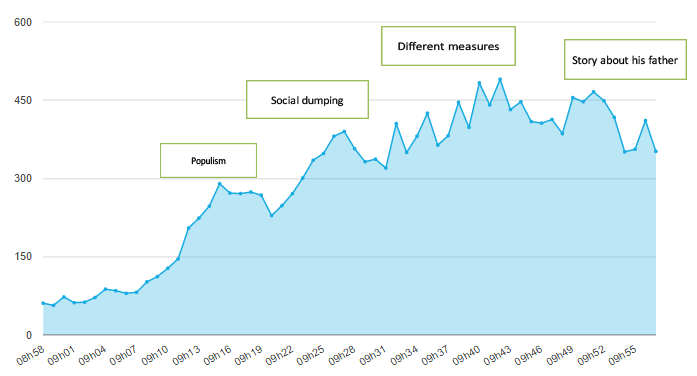 The evolution of tweets containing the hashtag #SOTEU

The study, using data from media monitoring tool Visibrain, also highlighted that campaigners used #SOTEU as a platform to speak about other topics.

Catalan independence was one of them. More than 3,000 tweets were sent from Spain, 788 from Madrid and 849 from Catalonia. 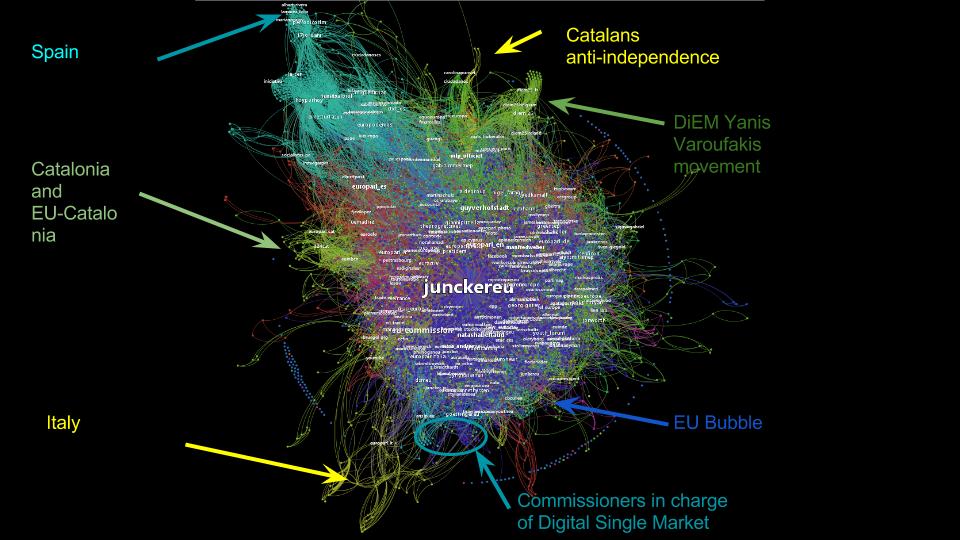