Facebook claims it is a cash cow for EU governments 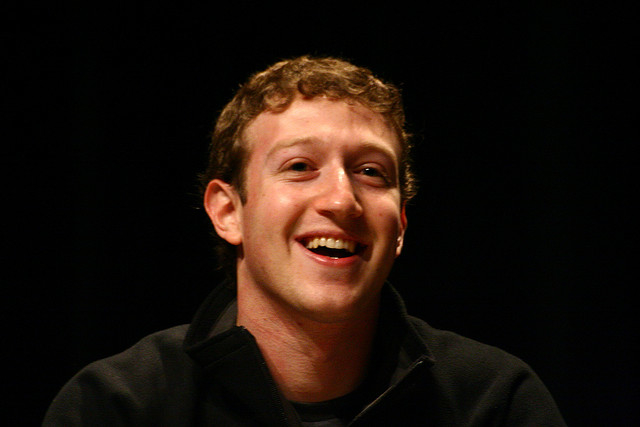 Facebook will today publish a report – seen by EURACTIV – claiming that its social network generated €195 billion and enabled 4,540,000 jobs throughout the world last year.

The report comes as a rebuttal of criticism over Facebook’s contribution to tax and business within the EU during 2014.

The report – conducted by consultants Deloitte – used economic analysis to judge the effects Facebook enables for businesses that use it as a marketing platform, to sell mobile and internet services, and as a tool within the ‘app’-based economy.

Europe accounted for almost one quarter of the total global economic impact, the report said, with €44 billion and 783,000 jobs during 2014 ascribed to Facebook’s economic impact within the 28-member state bloc.

The US saw the greatest macro-economic effects from Facebook, it claimed, with €86 billion and 1,076,000 jobs. The US outstrips the EU in its use of Facebook as a marketing platform, but the EU exceeds the US in its app economy, the report found.

A disclaimer by Deloitte at the beginning of the report states that the consultancy relied on data from the US social media giant in producing the report, which comes against a political backdrop that has seen criticism of Facebook, and other larger US internet companies in Brussels.

Facebook was amongst a number of multinational companies caught by proposals launched by UK finance minister George Osborne in December last year, which aim to raise more than £1bn.

Following criticism of the lack of tax technology companies including Google, Amazon, and Facebook pay in the UK, Osborne announced that he would apply a 25% tax on profits “generated by multinationals from economic activity here in the UK which they then artificially shift out of the country”.

In a joint statement, the pair said their two countries wanted to encourage the Commission further to develop competition law to cope with new challenges from web platforms.

They said that – with only 2% of listed companies in the over-the-top digital sector in European markets being European – the market needed redress.

They also called for more support for the European IT sector, and backed an EU probe into the tax practises of foreign digital giants in Europe.

A spokesman for Facebook told EURACTIV that the report was not in response to any criticism, but should help observers judge the overall beneficial impact that the company had on the global economy.

Asked to comment on the Franco-German concerns on competition, the spokesman said it would be a shame if there were moves towards “protectionism and putting up barriers”.

Multinational technology companies such as Apple, Google and Amazon were a key focus of EU leaders' attempt to clamp down on aggressive tax avoidance.

In May 2013, the US Senate's Permanent Subcommittee on Investigations said Apple Inc. had used "a complex web of offshore entities" to avoid paying billions of dollars in income taxes.

Apple had paid 2% tax on $74 billion in overseas income, largely by exploiting a loophole in Ireland's tax code. The panel said there was no indication the firm had acted illegally.

This followed reports that the British unit of Amazon paid €2.9 million tax on sales of €5 billion in 2012, and similar revelations concerning the British operations of Google.

In all, officials estimate that EU governments miss out on around €1 trillion a year through legal tax avoidance schemes and via illegal tax evasion.

Countries such as France and Spain have called for an overhaul of the tax framework to prevent multinational online companies taking advantage of loopholes to pay less tax.

EU summit conclusions, adopted unanimously by all 27 EU heads of state government in May 2013, noted that "efforts are required to respond to the challenges of taxation in the digital economy."

But there should be no specific tax regime for online companies, experts said in a report to the European Commission, published the year after.