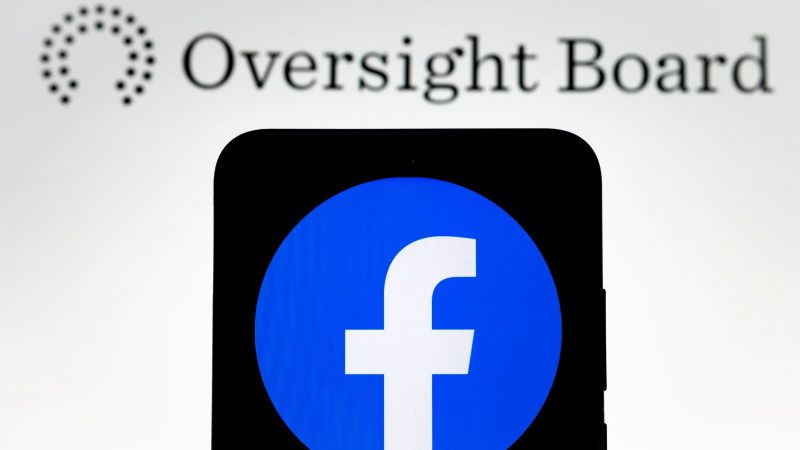 The Oversight Board is Facebook's body that overviews the platform's content moderation decisions. [Shutterstock]

An independent entity should investigate whether Facebook’s content moderation decisions, including automated ones, treated anti-Palestinian and anti-Israeli content differently, according to a recommendation from the social media giant’s Oversight Board.

Facebook’s Oversight Board made the statement on Tuesday (14 September) in relation to a case that saw a shared news post about the threat of violence from the Izz al-Din al-Qassam Brigades, the military wing of the Palestinian group Hamas, being removed and consequently restated. The Oversight Board was set up to oversee the content moderation practices on Facebook and Instagram.

“This examination should review not only the treatment of Palestinian or pro-Palestinian content, but also content that incites violence against any potential targets, no matter their nationality, ethnicity, religion or belief, or political opinion,” the case decision reads, adding that the results of the report should be made public.

The case dates back to May 2021, when an Egypt-based Facebook user with over 15,000 followers shared a news post from news media Al Jazeera in Arabic. The article concerned a truce offer from the Al-Qassam Brigade’s military spokesman to the Israeli authorities (referred to as “the occupation”).

Facebook removed the post for violating its policy, but reinstated it following the user’s appeal. The social network was, however, not able to explain why two human reviewers initially considered the content in violation of its policy, as the moderators are not required to provide a rationale for their decisions.

The Board endorsed Facebook’s decision to reinstate the post, since “individuals have as much right to repost news stories as media organizations have to publish them in the first place.”

“We welcome the Oversight Board’s decision today on this case. Facebook previously reinstated this content as it did not violate our policies and was removed in error, so no further action will be taken on this content,” a Facebook spokesperson told EURACTIV.

However, the judgement notes that the case drew public criticism, accusing the social network of censoring Palestinian content in Arabic disproportionally compared to content inciting anti-Palestinian and anti-Arab violence in Israel. The Board calls on the independent investigation to clarify these serious allegations.

“After conducting a review of the recommendations provided by the board in addition to their decision, we will update this post,” the Facebook representative added.

In addition, Facebook was also accused of censoring Palestinian content as a result of pressure from the Israeli government. The social network said it did not receive a valid legal request from any government on this case, but did not deny the receipt of unofficial requests.

Thus, the Board urged the social media to “formalise a transparent process on how it receives and responds to all government requests for content removal, and ensure that they are included in transparency reporting.”