First European ‘exascale’ supercomputer to be hosted in Germany

"This will help us tackle societal challenges and facilitate advanced research in the fields of climate change, cosmology, engineering, materials science and more,” Margrethe Vestager, Vice-President of the Commission responsible for a Europe fit for the digital age said. [Gorodenkoff/Shutterstock]

Germany will host the first European supercomputer with exascale capabilities while four new mid-range supercomputers will be hosted in Greece, Hungary, Ireland and Poland.

The European High-Performance Computing Joint Undertaking (EuroHPC JU) announced on Wednesday (15 June) that it selected the five sites to host and operate the next generation of European supercomputers.

“These five new supercomputers will support us in the development of high-precision models. This will help us tackle societal challenges and facilitate advanced research in the fields of climate change, cosmology, engineering, materials science and more,” said Margrethe Vestager, Vice-President of the Commission responsible for the digital portfolio.

The most powerful device, the exascale supercomputer JUPITER, will be hosted by the Jülich Supercomputing Centre in Germany and will be installed in 2023.

Supercomputers should help address pressing scientific questions, such as pandemic response or sustainable energy production. “They will enable the intensive use of artificial intelligence and big data analysis,” the future hosting site in Germany stated.

“Such systems are capable of performing more than a billion of billion (18 zeros) of calculations per second and represent a significant milestone for Europe,” the EuroHPC JU explained. This corresponds to the computing power of more than five million modern notebooks.

A wave of European supercomputers

According to Bettina Stark-Watzinger, German Federal Minister of Education and Research, two more exascale supercomputers will also be launched in Munich and Stuttgart in the next few years in cooperation with the German states of Bavaria and Baden-Württemberg.

The EuroHPC JU’s announcement comes just after LUMI, Europe’s most powerful supercomputer to date, was inaugurated on 13 June in Finland.

The other four sites were chosen to host mid-range supercomputers, which have so-called petascale, meaning performing over a quadrillion calculations per second, or pre-exascale capabilities.

The Greek Institute National Infrastructures for Research and Technology will host the system DAEDALUS; the Hungarian Governmental Agency for IT Development will host LEVENTE; the National University of Ireland Galway will host CASPIr; and the Polish Academic Computer Centre CYFRONET AGH will host EHPCPL. 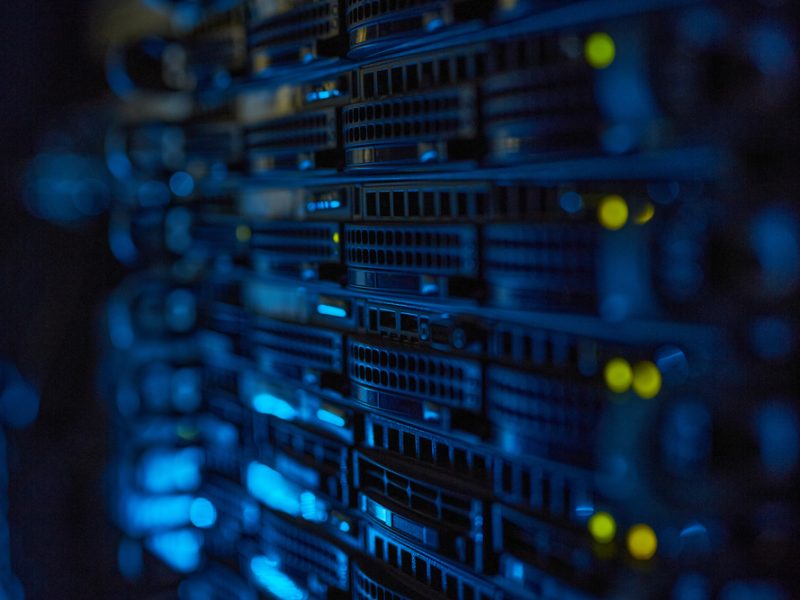 LUMI, the most powerful supercomputer in Europe and the third most powerful in the world, was inaugurated in Kajaani, some 500 kilometres north of Helsinki.

Situated in an old paper mill, now a data centre hosted by IT Centre for Science, …

The EuroHPC JU, a legal and funding entity created in 2018, has previously procured seven supercomputers across Europe, where five are already fully operational.

Once operational, the Germany-based exascale supercomputer JUPITER will supersede LUMI in the ranking.

The locations for the systems were chosen following two calls for expression of interest to become a hosting entity, launched in December 2021.

The systems will be co-funded by the EuroHPC JU and the participating states. The former’s budget stems from the Digital Europe and Horizon Europe Programmes and it will bear up to 50% of JUPITER and about one-third of the total costs of the four mid-range supercomputers.

The total cost of JUPITER is about 500 million euros. The Federal Ministry of Education and Research and the Ministry of Culture and Science of the State of North Rhine-Westphalia will contribute the respective 250 million euros.

“Already today, the FZJ (Centre hosting JUPITER) is one of the most innovative high-performance computing centres in the world with top computers such as JUWELS and JURECA,” said Isabel Pfeiffer-Poensgen, Minister for Culture and Science of the State of North Rhine-Westphalia.

With the possible integration of quantum technologies, the exascale computer also builds a bridge to the great future technology of quantum computing, the minister added.

The five new sites will be interconnected and available to a wide range of European users from academia, industry, small and medium-sized enterprises, and the public sector across the EU and participating countries.

However, the massive energy requirements pose a major challenge. The expected average power is up to 15 megawatts, according to the Jülich Supercomputing Centre.

However, JUPITER, similarly to LUMI, is being designed as a “green” computer. It will be powered by green electricity, and the resulting waste heat will be used intelligently, the Centre noted in a statement.