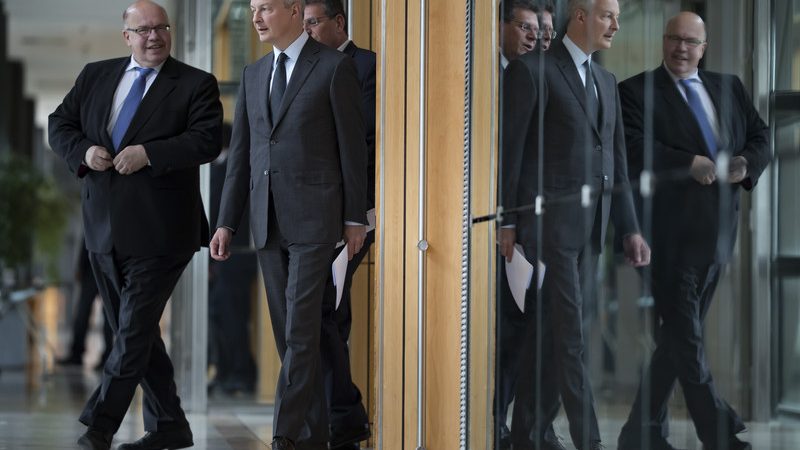 The three countries already took a firm stance on the proposal when it was first announced by the European Commission in December 2020. France was especially concerned with the flexibility and the scope of the DMA, while Germany wanted greater leeway for member states to curb the dominant position of tech giants.

These concerns have now taken the form of a joint letter to the Commission. The letter is signed by the “Friends of an effective Digital Markets Act” and calls on tightening the DMA in three areas: the involvement of the member states, flexibility and scope, as well as merger control.

In the letter, the three countries criticised the subordinate role of national governments and agencies in the DMA. In the current proposal member states only play a marginal role, with most of the powers of enforcement or market investigation was given to the Commission.

The joint statement calls for national governments to have a greater say in market investigations. While they can request investigations on the designation of gatekeepers under the current proposal, they also want to be included in the process of updating the list of substantial provisions in the regulation.

France, Germany and the Netherlands are also calling for more leeway for national laws to tackle gatekeepers. In the current proposal, national governments are explicitly prohibited from taking national legislative steps.

“A number of constellations may bear national peculiarities,” the signatories wrote, arguing that member states should remain able to set and enforce national rules in the area of competition law.

Furthermore, national authorities should play a larger role in the enforcement of the DMA as “the importance of digital markets […] is too high to rely on one single pillar of enforcement only.”

The signatories also complained that the DMA does not take the role of digital ecosystems sufficiently into account. While the proposal allows for the designation of gatekeepers on the basis of qualitative and quantitative criteria, it falls short of targeting platforms that operate across different markets and offer an ecosystem of services.

The criteria of cross-market significance is already one of the key pillars of the updated Act Against Restraints on Competition in Germany. The amended law was passed in January and German policymakers praised it as a model for the DMA.

Furthermore, the document called for more flexibility and faster procedures, suggesting a tailor-made intervention scheme to tackle the “fast-moving patterns of gatekeepers’ behaviour.”

The Franco-German-Dutch initiative also criticised what they said were lax merger control rules and the absence of measures to tackle the problem of hostile takeovers. The proposal only requires gatekeepers to notify the Commission on planned mergers but has no powers to block them. Hence, the signatories called for a substantive test to be embedded that could address predatory acquisitions.

The hostile takeover question is especially problematic in the digital sector, as a recent report by the EU Panel of Economic Experts has shown. Between 2000 and 2020, the GAFAM tech giants acquired about 1,000 firms.

Reaction in the European Parliament

We “share the analysis that the acquisitions by large digital corporations must be regulated more strictly,” the MEP said, but “we have little sympathy for the dispute over competencies between the member states and the EU Commission.”

The rules must be enforced on the European level as “national authorities are not strong enough to stand up to large digital corporations,” Andersen said.

The DMA is currently being debated by member states in the Competitiveness Council. The discussions will last until Friday.