French companies line up for piece of the ‘metaverse pie’ 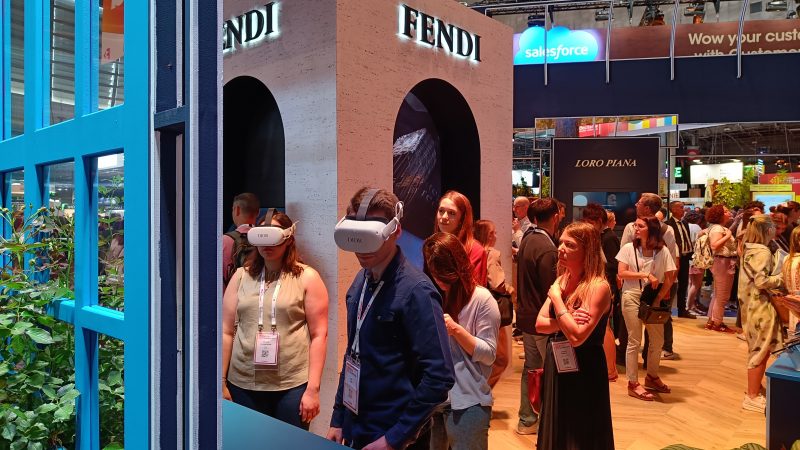 *Read the original French version of the article here.

Everyone wants a piece of the metaverse pie.

The new frenzy has also spread to French companies, who gathered at a VivaTech event – also attended by tech giant Meta – in Paris this week.

The event focused on virtual reality – an integral part of metaverse’s future – and also saw companies like French luxury giant LVMH give attendants the opportunity to try on their clothing via augmented reality.

Companies that harness the technology well are also expected to make massive profits as the technology is expected to generate five trillion dollars by the end of the decade, according to a recent report from consulting giant McKinsey, with the e-commerce sector set to benefit the most.

The gains are expected to be so high that even insurance companies are throwing their hats into the ring.

“The metaverse is a new universe that is emerging. And it seems necessary to us at AXA to go there, to familiarise ourselves with it, to understand it quickly, so that we can then be among the first to take advantage of it,” Sophie Marian, who heads AXA’s strategy and innovation department said at the conference.

At the same time, she added, Metaverse’s impact in the short and long term should not be overestimated. 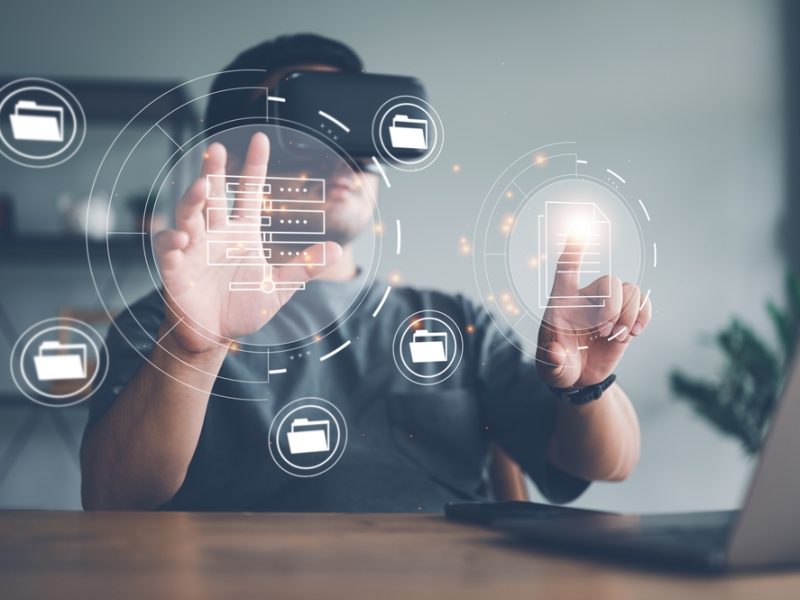 French companies are showing “enormous enthusiasm”, according to Brahim Abdesslam, who works at Keyrus consultancy.

“We are really at the very beginning. There is a lot of hype and the real use cases are yet to be invented,” he told EURACTIV.

“The premium will really be on those who are able to both create innovative things, but also remunerative and viable, beyond the bling and the speculative,” he said, adding that the race is on.

“We don’t want to be the ones creating our first site while others are already building their marketplaces,” he also noted.

But investing in the metaverse is a big gamble for the future. “We have a lot of our engineers looking at these technologies to try to measure whether they are mature enough to be used in our solutions,” Arta Alavi, chief product expert at SAP, a German software company, told EURACTIV.

In other words, the technology is still not mature enough to deploy on a large scale.

According to Alavi, “the metaverse does not exist today” and the “hardware” part needed for it to take off, such as virtual reality goggles, still needs a lot of development before it can be adopted and used by the masses.

But while many French companies see this as a period of “acculturation” some hope to do well, explained Abdesslam.

Jungle VR, a start-up that specialises in virtual and augmented reality training, for instance, is already looking towards making the most of the technology, and developing the new technology in the gaming sector – a key entry point for the metaverse that already benefits from strong demand and community.

“We are going to try to enter through video games to become a big player in the metaverse,” Jungle VR CEO Florian Pons told EURACTIV.

However according to Abdesslam, “public authorities are not interested enough”, which is an “eternal problem” for all technological innovations.

“As they often take an interest a little late, they create laws that are not necessarily always very appropriate,” he explained, stressing that “acculturation” is also essential for legislators.

But having decision-makers who shy away from regulating this new technology could also be seen as positive: The lack of regulation “leaves the field open” for innovation, said Abdesslam, who drew parallels with the field of cryptocurrencies.

During his re-election speech, French President Emmanuel Macron made the call to “fight to build a European metaverse”. While this seemed more like a statement of intent, it also gave the impression that Macron wants the EU to lead in this domain.

The aim is “to enable all our creators, whatever their cultural field or field of activity, to create and not to depend on Anglo-Saxon or Chinese players and aggregators, who will be able to completely bypass the rules of respecting copyright and neighbouring rights today,” Macron said at the time.