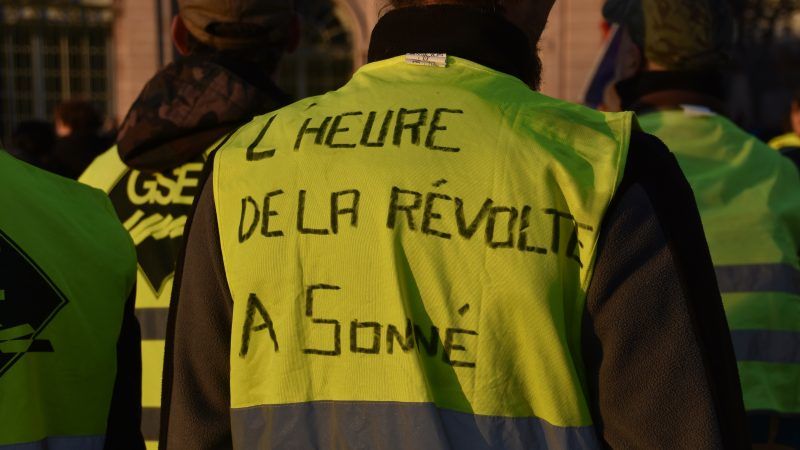 The ‘yellow vests’ have been able to mobilise over an extended period of time but dialogue has been hindered by the movement’s lack of structure.

Posts are abounding, the number of groups is increasing and leaders are emerging here and there on Facebook. The social network creates links and not only shares information but also the stress and fake news.

So much so that Facebook contributed to heightened tension in the mobilisation on 8 December. The planned gatherings are a great cause of concern to the French government and the security forces.

Suspending the tax increase on fuels was not enough to calm the anger. Worse still, Édouard Phillippe, the French prime minister, had great difficulty in meeting the spokespersons of the movement last week.

This was with good reason, as the spokespersons have found it difficult to emerge from among the myriad of Facebook groups. Facebook’s role has been the novelty of this mobilisation.

In February 2017, Mark Zuckerberg, Facebook’s creator, stated that social network could establish “a new process for citizens worldwide to participate in collective decision-making.”

Turning his words into action, Zuckerberg carried out a major change to Facebook’s algorithm. Users now primarily see content shared by their friends – and notably by groups on the social network – on their newsfeeds, rather than content shared by companies, brands or media.

This change has been very timely for the “yellow vests” movement. Since the start of the protest, Facebook has acted as a platform for expression and communication and brought people together for the movement.

The social network allows users to organise themselves and to see that other people share their opinions.

However, the social networking giant “does not contribute to decision making, consensus building or forming common demands,” said Thierry Vedel, a researcher at the French National Centre for Scientific Research (CNRS) who is specialised in the relationship between the Internet and politics.

“It’s a personal diary, everyone is telling their life stories,” said David Tan, a ‘yellow vest’ demonstrator from Nantes who is very active on the social network. “It isn’t the ideal medium, people do things just because it has been written and it is sometimes thoughtless.”

“Social networks encourage individuality, they do not give the sense of the collective,” stated Vedel, explaining that it is very difficult to make compromises amidst this very strong conflict of interests, this fragmentation.

“This is where we need the help of organisations such as trade unions. They are not perfect either, they have operational issues but they are machines to produce collective demands. They put things in order, prioritise and organise.”

French government accused of not listening to trade unions

Cyrille Lama, confederal secretary at Force Ouvrière (FO), a large French trade union, explained that unions “work behind the scenes, using less visible, but essential, mobilisations and negotiations. We have identified this anger, which is nothing new.”

Lama believes that the trade unions have tried to convey this discontent in recent years but were not heard. “The campaign to undermine trade unions has been led by successive governments. They want to avoid discussions with intermediary bodies,” the trade union official regretted.

Tan was one of the few ‘yellow vests’ to have met the French prime minister last week. Other spokespersons turned down the invitation because of their supposed lack of legitimacy, at times receiving fierce criticism. They are waiting for regional representatives to be more clearly appointed. 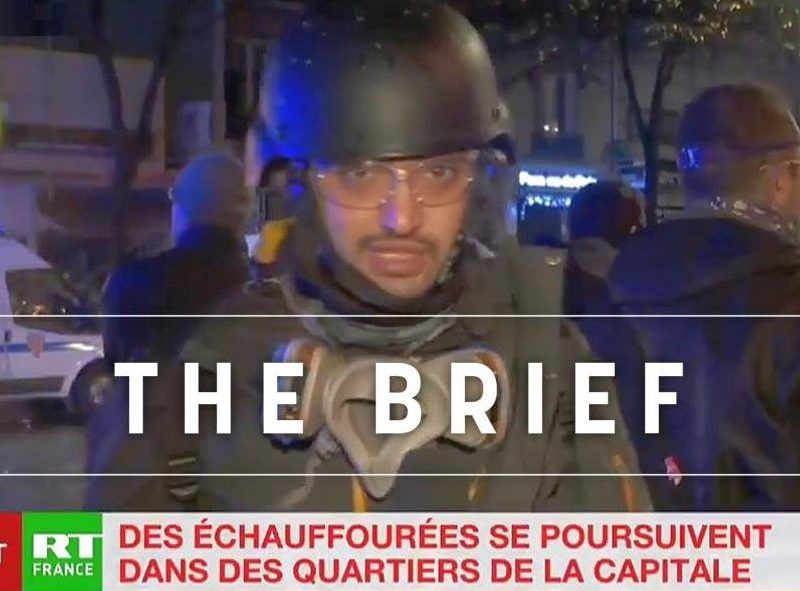 I live in the centre of Paris so you might think that my weekend was full of danger, fire and fear. That is what my friends and family living far away saw on TV and Facebook, so I had a few worried calls and messages. But let me tell you the truth: it was no war scene.

Vedel believed that one of the problems of the ‘yellow vests’ movement was, in fact, its lack of representativeness. “It’s a mass movement but it’s hard to identify its nature. Whenever spokespersons emerge, people say that they don’t represent them.”

Although political expression on Facebook is individualised, it allows ideas to emerge. For instance, the ‘yellow vests’ have not given up on the idea of electing representatives by bypassing traditional channels and drawing inspiration from ‘liquid democracy’ tools, which facilitate a form of representation that is closer to the citizens.

André Lannée, a ‘yellow vest’ from Grenoble, is developing a voting tool on the social network in order to designate two spokespersons per region. Using this tool, people joining their regional group can stand as candidates, using videos in order to become a representative of their region.

“It remains to be seen how electronic voting can be implemented in practice. We need certification to be sure of the validity of the findings,” Vedel explained.

In order to avoid this kind of pitfall, Lannée will organise the final vote on a different site than Facebook. This will avoid the problem of ‘likes’ being bought, for example. “We have two options: democracy and discussion, or chaos and insurrection,” he stated on the France Info.

The idea is already being challenged on Facebook by the woman who launched the petition against the petrol price rise, Priscilla Ludosky, which led to the protest movement. In particular, she is concerned that the movement will potentially be used by others for their own interests.