One widely circulating allegation in the internet during the pandemic claimed that Tbilisi is attempting to bring COVID-19 to Georgian breakaway territories of Abkhazia and South Ossetia under de facto Russian control from “the Lugar Lab”. The Richard Lugar Public Health Research Center in Georgia, a long-standing target of disinformation attacks, was indeed built with US collaboration and funding.

Similar fake news have been targeted at other countries from the post-Soviet space as well, including Kazakhstan. 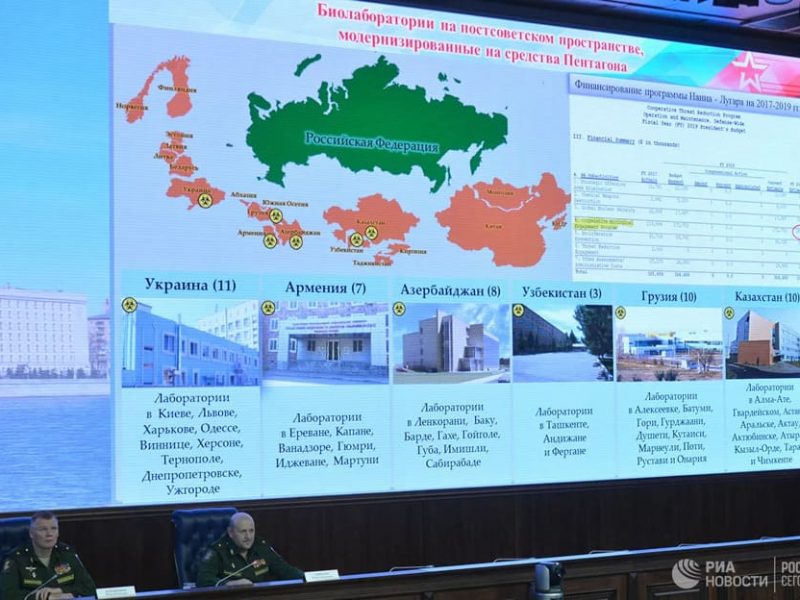 Kazakhstan is not developing biological weapons or researching their possible use against other countries, its ministry of foreign affairs said on Saturday (2 May), denying allegations circulated in Russian and domestic media that the country is working on biological weapons similar to COVID-19

The Russian ambassador to the EU Vladimir Chizhov has denied official backing of any such publications.

In the case of Georgia, the issue is particularly sensitive, because the medical facility  named after the late US Republican Senator Richard Lugar, has played an important role in the country’s successful COVID-19 response.

“The existence of the local facility to conduct tests and have answers very quickly was extremely helpful,” Natalie Sabanadze, head of Georgia’s mission to the EU recently told EURACTIV.

As of Friday, (29 May) the Caucasian country with a population of about 4 million had only 746 cases and 12 deaths of the coronavirus.

Earlier this week, Russia claimed the US is “bankrolling” research into “using insects as carriers of particularly dangerous biological agents and pathogens” and demanded bilateral access to the facility with no involvement of third party country or international experts, saying that an earlier 2018 visit’s schedule, — in which it refused to participate — would not have allowed for the verification of the kind that satisfied its demands.

Tbilisi promptly shot back that the facility is by now fully financed and owned by Georgia, decrying Moscow’s “rough and aggressive disinformation campaign.”

“Georgia does not consider granting access to the Lugar Lab to the team comprised of Russian experts only,” international organisations department chief at the country’s foreign ministry, Shalva Tsiskarashvili, tweeted on Thursday (28 May), adding that the country would only consider a visit similar to the one organised two years ago.

Europe has also become a target when pro-Kremlin media alleged earlier this month that the EU Monitoring Mission’s (EUMM) ambulance cars on patrol along the dividing line between South Ossetia and Tbilisi-controlled territory were collecting samples for use in the Lugar lab. This prompted the civilian monitoring mission to deny the claims as “malicious and irresponsible disinformation.”

“The narrative of ‘secret labs’ has proved to be a good vessel for distraction and disinformation,” the EU’s foreign service’s East STRATCOM Task Force, dedicated to fighting and debunking disinformation in the bloc’s eastern neighbourhood, said last week.

China’s readiness to back Moscow’s narratives of secret bio labs comes amid an increasingly troubled relationship between Brussels and Beijing. It also coincides with calls for the EU to establish a task force akin to the one working against disinformation in the bloc’s Eastern neighbourhood.

With China becoming a foreign policy priority for the upcoming German presidency of the European Council, the EU’s top diplomat Josep Borrell said the EU needed “a more robust strategy” ahead of the meeting of the bloc’s foreign ministers on Friday (29 May) that will discuss China-EU relations.