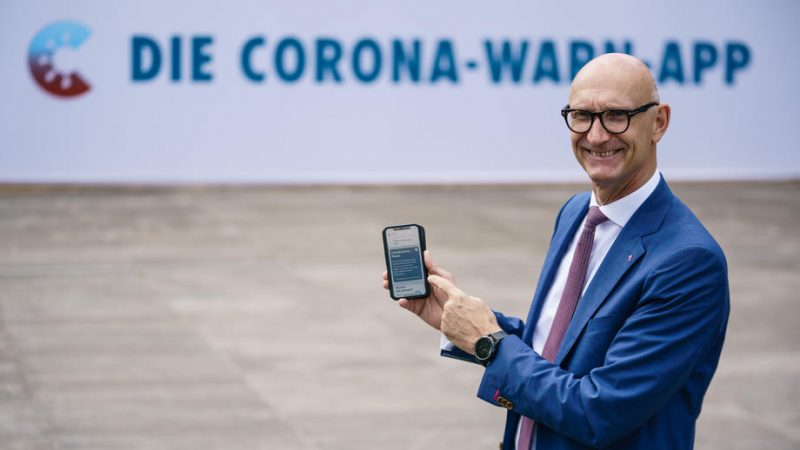 Timotheus Hoettges, CEO of Deutsche Telekom AG, at the presentation of the app: "Germany can digitalise, this project has impressively proven that." [EPA-EFE | Clemens Bilan/Pool]

The German ‘Corona-Warn-App’ is here, and the government gave it the hard sell when ministers presented it on Tuesday (16 June), EURACTIV Germany reports.

“I don’t know anything about you, but I’ll protect you.” This slogan, played over loudspeakers, ended the federal government’s press conference for Tuesday’s presentation of the warning app. The app has been available for Apple iOS and Android since Monday (15 June) night.

One thing was already clear before anyone opened their mouth: the German government is throwing its full weight behind this app.

Five members of the cabinet were present, along with the head of the Robert Koch Institute (RKI) and members of the executive boards of Deutsche Telekom and SAP. “Normally, this is how state guests are welcomed,” said digitalisation state minister Dorothee Bär (CSU).

This impression was underlined by Helge Braun (CDU), minister of the Chancellor’s office. “This is not the first corona app worldwide to be presented, but I am quite convinced that it is the best,” he said.

And there was a strong participation of civil society as well: after the app’s source code was disclosed, programmers jumped at it. About 7,000 suggestions for improvement were submitted, according to Timotheus Höttges, CEO of Deutsche Telekom AG, which was involved in the development. 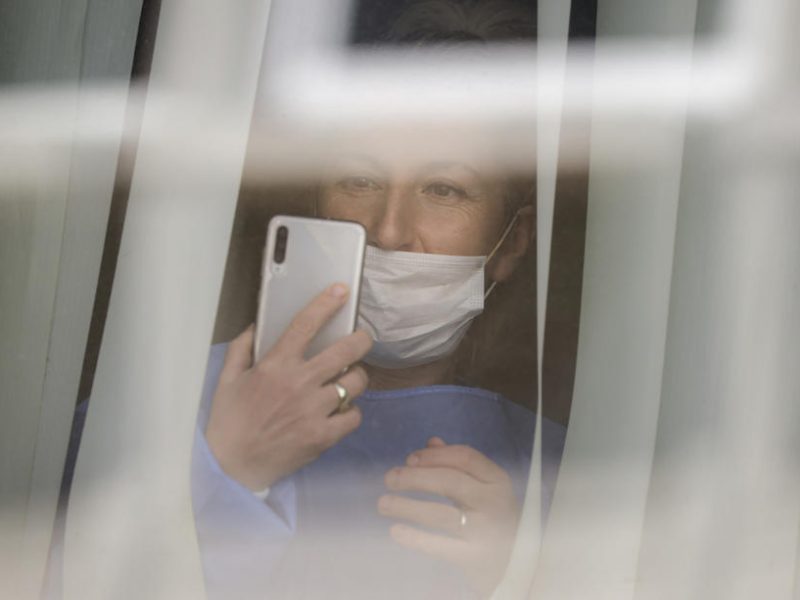 The app acts as a contact diary which aims to warn an infected person’s contacts. If two smartphones with the app get close enough to each other for more than 15 minutes, both phones will store this contact in the form of an anonymous, randomly generated ID.

Mobile phone IDs are constantly changing. According to SAP CTO Jürgen Müller, it is therefore “almost impossible to track a device.”

The decentralised approach should also guarantee data protection. It is not a central server but the devices themselves that decide who will receive a risk contact warning.

In case you are infected, your own previous IDs are uploaded to a server. Other mobile phones with apps download them regularly and compare them with your contact diary. A warning is issued only when there is a “match”. Anyone who receives one is entitled to a COVID-19 test, free of charge, even if no symptoms appear yet. 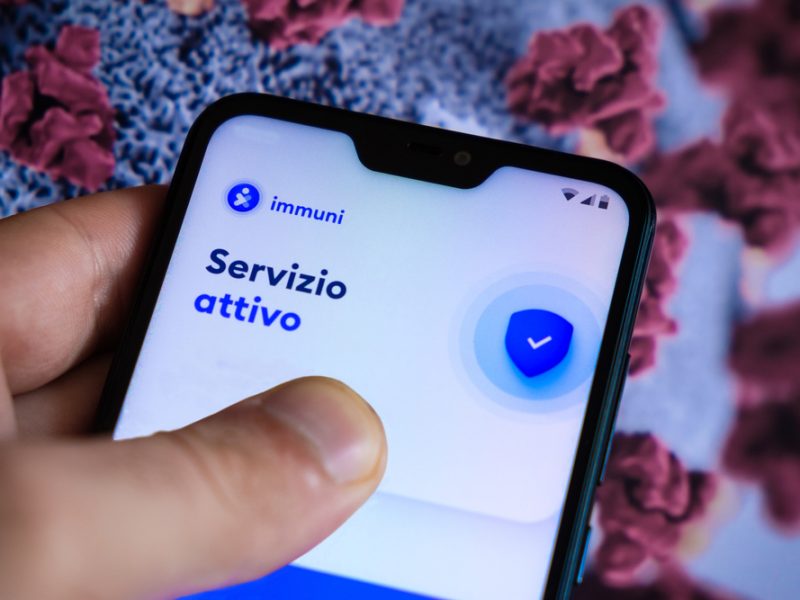 Civil society sent mixed signals. Henning Tillmann, co-chair of the digital political association “D64” and member of the SPD party, called on people to download the app on Twitter.

The Chaos Computer Club, which criticised the first concepts with a centralised approach at the time, has remained silent since the release but its spokesperson, Linus Neumann, said the development of the app has been “outstanding”. However, the CCC does not make product recommendations on principle.

The Forum of Computer Scientists and IT-Professionals for Peace and Responsibility remains sceptical, however. Among other things, they are concerned that the app could be misused as an “admission ticket” in the workplace or restaurants, and are calling for an accompanying law that would firmly prohibit such practices.

A bill to this effect comes from the Greens, with the support of the Left. 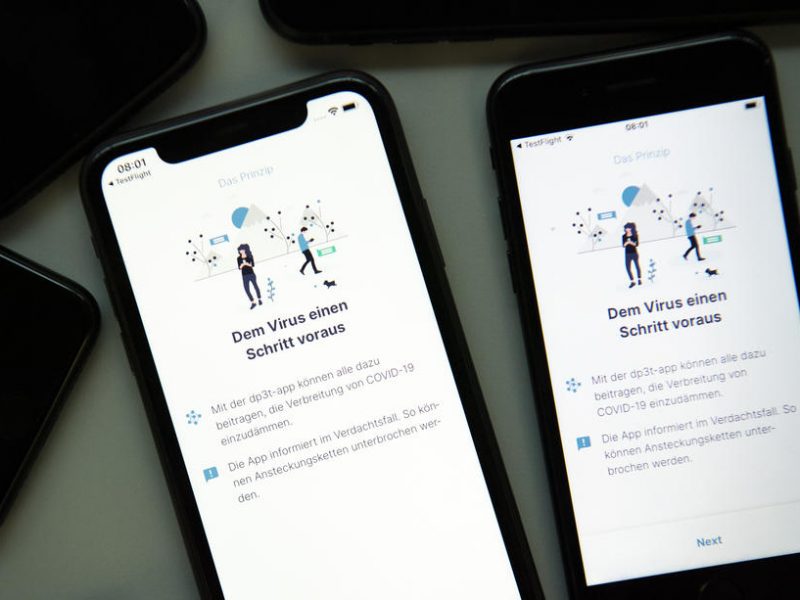 The European Commission has said that the ‘largest possible participation’ of EU citizens is required in order for coronavirus contact tracing applications to work effectively.

SPD: Fear of discrimination are “absurd”

Although the government has repeatedly emphasised that app use remains voluntary, “it is not only the absence of governmental compulsion to use apps that is decisive, but also that employees or consumers are not forced to use the app,” Dieter Janecek, Green chair of the Digital Agenda Committee, told EURACTIV Germany.

But the Greens are promoting the installation of the app even without legislation, partly because “many of our demands were taken into account in the development of the app,”  said Anna Christmann, Green group spokesperson for innovation and technology policy.

The grand coalition of the conservative CDU/CSU and the Social Democrats (SPD) is against the law.

“I do not see a gap in legal protection that could be closed by a corresponding law,” said CSU Digital Committee member Hansjörg Durz.

His committee colleague from the SPD, Falko Mohrs, called the concerns about discrimination “absurd” and explained that, if someone were to commit abuse, action could be taken against them with existing legal means, he told EURACTIV Germany.