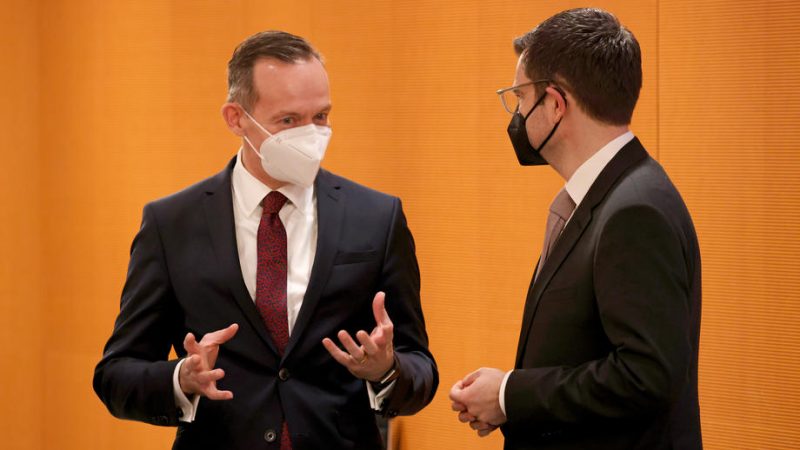 In the address given by the Minister for Digital and Transport, Volker Wissing (left), it became clear that the main focus of the ministry will continue to be on transport-related issues. [Sean Gallup/EPA]

Germany’s digital transition is delayed as ministries still have not determined where different competencies will lie, despite it, along with climate change, being one of the key focus areas of the new government’s coalition agreement.

While the Minister of Economy and Climate Robert Habeck had already announced on Tuesday (11 January) an “Easter package” of urgent climate protection measures, no such announcement for digitalisation has been forthcoming.

It could take up to two months before ministries are delegated their responsibilities, a spokesperson from the Ministry for Digital and Transport (BMDV) told EURACTIV.

This also applies to some of the governing coalition’s core concerns in digital policy, such as an additional “digital budget” and the “digitalisation check”. The two initiatives should ensure that digital policy is steered more centrally.

Although the government’s organisational decree of December stipulates that the newly formed BMDV will be responsible for a large part of domestic and European digital policy, it is still unclear whether this will include the digital budget and the digitalisation check, according to the BMDV.

“I hope that the new government will now quickly clarify the further details regarding the allocation of ministerial responsibilities and develop a consistent digitalisation strategy for Germany in a timely manner,” Alexander Rabe, Managing Director of the internet association eco, told EURACTIV.

Spotlight on digital or transport?

As for who is responsible for the digitalisation check and digital budet,  it should be the BMVD as “the leading government body”, according to the spokesman of the liberal FDP party for Research, Technology and Innovation, Mario Brandenburg.

“In my view, these two important projects must be brought together in the BMDV for effective implementation. Only in this way synergies can be used effectively and necessary processes be streamlined,” Brandenburg said to EURACTIV.

However, the BMDV is not only responsible for digitalisation but also for transport.

Although the FDP had advocated introducing a Ministry for Digital Transition, the proposal was dropped in the final phase of the coalition negotiations following pressure from other coalition partners.

As a compromise, the Ministry of Transport was granted more responsibilities in the digital field.

However, in an address by the Minister for Digital and Transport, Volker Wissing, on Thursday (13 January), it became clear that the central area of focus for the ministry will continue to be transport-related issues.

For instance, Wissing primarily addressed the challenges of the transportation sector regarding climate change. Digitalisation was dealt with somewhat marginally in his speech, and he mainly referred to the domain of digital infrastructure – for example, by announcing a gigabit strategy.

The focus on transport-related issues is also reflected in how Wissing previously served as state minister for transport in Rhineland-Palatinate. Two of the three state secretaries in the BMDV also have professional backgrounds in transport.

Only Daniela Kluckert has a digital policy portfolio, and she will be in charge of Digital Infrastructure and Society, and her other main areas of responsibility in transport policy.

The opposition also took up the lack of clarity regarding competencies in digital policy.

For instance, CDU/CSU Deputy Reinhard Brandl spoke of “label fraud” in the plenary session of the Bundestag on Thursday.

“The Ministry for Digital and Transport is responsible for many issues, but it’s also not responsible in many digital policy areas,” Brandl said.

The industry is also increasingly doubtful whether Germany is capable of mastering the ambitious digital and climate transition at the same time.

“It is by no means certain that this double transition plan will work,” said Siegfried Russwurm, President of the Federation of German Industries, at a press conference on Thursday. 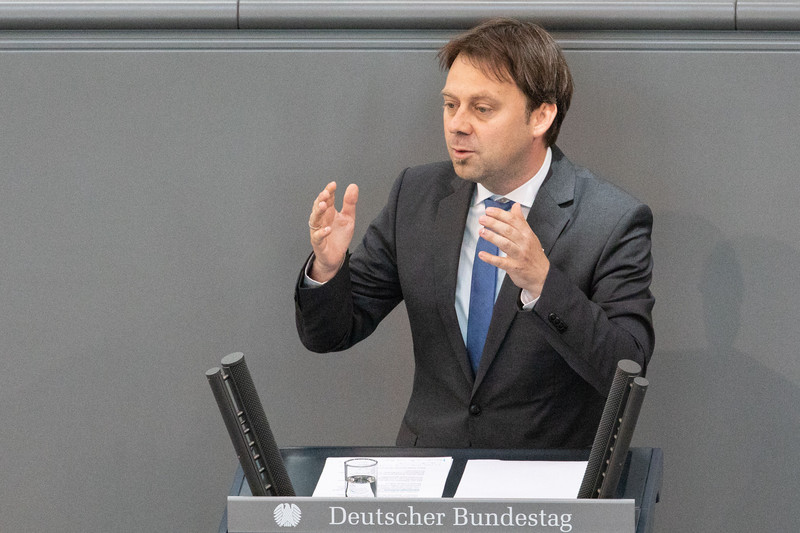 The next German government intends to speak more strongly in favour of end-to-end encryption and against the introduction of backdoors, Jens Zimmermann, the digital policy expert for the Social Democrats (SPD) who co-negotiated the coalition agreement’s chapter on digitalisation, told EURACTIV in an interview.