Last week, Julia Reda of the German Pirate Party, one the best-known critics of the controversial EU copyright directive, left politics altogether. The reason: to protest against a former colleague who has been put on the Pirate Party slate for the EU elections, despite allegations of sexual harassment.

In an interview with EURACTIV Germany, Reda spoke of sexual harassment in the European Parliament and the implementation of the copyright reform.

EURACTIV: Your departure marks the loss of the Pirate Party’s most prominent politician, just before the European elections, at a moment when copyright law reform is at the heart of public debate. Despite allegations of sexual harassment, the Pirate Party still placed Gilles Bordelais second on its candidate list, which prompted your withdrawal. How did it come to this?

At the time of setting up the list, the Pirate Party and I knew nothing about the complaints. I even promoted the list at the rally. It was not until several days later that an incident occurred, after which I received the first complaint, prompting me to set investigations in motion. In July, I filed an application for dismissal with the German parliamentary administration.

At this point, most of the documents necessary for elections had already been submitted to the German Federal Election Commissioner. However, a document from Mr Bordelais was still missing. At the federal party conference in November, the previous federal party chairman introduced an application for the withdrawal of Mr Bordelais, which had been compiled by Spitzenkandidat Patrick Breyer.

This application was not authorised to be examined by the party’s national board. Most of the party members had still not found out about these allegations. Instead, the board intended to reach an agreement with Mr Bordelais. He discussed the matter with the board and assured me, in writing, that he would withdraw from the list voluntarily in the event the relevant EU Parliament committee would determine that sexual harassment took place.

This committee decided that some aspects of Mr Bordelais‘ behaviour amounted to sexual harassment and that he told the party’s national board that he would remove his candidacy. It was also published on the website. A few days later, Mr Bordelais submitted his missing document to the German federal election commissioner and was still allowed to stand for election.

Did the Pirate Party not increase its efforts to stop you from withdrawing?

At the time, it was my understanding that Mr Bordelais retreated as soon as it was published on the Pirate Party’s website. But this turned out to be false. I do not have the impression that the Pirate Party did everything in its power. For instance, it could have called for another conference to vote on a new list.

I am also critical of the party’s national board for not allowing the discussion of the application that was submitted in November 2018. I also blame the board for not mentioning the sexual harassment claims confirmed by the EU Parliament committee to the German electoral commission.

Of course, there is no guarantee that this would have been successful. The right to vote is designed to protect candidates from party influence. But ultimately, potential mistakes by the Pirate Party, or even my mistake of not having noticed anything for so long, makes my decision to withdraw less important. The fact is that Mr Bordelais is number two on the list and we cannot change this.

And as soon as the Pirate Party receives more than 1.6% of the votes, he will be voted in. I saw no other possibility than withdrawing from the party to ensure that my work on copyright law reform does not contribute towards him getting elected. That is why I am distancing myself from the Pirate Party. 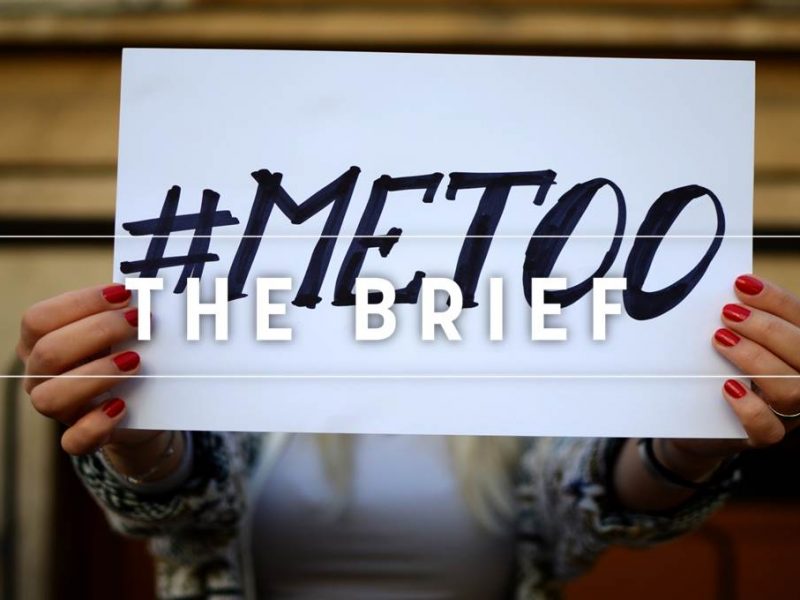 In October 2018, a dozen women started to come forward and tell stories about sexual harassment and abuse at the heart of Europe’s democracy.

On the MeTooEP Blog, we find a large number of reports of sexual harassment. This appears to be quite a big problem. Why is that so?

In my opinion, the Parliament administration completely failed to address cases of alleged sexual harassment. This is partly because the President of the European Parliament, Antonio Tajani, is not aware of the problem and several proposals agreed by the EU Parliament are always being adjourned and prevented. One example is the call for committees to be investigated by an external body for harassment claims. Or the call for obligatory training on the matter for MEPs.

In many cases, harassment comes from MEPs, as they have an important position of power with respect to their employees. There is very little protection for direct subordinates of MEPs.

This position of power is also why I find it so hard to imagine that Bordelais could even be elected. As an MEP, he will barely be sanctioned. But the Parliamentary administration has prevented him from ever being dismissed for his behaviour.

My application for his removal has been delayed for months. Removal for any other reasons would have been much easier. If he wrote poor speeches or came late to work – these would have been enough grounds for dismissal with little bureaucracy. But that is not the case for inappropriate behaviour towards women. I find that unbelievable.

You mentioned the role of EU Parliament President Tajani. What is his awareness of this issue?

In my opinion, Tajani is a macho-man who attained his position within the European People’s Party (EPP) by male association. A more qualified and highly recognised female colleague from the EPP group applied for the same position, her name is Mairead McGuinness from Ireland. She is now vice-president.

I have not come across anyone that considers Mr Tajani to be competent for the job. He always stands out for his right-leaning rhetoric and links to homophobic groups. He recently praised the work of Mussolini.

It is therefore not very surprising that reforms on administrative processes on sexual harassment are constantly being delayed or not implemented despite calls from the EU Parliament itself.

Now on the issue of copyright reform which you strongly oppose.  It has virtually been decided on.  What must Europe do to adjust?

There is still a final vote in the Council of the EU on 15 April. Agricultural ministers will vote to give their final approval for copyright reform. There are protests in Germany and Sweden. In Germany, I am very disappointed by the German Social Democratic Party (SPD) because it is supporting reform at the national level but not in the European Parliament.

As soon as the directive comes into force, the German government still has two years to transpose it into national law. Then there will be opportunities to at least limit the damage. For example, the definition of platforms that must implement upload filters could be limited to powerful platforms which would exclude discussion forums and small social networks.

It would be very important to make it clear that all non-profit platforms are not included within the framework, including those that cover costs through advertisements or donations. The movement that developed because of the EU directive needs to continue debating the issue at a national level.

Apart from this, there is also the possibility of legal action. There are aspects of the copyright directive that I consider unlawful. The European Court of Justice previously found that an obligation to use filters contravened EU fundamental rights.

What other aspects do you consider to be unlawful?

Therefore, we ask the question of whether this ancillary copyright law can be allowed or whether it limits the fundamental right of freedom of information. We are not talking about valuable artistic works or complete and complex researched articles, which are protected by copyright but about short fact-based statements. The new ancillary copyright law cannot undermine the right of freedom of information.