Leader of the Social Democratic Party (SPD) Martin Schulz during the beginning of a SPD faction meeting in Berlin, Germany, 30 January 2018. [EPA-EFE/HAYOUNG JEON]

The SPD is pushing for a possible coalition agreement with the Christian Democratic CDU and its Bavarian sister party CSU to include a promise that Germany’s telecoms regulator could step away from controlling internet providers if they invest in building fast internet networks, according to a SPD negotiating document on “digital infrastructure” that EURACTIV.com has obtained.

The paper is dated Tuesday (30 January) 1:45 PM. The parties met later on Tuesday evening for negotiations on digital policies. They plan to finish negotiations on all issues by Sunday (4 February).

The SPD document references a controversial position on investment that is part of a major draft overhaul of EU telecoms rules, which national governments, the European Parliament and the European Commission are currently discussing in three-way negotiations.

Germany has had a caretaker government since September, and political limbo in the EU’s biggest member state has slowed down discussions on a range of political priorities in Brussels.

But the Commission is eager to wrap up talks on the telecoms file by June, and Germany hasn’t taken a backseat in those discussions.

The country was a driving force behind a measure to allow lighter regulation of telecoms operators for up to seven years, provided they invest in building fast networks. Other member states have backed that strict position, but the Parliament wants conditions limiting when regulations can be loosened. Some MEPs argued that lax rules could hurt smaller operators and help large firms with deeper pockets.

The Commission’s original 2016 proposal suggested lighter regulation for telecoms firms if they promise to build networks jointly with other operators, but it did not specify a guaranteed number of years that national authorities could exempt companies from the rules.

The SPD negotiating position presents the seven-year guarantee for no regulation as an EU agreement—even though it has not been approved in negotiations yet.

To expand fast gigabit-speed internet, the SPD wants to “use the possibility provided for on European level for member states to determine the legal minimum terms for regulatory exemptions on the national level”.

Matthias Machnig, the state secretary in the German ministry of economy and a SPD member, has been outspoken about his campaign to soften the EU rules on investment.

“The pioneering spirit for building such networks should be rewarded regulatorily, without preventing the development of sustainable competition long-term,” the SPD document said.

Germany’s ageing internet networks came under scrutiny in the lead-up to the Bundestag election last September, as the SPD and other parties promised fresh investment to build faster fibre connections.

Telecoms ministers from EU countries agreed on a plan to set up fast 5G internet networks by 2025, five years after the European Commission’s original proposal, and snubbed a proposal to reform rules for selling off radio spectrum.

The SPD document also sticks to a pledge from the current government: to be the first country to introduce fast 5G networks nationwide, putting Germany up against stiff competition, including from China and the United States. Social Democrats’ negotiating docket includes a government investment plan worth €12 billion for building the fast internet networks by the next Bundestag election in 2021.

The SPD wants gigabit-speed networks to cover the entire country by 2025.

Germany ranked 11th out of the 28 EU member states on internet connectivity in the European Commission’s 2017 digital economy and society index. But it lagged behind at spot 21 for its low number of internet users with fast connections.

The SPD document also gives an indication of how the new government might steer digital policies if the party enters a coalition with the Christian Democrats. Digital policies should be coordinated by the chancellery and another office controlled by the SPD, according to the paper.

During last year’s election campaign, German political parties clashed over whether to create a new digital ministry, appoint a dedicated state secretary within the chancellery or hold onto the current system of spreading digital files between ministries. The Liberal Free Democratic Party (FDP) was especially in favour of starting a new ministry, but the party ended its talks over a possible coalition with the Christian Democrats and Green Party in November.

Currently, a handful of ministries handle different digital policy priorities. Germany’s justice ministry works on data protection and hate speech, the ministry for infrastructure deals with broadband, the interior ministry handles security and the ministry of economy manages trade and other telecoms issues.

The SPD, CSU and CDU formally started coalition negotiations last Friday (26 January). The SPD has been the Christian Democrats’ junior coalition partner under Chancellor Angela Merkel since 2013. SPD supporters are divided over whether to continue the so-called grand coalition for another term. If the parties come to an agreement in political negotiations, members of the SPD could still reject the coalition deal in a final vote.

A slim majority of 56% of SPD members approved the start of formal coalition talks in a party vote on 21 January. 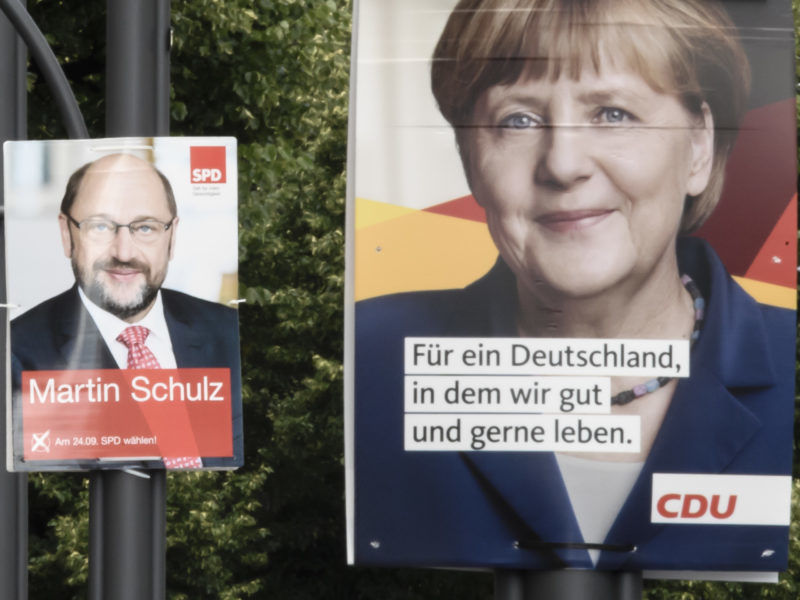 German political parties disagree over whether there should be a new federal ministry overseeing all digital policies after the 24 September election.