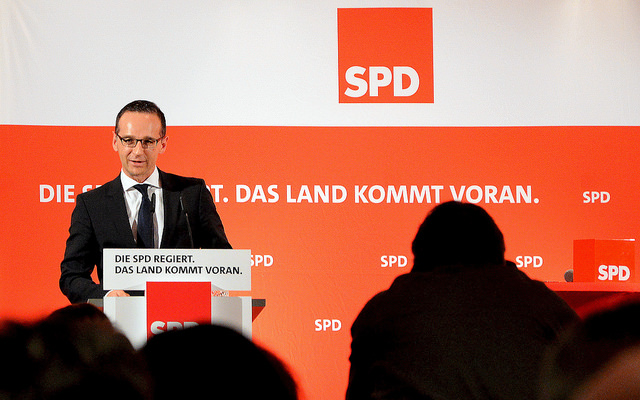 German policymakers have moved to strengthen data retention laws, insisting that information will only be stored in Germany, and for much shorter periods, after the European Court of Justice struck down EU legislation that required data storage for longer periods.

In 2010, Germany’s constitutional court struck down a previous data retention bill on grounds that it violated users’ privacy by broadly collecting and storing data from all users.

That law allowed for data storage in Germany, or other EU countries, for six months.

The new draft bill states that data must be stored in Germany, which has been rocked by revelations over US data espionage since 2013.

It calls for mandatory data retention of telephone use and computer IP addresses for ten weeks.

Data that flags a mobile phone user’s exact movements can only be saved for up to four weeks under the draft law.

A 55-page draft of Germany’s planned data retention law was published on the blog Netzpolitik.org over the weekend. It is reportedly scheduled to be presented to the federal government in two weeks, and in the Bundestag in June.

The bill said about 1,000 internet and telecommunication companies will be affected by the new data retention requirements.

Some smaller ones may be eligible for government subsidies, if the costs of data storage pose a “significant hardship” to them.

According to the draft, it’s expected that other companies would “calculate these costs into their pricing and pass them on to their customers”.

Germany is one of the first EU countries to draft a new law on data retention since the European Court of Justice decision against the EU’s Data Retention Directive.

Since the judgement ruled that it violated privacy rights, national courts have struck down data retention laws in Austria, Bulgaria, the Netherlands and Romania.

“We should push for the European Commission to present the reworked EU directive that was announced and then implement that in German law,” Merkel said.

But data security features prominently in the European Commission’s Digital Single Market plans, which were presented on 6 May. The General Data Protection Regulation and the e-Privacy Directive, part of the strategy, target the treatment of consumers’ personal data.

A European Commission spokesperson said on Monday (18 May), “Member states are free to maintain their current data retention systems, revise them or set up new ones, providing of course they comply with basic principles under EU law, such as those contained in the e-Privacy Directive.”

Netzpolitik.org reported that Social Democrats (SPD) are discussing the draft bill tomorrow (19 May) in the Bundestag. Justice Minister Maas is a Social Democrat; the SPD has been divided over data retention.

The Data Retention Directive was adopted in November 2006 following the Madrid terrorist train bombings in 2004 and the public transport bombings in London, in 2005. These resulted in a text which gave room for different applications at national level and which did not guarantee a sufficient level of harmonisation.

Data protection and privacy in electronic communications are also governed by the E-privacy Directive, which dates back to 2002, although it was slightly revised in 2009.

Germany, however, is still overshadowed by apprehension towards government monitoring, due to the heavy surveillance of citizens practised in the communist German Democratic Republic (GDR) and under Hitler's Nazis.

Germany's data retention law will reportedly be presented in the Bundestag in June.