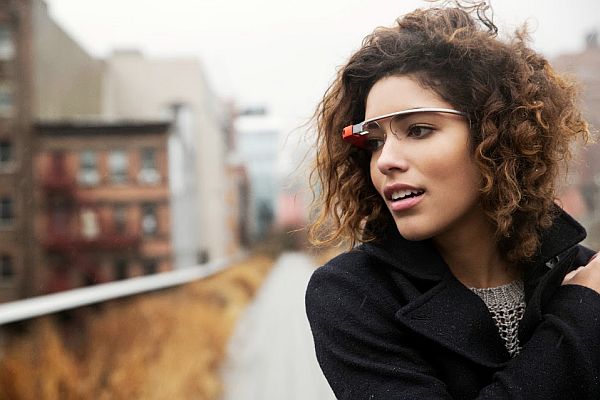 Google Glass is a computer worn around the head with an optical display, part of a mission to produce a mass-market ‘wearable’ computer.

The device displays information in a smartphone-style, hands-free format that responds to the Internet using voice commands.

It is being developed by Google X which has worked on other futuristic technologies such as driverless cars, and is still in development with a cohort of early-adopters in the US. These ‘explorers’ as the company dubs them, are trying out the machine and giving feedback to Google on how it can be improved.

Yesterday, Google presented the unfinished product to journalists in Brussels showing how voice-controlled commands using the glass can take photos, scan the internet for information and navigate locations in real time.

“Fears of ubiquitous surveillance of individuals by other individuals, whether through such recordings or through other applications currently being developed, have been raised,” they wrote. "Questions about Google’s collection of such data and what it means in terms of Google’s revamped privacy policy have also started to appear."

The letter called for information on how Google Glass complies with data protection laws, what information Google collects via Glass, how it intends to use this information and what part of that information is shared with third parties.

“Glass continues to be reviewed for privacy considerations as part of Google’s comprehensive privacy program, including designing Glass with privacy in mind and ensuring Google has appropriate consent from Glass users,” an official reply from Google said.

Questions about privacy are one of the issues that explorers using the the product are monitoring, though the way Google Glass takes photos, and interacts with the internet are not substantially different from the way consumers currently use smartphones.