The EU is due to present a list of so-called ‘blacklisted’ practices that will be outlawed as part of the DMA, when it is presented alongside the Digital Services Act (DSA) on 15 December.

The DSA will introduce new rules in areas ranging from content moderation to online advertising and the transparency of algorithms, while the DMA will introduce a list of ex-ante prohibited practices by digital gatekeepers, as well as a market investigation tool.

Speaking to EURACTIV ahead of the mid-December unveiling, Google’s Europe President, Matt Brittin, said certain services the company has put into practice during the coronavirus pandemic could face obstacles should Google be denied from making the most out of aggregated data.

A leaked list of prohibited practices as part of the new rules hinted earlier this year that large tech platforms, otherwise known as ‘gatekeepers,’ should not use data “generated and collected on the platform or on any of the gatekeepers‘ other services for the purpose of its own commercial activities,” unless they opened up that data to consumers.

Meanwhile, a ‘greylist’ of activities  – detailing certain practices that would require prior EU authorization before being carried out, noted that “gatekeepers shall not collect personal data beyond what is necessary for the provision of their services.”

For Brittin, such restrictions could be to the detriment of particular services that Google has employed during the coronavirus crisis – including commercial features on ‘Maps.’

“During the pandemic, we really tried to ensure that we could support users and small businesses. We launched around 200 new features across our products in order to do that,” Brittin said, adding that embedding additional data streams into Google Maps was a core feature of some of these services.

“This allowed, at the simplest level, small businesses to let their customers know that they were open, or that you could do takeaways, or you could do click and collect, by being able to show a map, opening hours and other information in Google search.”

“Those types of services could be at risk if combining products is not allowed.”

Brittin added that the use of “aggregated data from Google Maps to produce movement reports” that has become “hugely helpful to public health authorities” could also be another form of innovation that faces an uncertain future as part of the new rules.

“We see this kind of an integrated, user-centric feature that’s being developed quickly as a real advantage. And if we don’t have the clarity, I think there could be an inhibitor to innovation.”

Google has also adopted a hostile stance to the possibility of the EU executive introducing a general ban on self-preferencing practices.

In this context, certain activities highlighted in the leaked blacklist include a ban on preferential ranking for a firm’s own services, as well as a prohibition on platforms from preventing third-party sellers from promoting their offers to their customers through means other than the platform itself.

For Brittin, there could be legal complications when it comes to dealing with services offered up by local retailers – affiliated or not with Google – who may get caught up in the new restrictions.

“As an aggregator, you’re offering up a removal of friction, in order that small businesses can compete with this kind of technology,” he said. 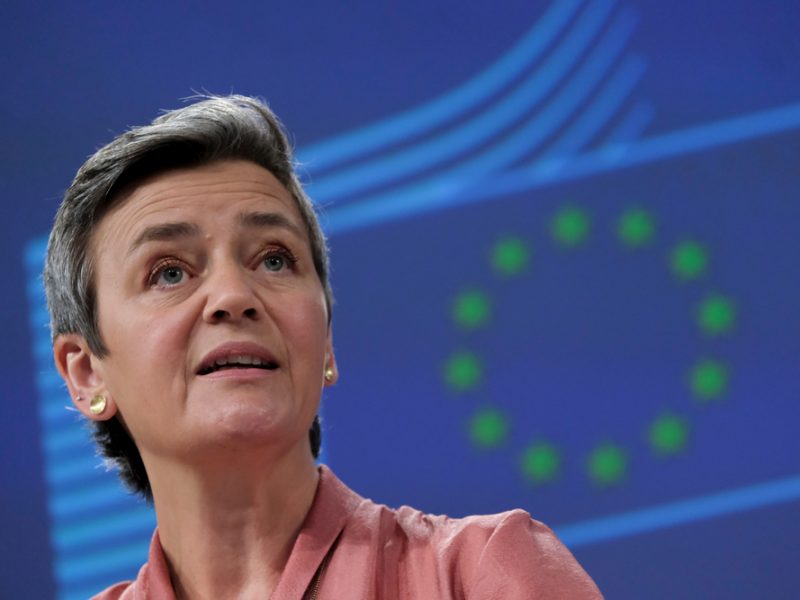 Breton meets with the platforms

Earlier this week, Google was one of a broad scope of platforms attending a roundtable with the EU’s Internal Market Chief Thierry Breton – a final round of high-level talks ahead of the publication of the two digital acts.

Several sources confirmed to EURACTIV that Google came under fire by some of the representatives of smaller platforms during the meeting, and was forced to emphasise its contribution to the EU economy.

Brittin, who was Google’s representative at the talks, did not recognise anything that ‘surprised’ him.

“Many of these companies have got very well established points of view, personal objectives, or areas where they’d like to see things different,” he said, adding that he did not necessarily feel the need to be “defensive”.