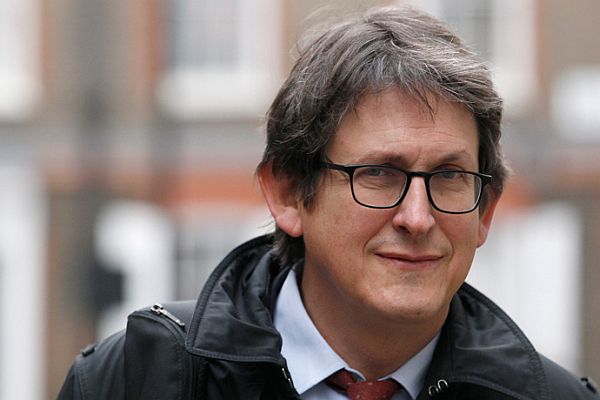 The editor of the UK’s Guardian newspaper urged Members of the European Parliament last week to do more to shield the media, claiming UK government pressure over revelations in the Snowden affair would have a chilling effect on journalism.

The Guardian editor spoke to MEPs during an exchange of views with the justice, home afffairs and civil liberties committee over the US Prism spying program on Thursday (5 September).

The British newspaper has published several reports about government electronic surveillance based on information provided by US citizen Edward Snowden, a former US National Security Agency contractor, currently in asylum in Russia.

British intelligence agents have since destroyed hard drives at the Guardian containing information from Snowden. David Miranda, the partner of the Guardian journalist who broke the stories, was recently detained at Heathrow airport and had electronic equipment seized.

Journalism is the only way to have the debate

Rusbridger predicted that such interventions will have a "chilling" effect and prove "obstructive" to journalism, noting that his newspaper "will have, at the end of it, I think, enormous legal bills in trying to defend and enable our reporting."

The Guardian journalist who was targeted, Glenn Greenwald, was also expected to take part in the Parliament hearing via videolink, but problems of "timing" made that impossible, EU lawmaker Juan Fernando Lopez Aguilar said. Lopez Aguilar, a Spanish socialist MEP, said that a further hearing might be arranged to give Greenwald the chance to contribute to the debate.

Rusbridger complained that laws safeguarding journalism seem to be "more robust" in the US than Europe, explaining that The Guardian has worked closely with US newspapers to enable reports to appear.

"In the view of most journalists that I know, Article 10 (in Europe) doesn't have the same weight that the First Amendment of the American constitution does," he said.

"I think it would be a common feeling amongst European journalists that we don't have the same protection against prior restraint and in favour of free expression that exists in the US," he added.

Rusbridger also encouraged the EU parliament to think about the oversight of intelligence gathering and how it "can be meaningful."

"I don't know who can do that job, but it seems to me it has to be lawmakers," he noted.

Rusbridger’s comments reflected Council of Europe Secretary General Thorbjørn Jagland's recent request that UK Home Secretary Theresa May explain the pressure that Downing Street had put on the Guardian newspaper over the Snowden case, in which he also warned of the potentially "chilling effect" on media freedom.

>> Read: Council of Europe asks UK to explain intimidation against the Guardian

In the letter (21 August), Jagland, a Norwegian politician, laid out his concerns over two recent events in the United Kingdom – the detention by police at the Heathrow airport of David Miranda, the partner of the Guardian journalist Glenn Greenwald, and the destruction of hard drives at the Guardian’s headquarters, which he said was “apparently under instructions of government officials”.

"For us the big issue is scrutiny", said Jacques Follorou, a journalist with French daily Le Monden who was participating in the Parliamentary debate. "Debate in France so far has focused on the technological means used, rather than the law and citizens' freedoms (...) The point is that these technologies can be used for other purposes than to fight terrorism", he stressed.

"The key question in this inquiry will be why our systems of check and balances failed,” said MEP Sophie In t'Veld (Alliance of Liberals and Democrats for Europe; the Netherlands), the vice-president of Parliament's justice, home affairs and civil liberties committee.

"We are in a scenario where there are no checks and balances at all,” said MEP Carlos Coelho (European People’s Party; Portugal).

Last June whistleblower Edward Snowden, a former US National Security Agency (NSA) contractor, revealed that the US authorities had tapped the servers of internet companies for personal data.

Europeans reacted angrily to the revelations, saying such activity confirmed their fears about American Web giants' reach and showed that tighter regulations were needed just as the EU and US were about to launch transatlantic trade talks