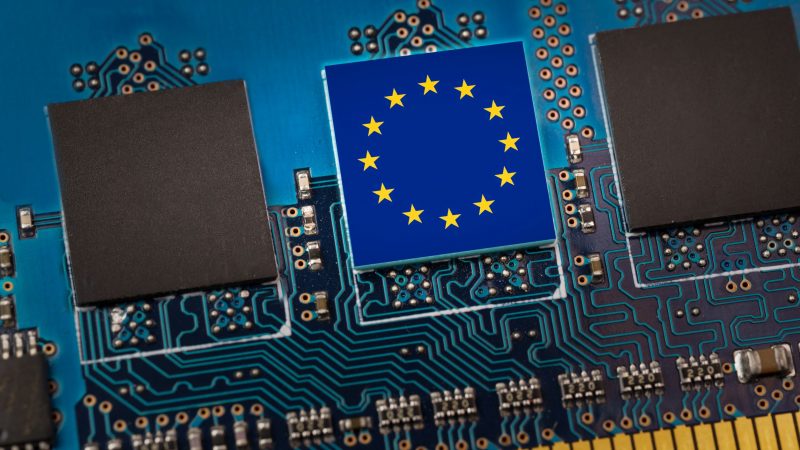 EU countries are divided on how to achieve strategic autonomy in their industrial policy. [Shutterstock]

The disruption of international supply chains due to the pandemic has prompted EU policymakers to strive for independence from third countries in strategic areas of the economy, as highlighted in the updated Industrial Strategy.

The discourse on digital sovereignty, in particular, has picked up the pace following the cancellation in May of a public procurement procedure for the Barcelona Supercomputing Centre, highlighting Europe’s ideological differences on how to deal with foreign technology.

“The situation we are in Europe is that we get 100% of our technologies from Shenzhen and California. This is not sustainable,” said Bert Hubert, co-founder of PowerDNS.

In a 2020 communication, the European Commission called for open strategic autonomy, defined as “shaping the new system of global economic governance and developing mutually beneficial bilateral relations, while protecting ourselves from unfair and abusive practices.” However, policymakers disagree over how such autonomy should be achieved.

The interventionist camp, led by France, would like to see the state play a stronger role in boosting domestic capacity by adopting protectionist practices if necessary. The liberal front, made up of Nordic countries and a handful of smaller member states, defends the principles of free trade, even if it means relying on technologies from abroad.

This ideological tension has experienced major political changes recently. Brexit dealt a major blow to the open economy camp, which with the departure of the UK lost its most influential advocate. The subsequent US-China trade war also led to a more interventionist policy prompted by the decoupling of value chains.

Paris, together with Berlin, wants to create industrial champions, European companies capable of competing with American and Chinese firms. However, the bloc’s medium-sized and smaller countries often lack large companies and economies of scale and hence tend to see this industrial policy as a purely Franco-German endeavour.

France’s definition of sovereignty is “the ability to make a choice, to choose dependencies, and to permanently keep this ability,” French MP Philippe Latombe told EURACTIV France, noting that many European countries do not share the same approach.

“The northern countries are rather Atlanticist and say that we should not intervene. The countries of the south are more interested in moving forward independently. And we, together with Germany, are trying to figure out how we can have the solution at home and how we can regulate the rest,” he added.

Scaleway CEO Yann Lechelle remarked how France has a history of spearheading technological innovation via state intervention. The recently approved cloud doctrine, for example, could lead to a “quantum leap” in technological uptake, since any new government project will need to be available on the public cloud.

“The question is what strategic autonomy means. At a basic level, autonomy means to be without constraints from the outside world. We should be clear on what we can achieve and in many areas that is very little. We live in a very interconnected world, and we have to deal with that,” Niclas Poitiers, a research fellow at the economic think tank Bruegel, told EURACTIV.

For Poitiers, state intervention tends to make companies less competitive and more reliant on public contracts. For instance, Chinese state-owned companies tend to be much less productive than companies that do not receive public support.

In terms of state interventions, Poitiers makes a distinction between software and hardware. He makes the example of semiconductors in the United States, where most of the components were initially developed for the military and the technology spilled over to consumer goods. This industrial strategy is however much harder to replicate for digital services.

What might seem a theoretical debate has real-life consequences when allocating public funding. Lechelle notes that only 0.1% of public procurement in Europe is going to European tech companies. “If there is a rebalancing act, it needs to involve absolute willingness to buy local.”

By contrast, the liberal camp prefers to buy the best available service regardless of the country of origin. These different economic doctrines came to a head last month over the procurement procedure for the Barcelona Supercomputing Centre.

The contract was awarded to the French tech company Atos, in spite of the fact the bid from IBM-Lenovo was considered more competitive. The decisive factor was that Atos better contributed to building up Europe’s technological supply chain. The Spanish government’s opposition was such that the public procurement procedure was eventually cancelled.

“We have institutions that are very much grounded in this idea of open trade, which is central to the way the single market operates. It would be hard to make a real system change. But at the margin we are pushing to a more interventionist model,” Poitiers said.