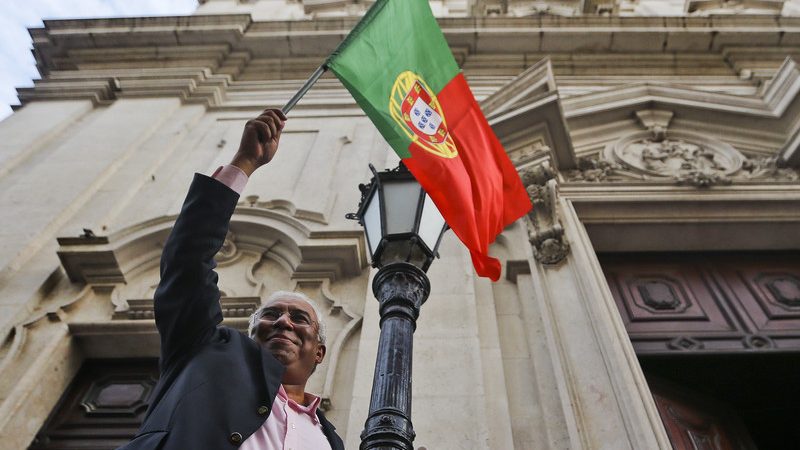 This article is part of our special report Imagining Europe’s Digital Recovery: Options for Investment.

The incoming Portuguese Presidency of the EU says that one of its priorities for its six-month stint chairing the EU Council is to foster the uptake of digital tools for governments across the bloc and that ‘significant’ funds from the EU’s recovery package should be allocated to this field.

As part of her state of the union speech in September, European Commission President Ursula von der Leyen said that 20% of the EU’s recovery fund, the so-called ‘Next Generation EU’, should be spent on digital projects by member states.

Since then, there has been heavy jockeying in Brussels for promoting different digital initiatives.

Speaking as part of a conference hosted by trade association Digital Europe on Wednesday (21 October), Pedro Siza Vieira, Portugal’s Economy Minister, said that such funds should be predominantly directed towards efforts to further digitalize the public sector.

Such efforts have only become more necessary, Siza Vieira said, as Europe faces the prospect of further lockdown periods resulting from the coronavirus, in many cases cutting off citizens from access to vital services.

“We want to have a very significant investment in digital government,” Siza Vieira said, adding that the Portuguese Presidency, which takes its seat at the beginning of 2021, would encourage member states to focus on three areas for future digitization, including justice, social security, and health services.

Certain member states already have a patchwork of digital services available for public use but the EU plans to create a more harmonious landscape across the bloc for the provision, deployment, and uptake of such services.

At September’s European Council summit, conclusions noted that a ‘European digital identity scheme’ could be one way of ensuring member states are more aligned in such areas. An EU-wide electronic identity should aim to “provide people with control over their online identity and data as well as to enable access to public, private, and cross-border digital services,” leaders said.

The incoming Portuguese Presidency and member states seem to be on common ground with the EU executive on these points, with the Commission already in the process of exploring how interoperable digital tools can be employed to develop a more harmonized landscape for cross-border digital public services.

The Commission will put forth plans for the establishment of a European digital identity in the first quarter of 2021.

Commission documents recently obtained by EURACTIV reveal that the Commission’s wants European digital identity to be ‘universally available’ to all EU citizens and businesses on a voluntary basis, as well as being ‘universally usable’, and be recognized “by private and public service providers for all transactions that require authentication.” The Commission is dubbing this feature the ‘EU single sign-on.’

Elsewhere, Siza Vieira on Wednesday also charted a rapid digitization of the bloc’s educational sector, as a means to contend with the increasing challenges of working and studying remotely, and to ensuring that citizens across the bloc are have the skills allowing them to be more mobile in the future jobs market.

The Portuguese Economy Minister also said that it was vital all children have the appropriate digital tools to work in the classroom and that schools across the bloc have the means to be well-connected.

Delivering a pre-recorded speech at Wednesday’s event, these points were largely backed by Austria’s Minister for Digital and Economic Affairs, Margarete Schramböck, who explained her country’s approach to digital affairs and how it has been transformed as a result of the coronavirus pandemic.

“First, it’s about a transformation of Public Administration. It’s about making lives easier for citizens and also for the companies in Austria. Second, it’s about digital education. So we will also put a lot into the digital education of our youngsters and our students in schools, but also at university, for example,” she said.

In the broader pursuits for digital capabilities across the EU, President Von der Leyen’s advisor for digital affairs, Anthony Whelan, noted how the need for digital skills should be a ‘major focal point’ for future EU policy, and that the executive’s recently presented Digital Education Action Plan should be a standard for the future digitalization of skills.

Towards the end of September, the Commission charted a two-pillared strategic approach to fostering digital education in the EU as part of its Digital Education Action plan, including ensuring high quality infrastructure, connectivity, and digital equipment for students, as well as encouraging the uptake on basic digital skills from an early age.

More specifically, as part of the plan, a broad series of initiatives will be pursued, including recommendations for distance learning for primary and secondary education, guidelines on Artificial intelligence use in the classroom, promoting digital literacy, and creating a European Digital Skills Certificate.

In addition, at the beginning of July, the EU executive laid out ambitious new goals for upskilling and reskilling the bloc by 2025, including the objective of ensuring that 70% of the adult EU population has basic digital skills. Such initiatives are also broadly welcomed by industry.

As part of Wednesday’s event, trade lobby Digital Europe also put forward a series of investment recommendations, focusing on five ‘digital’ areas of the economy, such as education, healthcare, SMEs and startups, sustainability initiatives, and connectivity.

And particular focus, Director-General Cecilia Bonefeld-Dahl said, should be directed towards the relationship between skills and employment in the digital arena, pursuing the targets already laid out by the Commission.

“One of the things that we’re looking at his skills. We will have a lot of unemployment in the future,” she said.

“People will depend on being able to reskill themselves into digital jobs, and this is more relevant than ever in the post-COVID era.”