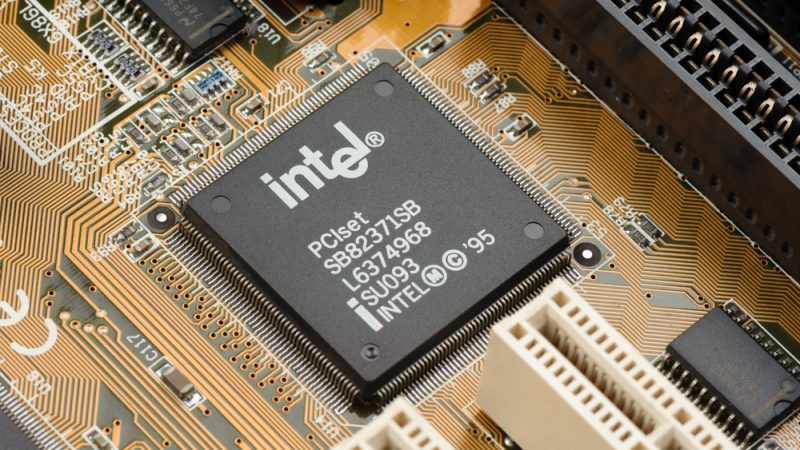 "The latest technology will be employed at the production sites, so two nanometres or lower," Christin Eisenschmid, head of Germany at US semiconductor manufacturer Intel, told EURACTIV in an interview. [Nor Gal/Shutterstock]

Intel wants to massively expand its production facilities in Europe to the tune of €80 billion, focusing on next-generation microchips measuring two nanometres and smaller, thus competing with Asian manufacturers who currently produce them at three nanometres.

Currently, the production of high-tech semiconductors is mainly limited to Asia, but with eight semiconductor plants in the pipeline, Intel wants to make producing cutting-edge chips possible in Europe.

These production facilities will produce semiconductors using “the latest technology, i.e. two nanometres or smaller”, said Christin Eisenschmid, head of Germany at Intel in an interview with EURACTIV.

Due to the ongoing supply bottlenecks for semiconductors causing billions of euros in losses for EU companies, the Commission has declared expanding European production capacities a geostrategic necessity.

Additionally, it set the two-nanometre mark as a target for expanding European production capacities to avoid falling behind in the race for future technologies. Intel’s ambitions, therefore, align with the EU’s strategic goals.

Semiconductors are considered the backbone of the digital transformation, and the smallest microchips are used for future technologies such as AI-based applications, autonomous driving, and the Internet of Things (IoT).

According to a study by the consultancy firm Kearney, demand for cutting-edge semiconductors in Europe will increase rapidly in the next few years – from 19% currently to 43% in 2030. At the same time, demand for semiconductors as a whole will also more than double.

Having led the field for decades, Intel has now lost some of its market share to competitors such as Samsung and TSMC who can produce more innovative products.

“Right now, Intel is not able to produce the most advanced cutting-edge semiconductors because they missed the leap to the latest generation of semiconductors,” Niclas Poitiers, a research fellow at think-tank Bruegel, told EURACTIV.

Poitiers questions whether Intel can build the envisaged production facilities in a short time frame. In this context, the announcement by the US firm could also be seen as a “lure for investment”, he added.

Amid increasing pressure, Intel, under the leadership of new CEO Patrick Gelsinger, has embarked on a broad investment drive to regain lost ground against its rivals.

On Friday (21 January), the chip manufacturer announced plans to invest around €20 billion in the US state of Ohio, rising to €100 billion by the end of the decade.

The race for subsidies

Concerning US investments, Intel added that its planned investments would be at least partly linked to the level of subsidies provided by the government.

Intel also asks for billions in subsidies to expand its semiconductor plants in Europe. About 40% of its EU investment will be financed by the public sector, corresponding to about €32 billion.

“The 40% is roughly the amount needed to close the financing gap that exists vis-à-vis Asia,” said Intel’s German head Eisenschmid.

Production and wage costs are much lower in Asia, while at the same time, Asian countries also offer higher state subsidies.

Commissioner for Competition Margrethe Vestager already warned in November of a possible “subsidy race” at the international level.

Eisenschmid argues that contrary to Vestager’s views, it is much more a “race for technological leadership and competitiveness” in Europe than a subsidy race. 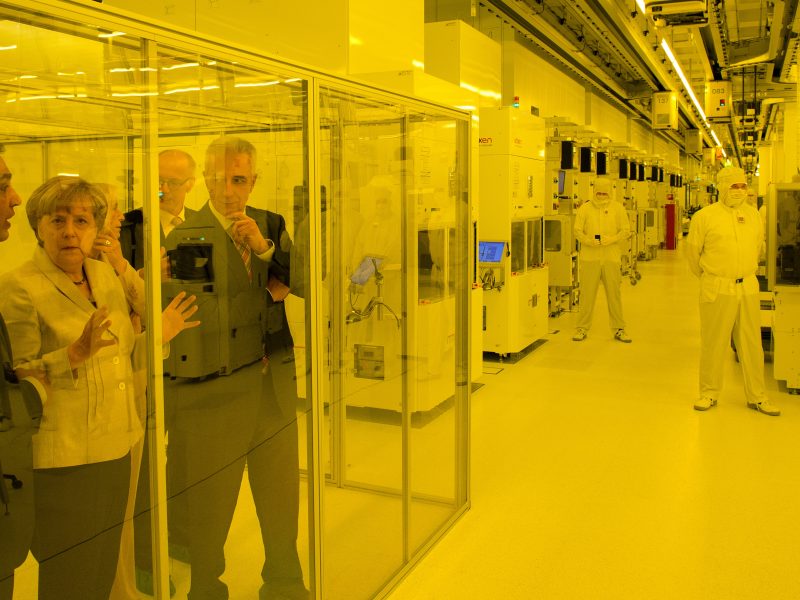 Germany for instance, which is among the potential candidates’ for the investment – alongside France and Italy –  has announced a €3 billion subsidy package for the semiconductor industry in September. However, even Europe’s largest economy is far off from offering the €32 billion required by Intel – at least at the moment.

Although the US firm intends to distribute the investments over the next 10 to 15 years, raising the required sum would still present EU member states with considerable financing difficulties.

In addition, European state aid law could also pose an obstacle. Although subsidies for investments within the framework of the so-called ‘Important Projects of Common European Interest’ (IPCEI) are possible in principle, they are linked to the innovative potential of the investments in question.

As Europe aims at bringing chip production back along the entire value chain to boost its sovereignty, these investments are not solely based on innovations and could thus exceed the nexus to the innovation required from the IPCEI.

However, a new legal act of the EU could remedy this situation, as the European Commission is currently working on the EU Chips Act to bring the semiconductor industry back to the bloc.

The Commission has not only set itself the goal of more than doubling Europe’s international market share in semiconductor production to 20% by 2030 but is also planning to relax subsidy rules for the semiconductor industry. This could open up new room for manoeuvre for state investments.

Eisenschmid is confident in any case. The discussions with the various government representatives are “very promising”, she says.

“There is a lot of interest in working with us and entering into a partnership,” she told EURACTIV.