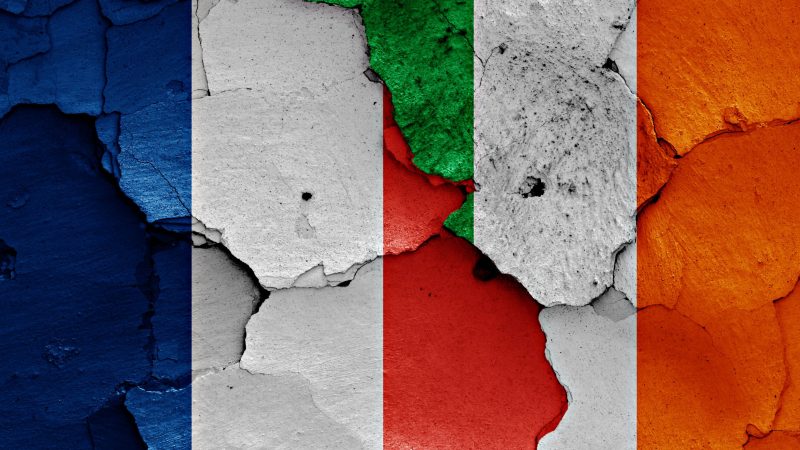 France and Ireland have been clashing over the country of origin principle in the Digital Services Act (DSA). [Shutterstock]

France has been in the driving seat for a push against the country of origin, one of the core principles of the e-Commerce Directive. The principle is reiterated in the Digital Services Act (DSA), a flagship legislative proposal currently being discussed among EU member states in the EU Council.

Under the “home country supervision”, the service providers are subject to the jurisdiction of their country of establishment, which the French government is trying to change to the country of destination.

The proposal was not well received by several member states, particularly Ireland, which considers “any erosion of this principle is a red line.” This is according to an EU diplomatic source who spoke to EURACTIV.

With Irish coordination, a coalition of countries comprised of Croatia, Czechia, Estonia, Finland, Latvia, Lithuania, Luxembourg, Slovakia and Sweden signed a non-paper “on the effective supervision under the Digital Services Act.”

“The country-of-origin principle is fundamental in providing businesses with the necessary legal certainty and understanding when engaging in cross-border trade as to the rules and regulations to which they must adhere and the competent authorities they need to deal with,” reads the non-paper seen by EURACTIV.

The ten countries point to the fact that the country of origin principle is significant for digital services as they are by nature cross-border. The argument says that turning the principle upside down would burden SMEs with regulatory costs for complying with 27 different jurisdictions.

“Any changes to this fundamental Single Market approach would inherently undermine the development of digital services in Europe, allowing only the very large players to scale across the Single Market,” the Irish-led non-paper adds.

The current governance system entails that only the country where the service provider has legal residence is entitled to impose corrective measures, with cooperation and assistance from the other member states as required.

The ten countries consider this the optimal solution, arguing that any alternative would create legal uncertainty and fragment the single market. They conclude by calling for closer cooperation among EU countries, as already included in the implementation measures of the DSA.