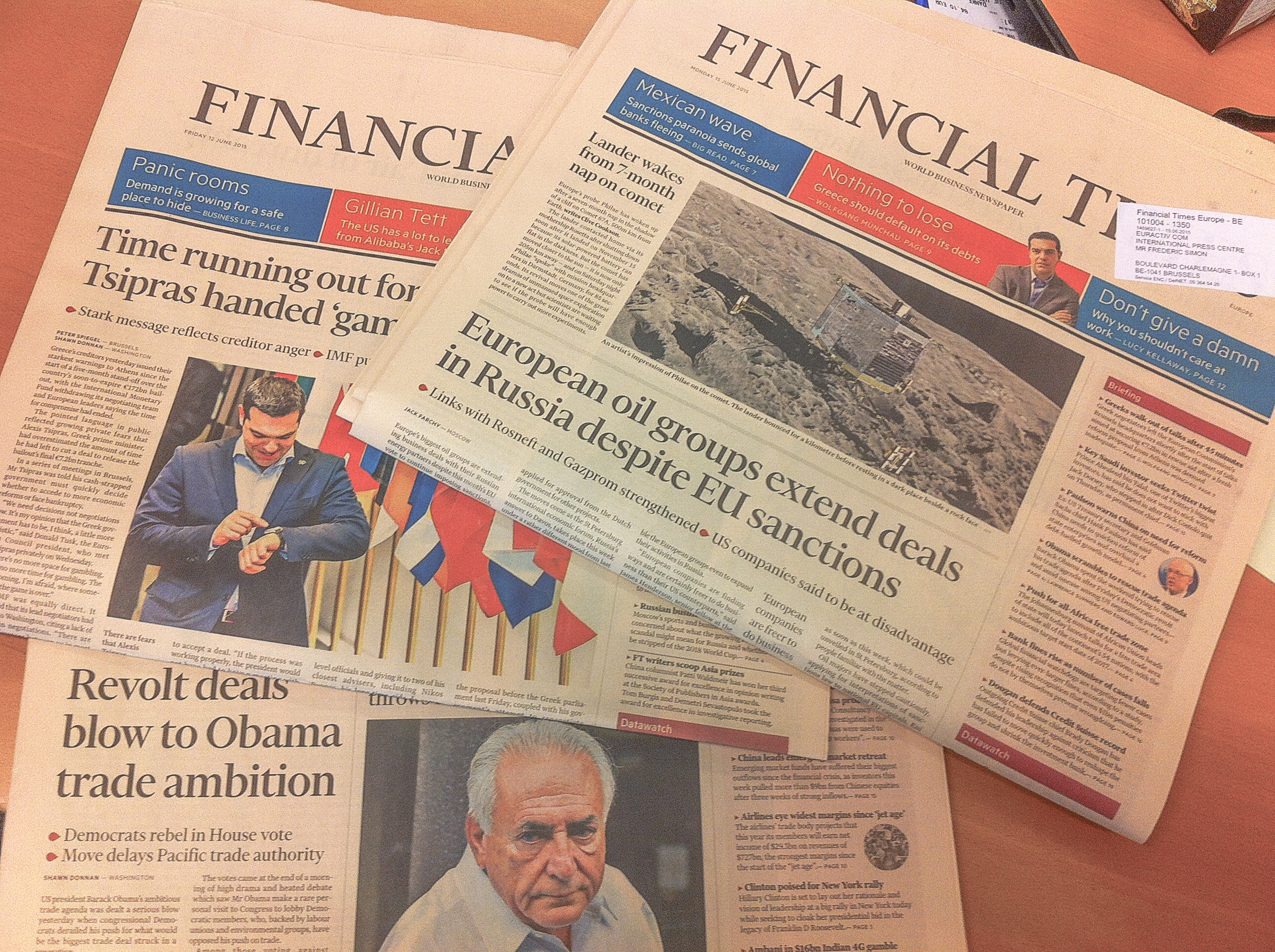 Pearson said it was selling the FT Group, which includes FT.com. But the deal does not include the group’s 50% stake in The Economist, or the London offices where the newspaper is based.

In a video interview with the FT, Pearson’s chief executive John Fallon said the company wanted to focus on being “the world’s best education company”.

“You’re a global education company or you’re a global journalism company, both great things to be, but it’s hard to ride both horses equally well,” Fallon said.

The sale should be completed later this year, according to a statement.

Founded in 1888, the Financial Times has become the global business paper of reference, with editions covering Britain, Europe, US, Asia and Middle East, and has made an agile shift to online publishing.

Tsuneo Kita, chairman and group CEO of Nikkei, said he was “extremely proud of teaming up with the Financial Times, one of the most prestigious news organisations in the world”.

Nikkei Inc., publisher of the Nikkei business daily, employs more than 3,000 people and says is the largest independent business media group in Asia.

The Nihon Keizai Shimbun – or Nikkei daily – has a track record of financial scoops and is a must-read for executives. About 2.7 million copies of its morning edition are printed daily while the afternoon version numbers 1.4 million copies.

Lionel Barber, the FT’s editor since 2005, explained the decision at a staff meeting in the paper’s headquarters on the south bank of the River Thames close to the City of London.

“It’s been a difficult process,” Barber was quoted as saying by Peter Spiegel, one of the staff journalists present. Barber is reported to have added: “I just want to be clear this was not and is not a shotgun marriage.”

The FT reported that the deal went down to the wire, with advanced talks with German media group Axel Springer newspaper scuppered at the last minute by a surprise all-cash offer from Nikkei.

The paper cited two sources as saying that Axel Springer only found out that its year-long bid to buy the paper had fallen through 15 minutes before the sale to new bidder Nikkei was announced.

In recent years, several major media companies were rumoured as potential buyers of the Financial Times, but seen as an imperfect fit with Pearson, which earns 90% of sales from its education division.

The newspaper has been ahead in adapting online, and attracts advertisers due to its ability to reach wealthy individuals, according to Steve Schifferes, professor of financial journalism at London’s City University.

“The FT has made one of the more successful adaptations to the web, driven by its ability to sell online subscriptions based on its unique information,” Schifferes said.

“However, it still faces challenges from the large number of free business news websites, and its paywall may limit its future growth, compared to new web-based rivals.”

The newspaper’s digital subscriptions overtook print circulation in 2012, while mobile – tablets and smartphones – now account for about half of FT.com traffic.

“Though FT has always argued (the) UK benefits from ease with which foreigners can buy our assets, I am desperately sad FT British no more,” Peston wrote on Twitter.

“If I were still at FT, I’d ask if Nikkei respects culture of trying to hold all power to account (even if FT, like rest of us, often fails).”

Asked whether the newspaper’s editorial independence would be assured under Nikkei ownership, Pearson’s chief executive Fallon told the Financial Times that there had been no written agreement but that he was confident.

“[Nikkei’s] commitment to vibrant journalism without fear or favour is a fundamental part of its own code, its own philosophy, its own culture, that’s the best guarantee,” Fallon said in the interview.

Owned by Pearson since 1957, the FT launched a European edition in Frankfurt in 1979 before expanding to be printed all over the world, including in New York, Tokyo, Hong Kong and Dubai.