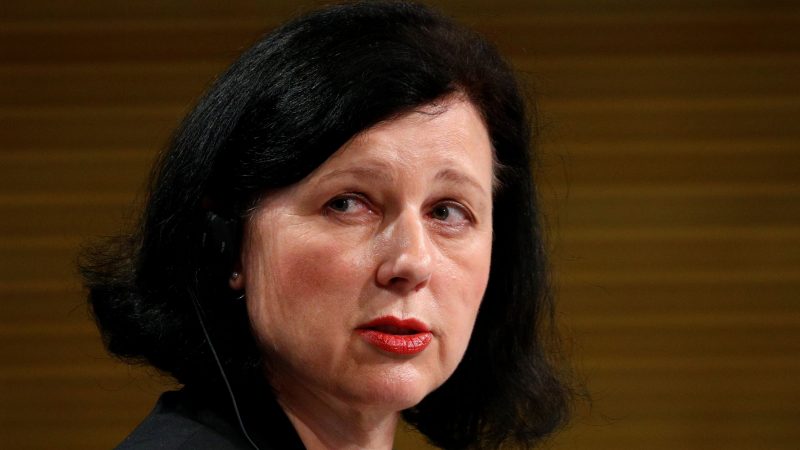 European Commission Vice-President Věra Jourová has in several instances clashed with the Polish government over the judiciary bill and reform of the broadcasting licensing system. [EPA-EFE/FRANCOIS LENOIR / POOL]

The European Commissioner for Values and Transparency, Věra Jourová, visited Poland on Monday and Tuesday (30-31 August), as tensions remain high over rule of law and media freedom in the biggest eastern member state.

The visit took place amid ongoing disagreements between Brussels and Warsaw over Poland’s contested judicial and media reforms, which EU policymakers fear would jeopardise the democratic functioning of both.

“It is fine to differ politically – this is what democracies are for. But we have to follow the common rules of the game; we have to agree that there is one referee. These rules are called the rule of law,” Jourová said during an event celebrating the foundation of the Solidarność movement in Gdańsk.

“We are continuing the dialogue with Prime Minister Mateusz Morawiecki on the rule of law and other important issues for both Poland and the EU. I reminded that the EU is a community of law based on mutual trust. Therefore, the rulings of the European Court of Justice should be fully respected,” Jourová tweeted.

With PM @MorawieckiM we continue dialogue on rule of law and on other relevant issues both for Poland and the EU.

I recalled that the EU is a community of law based on mutual trust. This is why the rulings of the European Court of Justice must be fully respected. 🇵🇱🇪🇺1/2 pic.twitter.com/THrXIKhQ9D

“I look forward to more details on how Poland intends to implement the latest rulings and I am ready to support Poland in implementing EU law,” she added in a second tweet.

During her trip, she met with Prime Minister Morawiecki and the recently appointed Ombudsman Marcin Wiącek, who was nominated by the opposition and appointed by parliament in July.

“The conversation concerned the areas of cooperation between the ROP, the European Commission and other bodies of the EU. First, there was talk of the continuation of cooperation and those areas which are the most important from the point of view of the relations between the spokesman and the EU,” Wiącek told reporters after the meeting.

Jourova also had a conversation with the leader of the Poland 2050 opposition party, Szymon Hołownia.

“At the opening of the three-day visit to Poland of the Vice-President of the European Commission and the EU Rule of Law Commissioner Vera Jourová, we talked about the challenges related to freedom of speech and media, the rule of law and the functioning of courts in Poland,” Hołownia wrote on Twitter.

Earlier this month, the Polish government had to scrap its reform of the judiciary following a ruling by the European Court of Justice that deemed the new disciplinary system to be incompatible with EU law, as it could lead to political control over judicial decisions.

In June, Justice Commissioner Didier Reynders sent a letter to Zbigniew Ziobro, Minister of Justice, and Konrad Szymański, Minister for European Affairs, asking the government to withdraw their complaint to the Constitutional Tribunal, arguing it was undermining a fundamental principle of EU law.

On Tuesday (31 August) the Constitutional Tribunal delayed its decision to 22 September. Speaking to TVN24, European law professor Robert Grzeszczak defined the proceedings as a “political game”.

Earlier this month, Justice Minister Ziobro described the EU move against Warsaw’s judicial reforms as “black-mail”, adding that “Poland should be in the EU, but not at any cost.” 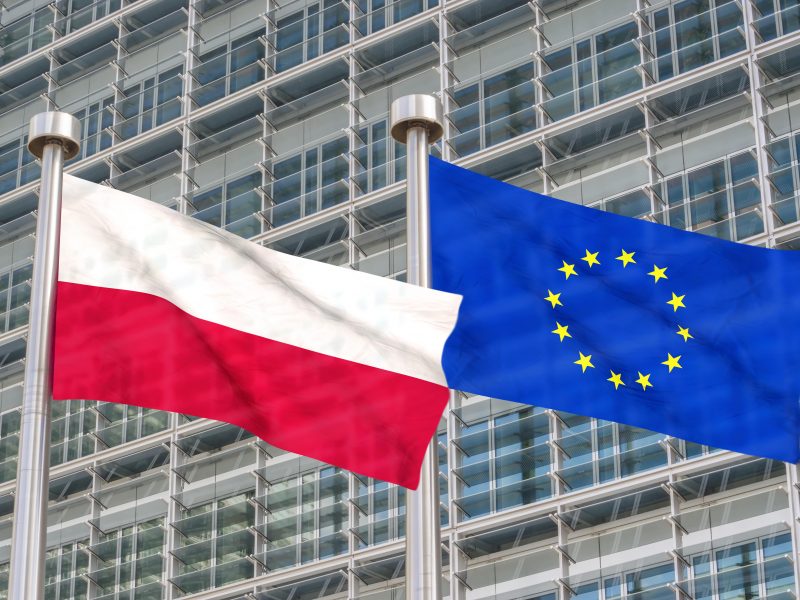 Another point of contention in EU-Polish relations is the independence of the media. The Polish government recently presented a bill that would introduce restrictions in the broadcasting licensing system for foreign media.

“The people need media to control us in power, not to bow to the power,” Jourová stressed in her speech, during which she also pointed to a worsening situation for media freedom in Europe.

The media law has been nicknamed ‘Lex TVN’, as it is largely seen as targeting the independent media channel TVN24, owned by the US media conglomerate Discovery Inc.

Asked what the European Commission would do regarding the TVN license, Jourová told the press that the Commission was following the case and “will certainly respond”. She defined the bill as an “attempted monopolization” that the EU executive would not accept.

Jourová also appealed to Polish citizens to support the European Media Freedom Act, which the Commission is set to present before the end of the year. 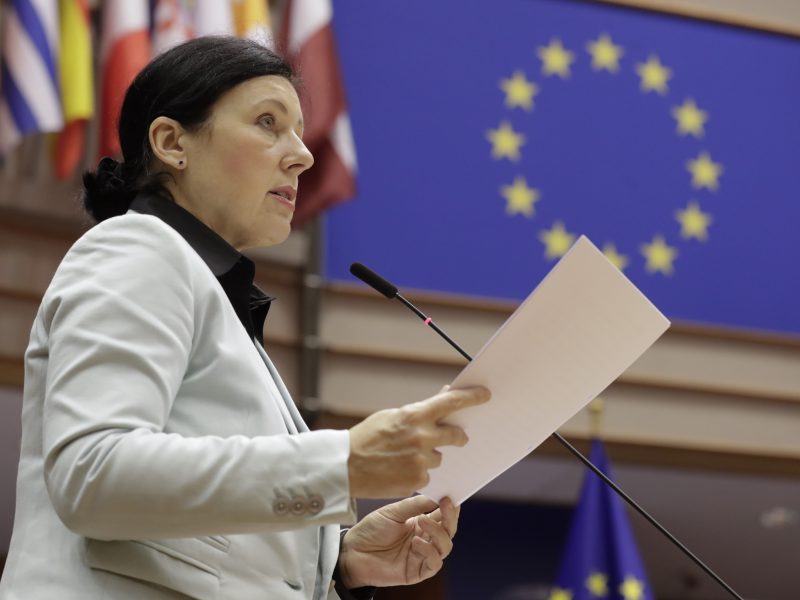 During her visit to Poland, the Commission VP is also planning to meet the European People’s Party chairman Donald Tusk.