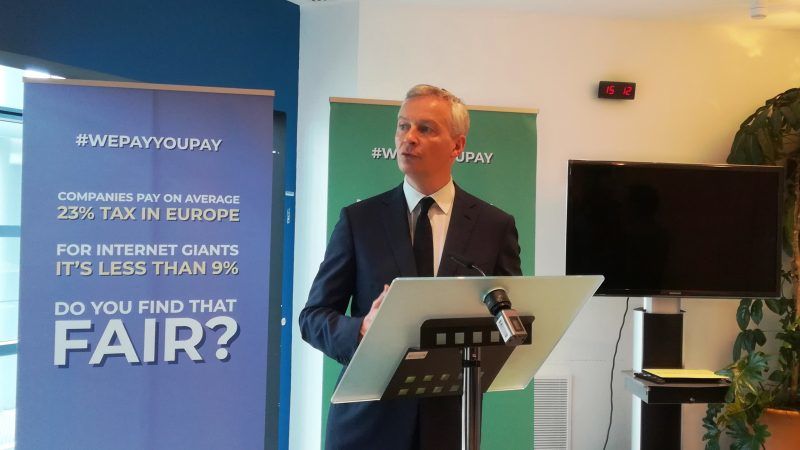 Bruno Le Maire wants to reach an agreement with the Council within 60 days.

Nineteen European countries now support introducing a tax on tech giants’ revenues but a handful of capitals are resisting, including Berlin. Campaigning in support of the plan, Bruno Le Maire, the French minister of economy and finance, has 60 days to convince them. EURACTIV France reports.

Le Maire only had one issue in his mind for his trip to Strasbourg on Tuesday (23 October): a tax on tech giants. The minister would like to see the project succeed “within 60 days,” he stated at a press conference.

The minister came in order to participate in a hearing of the European Parliament’s TAXE committee. He then supported an event on taxing the digital sector, before ending the day with a public consultation on Europe’s economic sovereignty, alongside the European Commissioner for Competition, Margrethe Vestager.

“Tech giants pay 14 points less in taxes than the other multinationals,” Le Maire stated. This difference maintains tax distortions within the EU and looks set to be a time bomb a few months away from the May 2019 European elections.

“If we want to contain the extremes, we have to choose and restore fiscal justice,” the minister emphasised. Therefore, an agreement on the matter has to be reached between the European capitals by the end of the year.

The plan to tax tech giants specifically, whose businesses more easily evade corporation tax, is the subject of a growing consensus. According to the proposals on the table, digital companies with global annual revenues of €750 million or more, or whose taxable European annual revenues amount to €50 million, are reportedly taxed on their European operations at 3%.

While some think it would be discriminatory and others believe it would not go far enough, a “GAFA” (Google, Apple, Facebook and Amazon) tax is however supported by almost all of the European capitals. They accept the principle of having a European tax, at least until a more global agreement is found at OECD level.

Some countries which were very hostile to the idea of a “GAFA” tax – such as the Netherlands, Luxembourg and the Baltic countries – have ultimately been persuaded into supporting it.

However, the subject has still to win over some reluctant countries, including the Scandinavians, Ireland and particularly Germany. “There are many countries which have moved, we are close to an agreement,” Le Maire clarified.

In 2016, Berlin had supported the plan along with France, Italy, Spain and the United Kingdom, before joining the ranks of those advocating a more global solution to taxing the digital sector.

“Germany was one of the countries behind this project,” Le Maire recalled. “I don’t imagine that a commitment made by the German government can be undone.”

The campaign to convince Germany, led by Le Maire, should continue when the minister travels to Berlin to meet Olaf Scholz on 26 October. They will discuss the digital tax and also the possibility of making progress on a more global tax, notably within the G7 framework, where France will take over the presidency in 2019.

The French minister’s visit gained the support of some MEPs from reluctant countries, such as Elmar Brok, one of the German CDU’s distinguished representatives at the European Parliament. “I’m very pleased to see that Elmar Brok has given his support, it’s a sign that things are moving,” Le Maire said.

The Dutch socialist MEP Paul Tang, whose country was long one of the last opponents to the “GAFA” tax, also attended the mobilisation driven by Le Maire. “Support for this taxation is growing in my country,” he stated. “It’s impossible to resist the movement.” 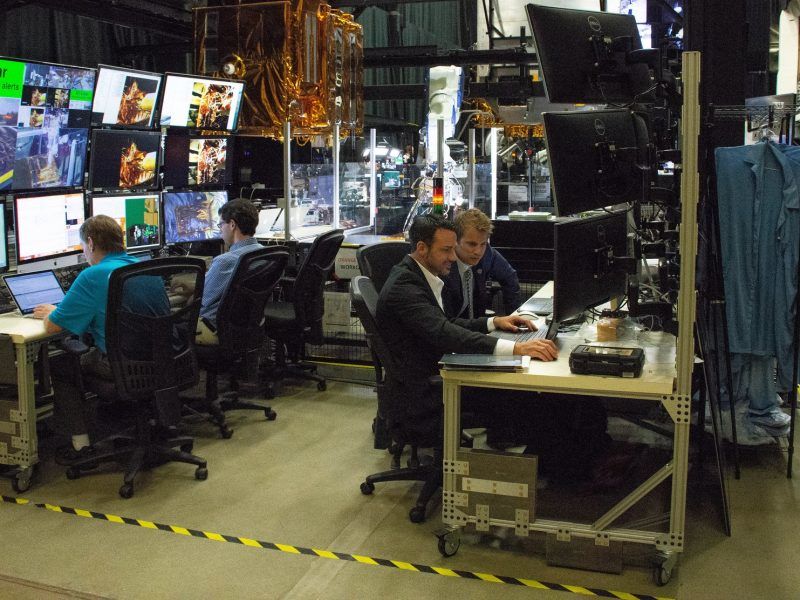