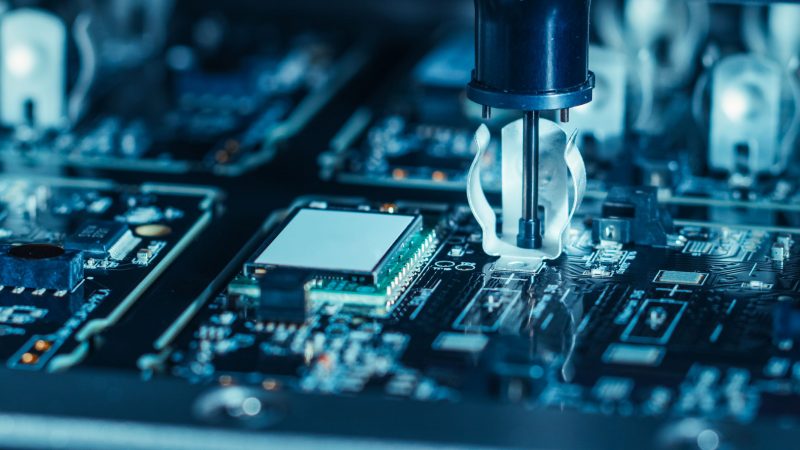 Microchips are among the most sophisticated technologies in the world. [Shutterstock]

The announcement, made in March, is a welcome boost to the EU’s ambition to raise its semiconductor production. Thierry Breton, the EU’s Internal Market Commissioner, directly mentioned Intel last month as one of the global chipmakers the EU wants to attract in Europe.

The invitation is part of the EU’s updated industrial strategy, which sees semiconductor technologies as an area of key vulnerability for Europe’s strategic interests.

“We plan to establish a new manufacturing site in Europe providing foundry services to serve European and global customers. This will serve the incredible global demand for semiconductors as well as rebalance the geographical distribution of the global supply chain for silicon,” she added. 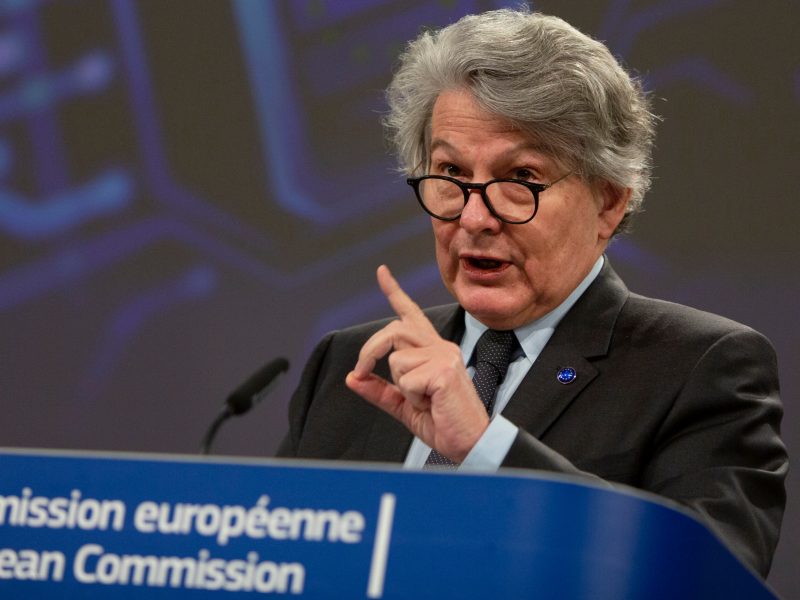 A global shortage of computer chips is exacerbating this dependence on foreign producers, as the COVID pandemic has disrupted global supply chains and also increased the demand for electronic devices.

The chip shortage is having wide-ranging consequences, hitting 169 industries, according to a recent study from Goldman Sachs. Car-makers have been particularly affected, with an estimated €90 billion revenue loss.

The foundry plant will allow EU companies to produce their chips in Europe based on their own tailor-made design. At the moment, most of the production of chips for European producers takes place in Taiwan or South Korea.

Intel has long been present in Europe, which according to Eisenschmid makes it the “natural partner” for the European semiconductor industry. The company is therefore prepared to play a key role in the upcoming Alliance on processors and semiconductor technologies – an initiative by 22 EU countries – providing a link to global supply chains.

In the last two years alone, the tech company has invested $7 billion in Europe to double its manufacturing space in Ireland and other European countries. Eisenschmid made clear that “the purpose of this investment is to bring Intel’s latest generation 7nm process technology to Europe and expand our manufacturing operations.”

For Intel, the new manufacturing plant will mark a “new era” for technological innovation in Europe, generating positive spillovers for the entire EU ecosystem. Its European customers will acquire know-how, taking advantage of Intel’s advanced techniques for semiconductor design.

Eisenschmid expects the new facility will increase the speed at which EU companies are able to bring their innovations to market by making “state-of-the-art technologies more widely available to all sectors of European industry and naturally reinforce links in the supply chain across the region”.

As computer chips are among the most complex technologies in the world, their development takes many years and is very capital intensive. The Commission estimates that the design and development of advanced chips might require up to €1 billion, while the establishment of a fabrication plant might cost up to €20 billion.

This lack of elasticity in advancing chip production is the root cause of the global shortage, which experts warn might last up to two years. Intel’s ambition to enhance its European capacity is therefore part of a broader strategy to geographically rebalance international supply chains while meeting the growing global demand.

“We want to contribute to adequate semiconductor supply in Europe and we expect it to take four to five years to build a foundry in Europe,” she added. The US company is still looking for the best location for the new plant, which is expected to be announced later this year.

In its Digital Compass strategy, the European Commission set out its ambition to double its share in the global production of cutting-edge semiconductors by 2030. A part of the very significant resources might come from the Recovery and Resilience Facility, the EU’s massive post-pandemic investment plan.