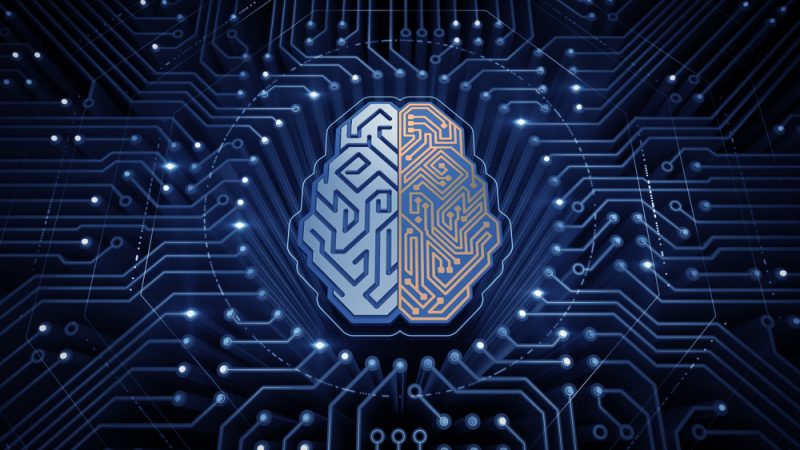 The European Parliament's Committee on Civil Liberties, Justice and Home Affairs (LIBE) and the Committee on Internal Market and Consumer Protection (IMCO) have the joint lead on the AI Act. [Sergey Tarasov/Shutterstock]

Liberal Dragoș Tudorache and social-democrat Brando Benifei have been spearheading the discussion on the AI Act for the civil rights and consumer protection committees of the European Parliament, respectively.

“There are things that we agreed already, and they will be in the draft report, and things on which we think that we will agree, but because we haven’t found right now the common denominator, we did not put them in the report,” Tudorache said.

“Our approach has been to make this regulation truly human-centric,” Benifei told EURACTIV. “We haven’t agreed on everything, but we have made an important step forward.”

The two lawmakers agreed on keeping the definition of AI broad, excluding carve-outs for general-purpose AI, systems that can be trained to perform different tasks. The definition was kept mostly unchanged, but the specification that AI must pursue humanly defined objectives was removed.

For public authorities, the draft report includes more substantial obligations and transparency requirements when using high-risk applications, including being listed in an EU-wide database.

The list of high-risk applications was extended to cover AI systems designed to interact with children, medical triage, insurances, deep fakes, and algorithms with potential impact on democratic processes, for instance, those used for electoral campaigns or to count electronic votes.

“The text provides better clarity on the division of responsibilities between providers and users. When users are making changes to the algorithm put on the market by a provider, that triggers certain obligations for the user to fulfil,” Tudorache said.

However, Benifei stressed that the draft report did not go far enough and anticipated that more would need to be done at the amendment stage.

The co-rapporteur agreed to a two-layer approach. On top of the national level, the lawmakers want to add a European level for AI applications that might have profound implications on consumers and widespread societal impact.

“The logic is the same as in the DSA,” Tudorache explained. “Certain parts of the application remain with the national authorities, but in certain cases, triggered by certain criteria, the responsibility for the Commission kicks in.”

While the leading MEPs both want to strengthen the role of the European Artificial Intelligence Board, which will gather all competent national authorities and the Commission, they still have yet to iron out how that will happen.

Progressive lawmakers have been pushing for a new EU agency to take over the enforcement of the regulation. Still, Benifei admitted there was no clear majority for that in the Parliament.

The draft report includes an amendment to include AI under the Representative Actions Directive, which would give consumer groups the possibility to start legal proceedings.

The two lawmakers do not see eye to eye on the conformity assessment, the process that will lead to new AI systems being launched into the market.

The original proposal largely relies on companies conducting their self-assessments, but Benifei considers that might be too risky from a consumer protection and fundamental rights perspective. By contrast, Tudorache wants to avoid excessive administrative burdens for companies.

An even thornier issue is biometric recognition technologies, which the Commission proposed restricting to a few limited cases, an approach defended by Tudorache and conservative lawmakers. Conversely, Benifei and left-to-centre MEPs want a complete ban, insisting that even limited exceptions might open the door for abuses.

The extension of the ban on social scoring practices to private entities was also on the table, but no agreement on the exact wording was found yet. Similarly, biometric categorisation will also be addressed at the amendment stage.

The two lawmakers have also been discussing the inclusion of an impact assessment on fundamental rights, but Benifei would like to apply it to all users, while Tudorache only to public entities.

The draft report is scheduled for discussion in the two parliamentary committees on 11 May. The plan is to have the committees vote on the final text on 26 or 27 October, certified by a plenary vote on 9 November.

Practical difficulties might arise to find a common agenda with so many people involved, especially during the summer, not to mention potential disagreement on highly political points. Still, both MEPs said they were optimistic that the Parliament would adopt its position by the end of the year.