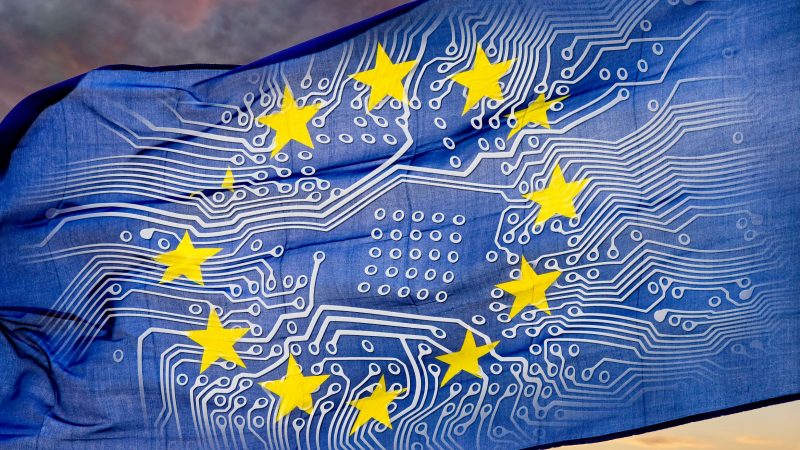 The European Commission is announcing on Wednesday (15 September) a governance framework to monitor EU countries' progress against the Digital Decade targets. [Shutterstock]

The European Commission is set to launch a new governance framework for monitoring the digital transition and provisions for fast-tracking multi-country projects, according to a leaked copy of the draft legislation obtained by EURACTIV.

The decision on ‘Path to the Digital Decade’ is planned to be published on Wednesday (15 September), following the state of the union speech by Commission President Ursula von der Leyen. The legal act is intended to introduce a regulatory and methodological tool to monitor the digital transformation in Europe, in line with the Digital Decade targets published in May.

“This initiative seeks to set up a robust governance framework providing structured cooperation between the Commission and the member states to achieve the EU’s digital targets, foster European digital capacities and monitor progress on digital principles. It would translate the EU’s digital ambition in concrete actions identifying adjustment measures when needed,” the proposal reads.

Within this framework, the Commission will monitor the digital performance of EU countries using the Digital Economy and Society Index (DESI), an existing indicator that tracks the digital achievements of member states.

The Commission will present an annual report on the digital progress to the EU Council, which gathers representatives of all 27 member states, and the European Parliament. The report will also include recommended actions and measures for EU countries, which would take the form of “joint commitments”.

In relation to corrective measures, the proposal details that “possible concrete actions that may be suggested as a result of the monitoring will only be an outcome of an iterative and cooperative process between the Commission and the member states to take place subsequently, in the form of recommended actions.”

The proposal is also meant to fill in a “gap in the EU toolbox to combine funding from member states, the EU budget and private investment for the purposes of deploying and operating infrastructures and services of common interest, outside the research area.”

In this regard, the decision introduces the European Digital Infrastructure Consortium (EDIC), an accelerated legal procedure to set up multi-country projects relevant for the digital transition that cannot be implemented under other implementation mechanisms.

In the context of the EDIC procedure, at least three member states would need to present to the European Commission a multi-country project on the deployment of large-scale digital infrastructure and/or services in line with the EU digital agenda.

If the application is accepted, the project will be swiftly set up as a legal entity with standard arrangements around common issues such as governance of the project, liability, ownership, and data management of data.

It will also include the pooling of multiple funding sources from national governments, the Commission, the European Investment Bank and other public or private investors.

The areas of activity the text envisages include data infrastructure and services, 5G corridors, super- and quantum computers as well as blockchain services.