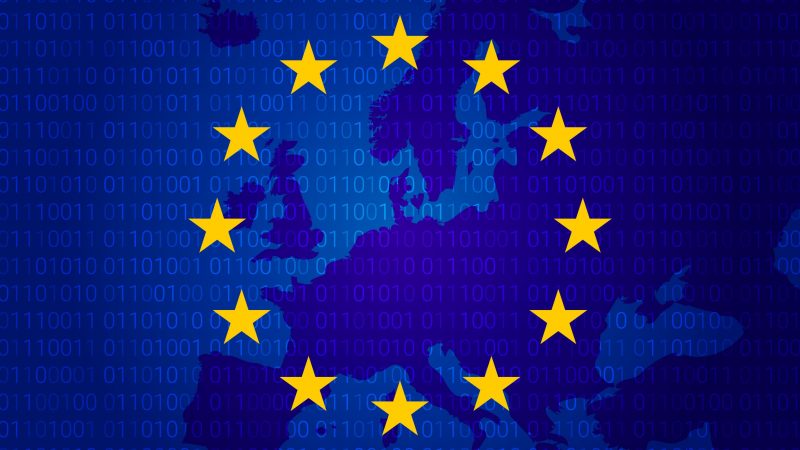 The European Commission's work programme defines the agenda for the year ahead. [Vector Image Plus/Shutterstock]

The European Cyber Resilience Act, expected in the third quarter of next year, is a new cross-cutting piece of legislation intended to introduce common cybersecurity standards for connected devices.

According to the Commission’s work programme, “such rules could include a new duty of care for connected device manufacturers to address software vulnerabilities including the continuation of software and security updates as well as ensuring, at the end of life, deletion of personal and other sensitive data.”

Although the legislative proposal takes place in the context of the EU cybersecurity strategy, a reference to a “defence dimension” of the plan was crossed out in the draft text.

The document states that adoption is foreseen in the third quarter of next year, adding that the relevant Commission service, the Directorate-General for Communications Networks, Content and Technology (DG CONNECT) has launched a reflection process on the initiative. 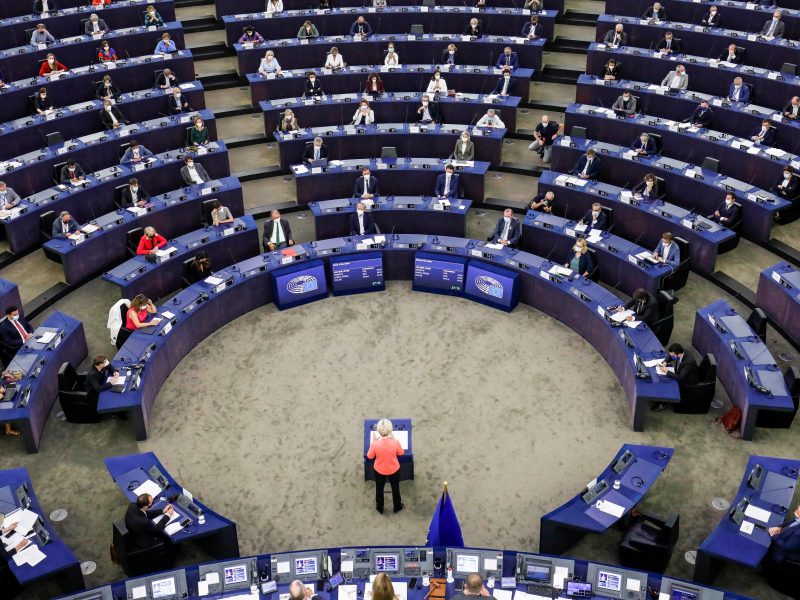 “EU Chips Act is a response to (i) current shortage of semiconductors in manufacturing, showing the need to reduce strategic dependencies and strengthen security of supply and (ii) acceleration of support to innovation and capacities in relation to semiconductors worldwide,” the document reads.

A reference to similar initiatives in the USA, China, South Korea and Japan was deleted, together with the statement on the focus that is “likely to be on strengthening support to R&I and initial deployment, coordination and joint action with member states.”

The date of adoption is planned for the third quarter of 2022. The text also says that DG CONNECT is currently “refining its thinking” on the Chips Act, which might eventually result in a “strategy incorporating a package of measures.”

On media policy, the European Commission is breaking new ground with the expected publication of a European Media Freedom Act (EMFA).

Building on the existing Audiovisual Media Services Directive, it will aim to establish an EU-wide mechanism for monitoring developments related to media ownership and pluralism.

“An EU wide oversight mechanism will aim to reduce burdens on media actors and support them in the context of the growing political interference in the media sector,” according to the Commission’s draft work programme.

However, the proposal does not envisage financial sanctions for companies found breaching the rules and is intended to be compatible with national legislation.

“The initiative would also aim to support the resilience capacities of innovative media actors as well as strengthen the governance model of public service media in order to reduce the risks of politicisation and to further guarantee media diversity and pluralism,” the Commission adds in its draft work programme.

The EMFA is planned to be adopted in the third quarter of next year, with the launch of a public consultation set for the first quarter.

The Commission is planning to put forth two Council recommendations – on digital skills and education.

The reason for the first recommendation is the unsatisfactory levels of digital skills across Europe and persisting digital divides. The initiative is intended to use EU funding for training teachers, exchange best practices and focus on high-quality computing education. The text also calls for “fostering dialogue with industry on identifying new and emerging skills needs.”

The second recommendation takes stock of the lessons learned during the COVID-19 pandemic to define the enabling factors needed for an inclusive and effective digital education, with the objective of adapting the education system to the digital transformation in the long term.

Both non-legislative initiatives are expected to be adopted in the third quarter of 2022. 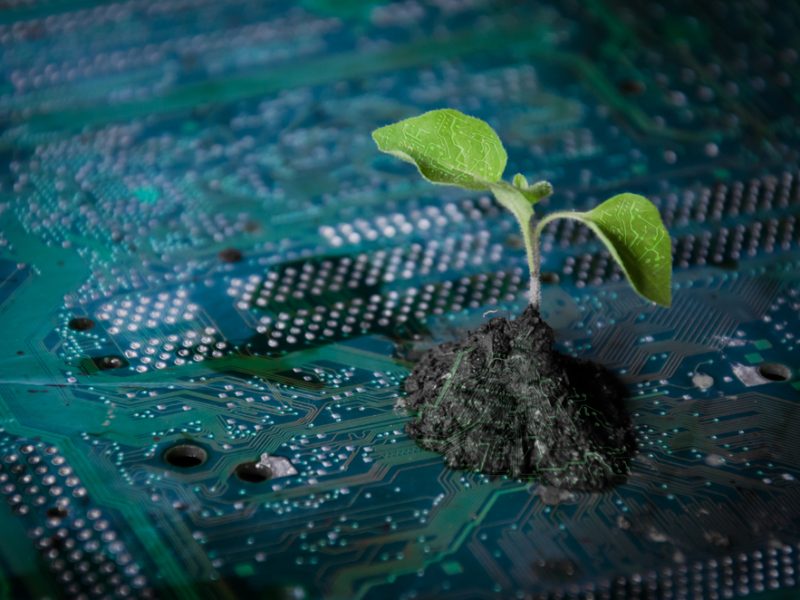 The European Commission has outlined a series of ambitious commitments to bolster the uptake of next-generation skills in Europe, in a bid to assist in wider EU goals of the continent’s digital and green transitions.

The European Commission is planning to revise certain procedural aspects of EU merger control rules for both simplified and non-simplified merger cases to make them “more efficient and less burdensome in cases that are unlikely to raise competition concerns and to allow the Commission to devote more resources to those cases where a detailed investigation is required.”

Adoption is planned for June 2022.

The work plan includes a revision of the notice on market definition in order to provide guidance to private companies and increase legal certainty.

Market definitions play a key role in antitrust cases, and past guidance does not sufficiently keep into consideration the fast-shifting nature of digital markets.

Adoption is planned for December 2022.

According to the internal Commission document, the adoption of the revised state aid guidelines for broadband networks has been postponed from the first to the second quarter.

On antitrust policy, the Commission is planning to adopt its revised vertical block exemption regulation and vertical guidelines on May 2022, when the current regulations expire.

So-called ‘vertical agreements’ between suppliers of goods or services and their distributors, are common across all sectors of the EU economy, the Commission says.

“The proposed revised rules aim to keep up with market developments that have transformed the way businesses around the world operate, including the growth of e-commerce and online platforms, during the last decade,” said Margrethe Vestager, EU Commission vice-presdient in charge of competition policy.

The proposal for an EU governments interoperability strategy was originally planned for the last quarter of 2021. The adoption has been moved to April 2022, according to the draft programme.