A view of EU flags reflected on the closed doors of the European Council in Brussels, Belgium, 26 March 2020. [EPA-EFE/STEPHANIE LECOCQ]

EU member states and the European Commission should “thoroughly analyse the experiences gained from the COVID-19 pandemic” in order to inform future policies across the entire spectrum of the digital domain, leaked Council documents seen by EURACTIV reveal.

Moreover, the document, dated 1 April, states that EU should also move to ensure that member states are able to award 5G spectrum frequencies by the end of 2020. Several member states have already announced intentions to postpone frequency auctions as a results of the ongoing public health crisis.

EU leaders had been expected to mark a series of commitments in the digital arena as part of the recent European Council summit. However, such items fell off the agenda as member states were forced to attend to the more urgent matters of addressing Europe’s response to the ongoing public health crisis.

The Croatian Presidency now intends to discuss the draft conclusions in the Council Working Party for Telecoms, next meeting in May, dependent on any future restrictions imposed as part of the COVID-19 lockdown.

The Presidency then aims to have the conclusions adopted by the TTE Council in Luxembourg on 5 June 2020.

The draft conclusions note the need of the EU to facilitate the “sharing of data amongst businesses and institutions, to gain critical mass and be successful in the data economy currently dominated by a few powerful players.”

In February, as part of its communication A European Strategy for Data, the European Commission had announced plans to exploit the “untapped potential” of vast troves of industrial data, in the creation of nine common EU data spaces across sectors including heathcare, agriculture and energy, as well as the establishment of a Data Act in 2021, that could “foster business-to-government data sharing for the public interest.”

More recently, the current public health crisis has proved to be an accelerator in the Commission’s intention to liberalise the EU data economy. Towards the end of March, the executive requested telecom firms to hand over “anonymised mobile metadata to help analysing the patterns of diffusion of the coronavirus.” 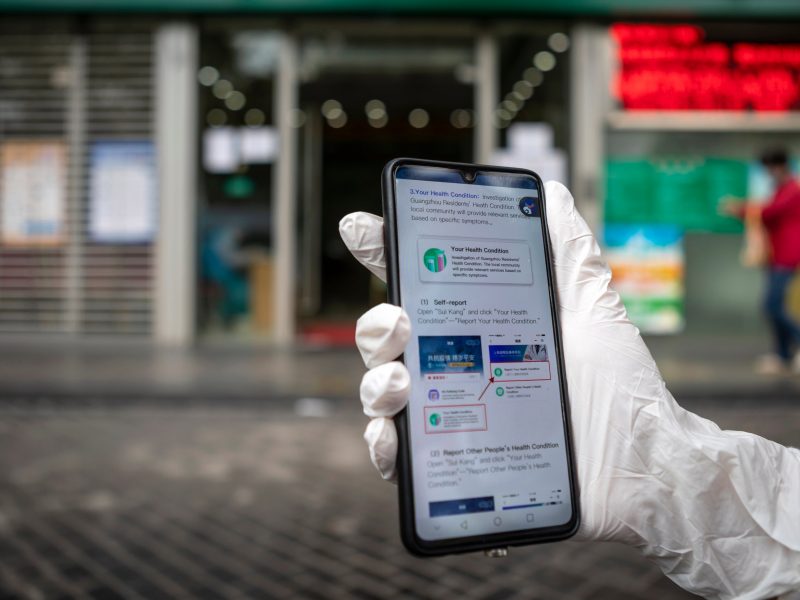 The move sparked concern by privacy activists in Brussels and beyond, and Renew MEP Sophie in ’t Veld, wrote to Breton, pressing him to ensure that the data received from telecommunications firms remains anonymised.

In terms of the broader use of data to analyse the spread of the coronavirus, Internal Market Commissioner Thierry Breton told MEPs last week via videolink that the Commission is monitoring the use of mobile applications used in the fight against the coronavirus pandemic to make sure that the bloc’s “values and rules” are not being infringed upon.

This came after a coalition of European stakeholders launched a new contact-tracing proximity technology on Wednesday (1 April), The project, dubbed Pan-European Privacy-Preserving Proximity Tracing (PEPP-PT), analyses bluetooth handshakes that may have been registered between two smartphone users when they come into close proximity with one another.

In terms of next generation mobile telecommunications, the conclusions note that 5G spectrum frequencies should be introduced by the end of 2020. However, Spain, Austria, Portugal and France have all been forced to put their spectrum auctions on the back foot for the time being, while the bloc reels from the consequences of the coronavirus outbreak.

The Presidency’s conclusions also note that EU companies should also be incentivised to start developing and building technology capacities in 6G, an area previously highlighted in the EU’s industrial strategy, which noted that a strategic European partnership on research and innovation in the field of smart networks and services beyond 5G/towards 6G, should be established.

Importantly, on 5G, the Council draft states that the rollout should “preserve the abilities of law enforcement authorities and judiciary to effectively perform their functions.”

Along this axis, in January this year, EURACTIV revealed that the European Commission is working alongside Europol and EU member states to “identify appropriate ways of preserving lawful interception capabilities in 5G networks.”

This is due to the fact that law enforcement authorities will be hit will new challenges as a result of the technology, because 5G technology employs 256-bit encryption that allow for unprecedented levels of privacy and anonymisation in mobile communications networks.

In terms of the bloc’s comprehensive bid to reign in the practices of online platforms across areas including harmful content, political advertising and disinformation, the Council “strongly emphasises the need for clear and harmonised rules and responsibilities and accountability for digital services,” while stressing the need for “effective action against illegal activities and content online,” and protecting fundamental rights.

Currently, there is a degree of uncertainty in Brussels as to how much of a setback the plans for regulating online platforms could face, with the Commission’s public consultation on the Digital Services Act already postponed. The consultation had been due to go live at the end of March.

In what could be seen as a veiled suggestion that certain dominant platforms could face the further antitrust action, or event the threat of being forced to break up, the Council also expresses concern that “certain very large online platform companies drawing extensive assets, including vast amounts of data, increasingly act as gate-keepers and rule-setters in the digital economy.”

In this vein, the document notes, such practices restrict “the ability of new innovators to successfully enter the market,” and limit the choice for consumers.

From the European Parliament’s side, three initiative reports produced by the Internal Market, Civil Liberties, and the Legal Affairs committees are due to be produced later in the year, and could all face further setbacks as a result of the coronavirus.

Meanwhile, on the subject of establishing an EU-wide digital identity, which had originally appeared in Council Summit conclusions that never eventually came to pass, the leaked document adopts a more conservative approach, calling on the Commission “to review the existing legislation, inter alia to create a reliable framework for digital identity.”

In response to the European Commission’s February announcement that Artificial Intelligence technologies carrying a high-risk will be subjected to a series of new requirements, the Council would like to see the executive put forward future proposals that follow a “risk-based, proportionate and where necessary regulatory approach” for AI.

In this regard, an approach should be adopted that “boosts trust while stimulating innovation and use of the technology” the Council document states.