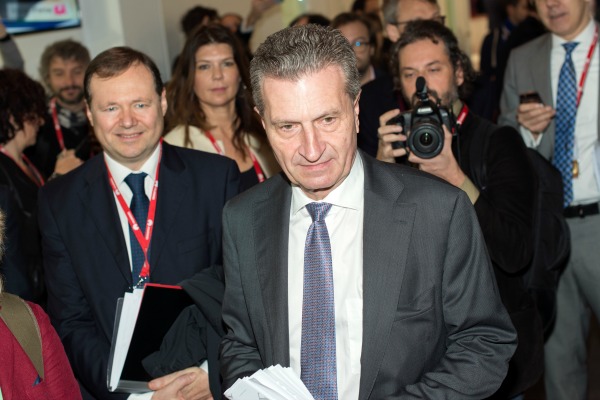 The European Commission will reshuffle its digital policy department DG Connect this summer, according to a leaked plan obtained by euractiv.com.

The EU executive will give its digital arm a dramatic makeover on 1 July. Roberto Viola will remain DG Connect’s director general, a position he took over last September.

A draft diagram from DG Connect revealed major changes, including a new unit dedicated to e-commerce and online platforms, one of the most controversial areas currently under the Commission’s scrutiny.

The changes come one year into the Commission’s flagship digital single market programme, which outlined 16 policy areas that the executive vowed to tackle by the end of 2016.

No head of unit is named in the plan to lead the new department focused on online platforms.

EURACTIV previously published a leaked communication from the Commission that revealed the executive does not plan to introduce any broad legislation to regulate platforms, a market largely dominated by US-based companies including Google, Facebook, eBay and Amazon. But the Commission is concerned about platforms’ use of copyrighted material and personal data.

Amid controversy over the European Commission’s increased scrutiny of American technology companies, the EU executive will propose new rules regulating online platforms, according to a leaked draft document obtained by EURACTIV.com.

The planned changes at the Commission’s digital policy powerhouse also give a hint of the executive’s overhaul of telecoms rules later this year.

The unit currently called ‘Broadband’ will be retitled ‘Investment in high-capacity networks’ but will stay under the present head of unit, Anna Kryzanowska. That change suggests the Commission will step up its focus on investment in broadband internet infrastructure and  faster networks.

EU Digital Commissioner Günther Oettinger frequently references Europe’s transition to a “gigabit society” with faster internet connections. Over the last year, Oettinger’s pet project has become the so-called internet of things, or the increase of devices with internet connections, including cars.

A new ‘Internet of things’ unit will be set up under the DG Connect reshuffle. Another new unit will be dedicated to ‘Next-generation internet’.

The unit currently called ‘Spectrum’ will be renamed ‘Radio spectrum policy’ after July. The addition of ‘policy’ in the title may seem small, but the new name indicates one of the Commission’s power struggles with national governments.

Under the digital single market plans slated for later this year, the Commission will try to harness more control over how radio spectrum is managed. But EU member states have pushed back against the Commission’s bid to gain power over spectrum.

What’s now coupled together as the ‘Media & data’ directorate will be split into two separate arms. The beefed up media directorate will include four units, including one on copyright and another on ‘Audiovisual & media services policy’. The Commission will announce changes to EU copyright law this autumn and is considering an overhaul of the Satellite and Cable Directive that could expand the law to audiovisual content online.

Other changes to DG Connect include a new unit on ‘Start-ups & innovation’. A unit focused on smart cities will be axed in favour of new units focused on smart mobility, e-health and e-government.

The European Commission’s digital single market strategy turns one year old today. With seven months left in the 16-point policy plan, the executive has only scratched the surface.

The Commission presented its digital single market strategy on 6 May 2015 and vowed to introduce measures on 16 policy points by the end of 2016. The strategy focused on building trust and confidence, removing restrictions, ensuring access and connectivity, building the Digital economy, promoting e-society and investing in ICT research. The Commission announced that it would present all of its digital policy plans by the end of 2016.

Roberto Viola took over as director general of DG Connect, the Commission's digital policy arm, in September 2015. A reshuffle of DG Connect is scheduled for July 2016, according to a leaked organizational chart.