Demonstrators protest outside Malta's House of Parliament in Valletta, Malta, 26 November 2019 following the resignations of Minister Konrad Mizzi and Prime Minister Joseph Muscat's Head of Staff Keith Schembri and Minister Chris Cardona suspending himself from any activities of his party (Partit Laburista) as Malta police investigations into the murder of late journalist Daphne Caruana Galizia in 2017 continue. [EPA-EFE/DOMENIC AQUILINA]

Malta’s Prime Minister Josep Muscat came under increasing pressure on Thursday (12 December) as calls for his immediate resignation intensified in Brussels in an ongoing investigation over the 2017 assassination of investigative journalist Daphne Anne Caruana Galizia.

The Maltese Prime Minister has said that he will step down in mid-January, but with the ongoing murder investigation implicating senior government officials, there has been no shortage of those calling for Muscat to leave with immediate effect.

As European leaders arrived in Brussels yesterday for an EU summit, a protest took place in front of the Maltese permanent representation to the EU, featuring a contingency of the Maltese community from Brussels.

Manfred Weber, the leader of the European Parliament’s largest political group, the centre-right EPP, has for weeks urged a tougher stance Maltese Premier to resign.

Arriving at the EPP pre-Council meeting, the German conservative said he supported the Brussels demonstrations against Muscat and added that he can’t understand why the Maltese Prime Minister needs another 5 weeks to resign.

Muscat has faced calls to step aside due to revelations about the involvement of senior members of his government in the 2017 murder of investigative journalist Daphne Anne Caruana Galizia.

Late on Thursday, Dutch Prime Minister Mark Rutte told reporters that he personally had a long discussion with Muscat on the subject at the EU summit.

Rutte said it was “crucial” that the Maltese government distances itself from the continuing investigation and prosecutions, suggesting that a resignation with immediate effect would help the process.

Caruana Galizia had dedicated her working life to investigating and exposing cases of corruption at the highest levels of the Maltese government. Former government chief of staff Keith Schembri has faced allegations of attempting to influence the criminal investigation by providing tipoffs to Yorgen Fenech, who is suspected of complicity in the murder.

Keith Schembri had previously masterminded Muscat to two electoral victories. In addition, a recent testimony in court by so-called ‘middleman’ Melvin Theuma’s pointed to the involvement of “senior” government officials and staff in the murder 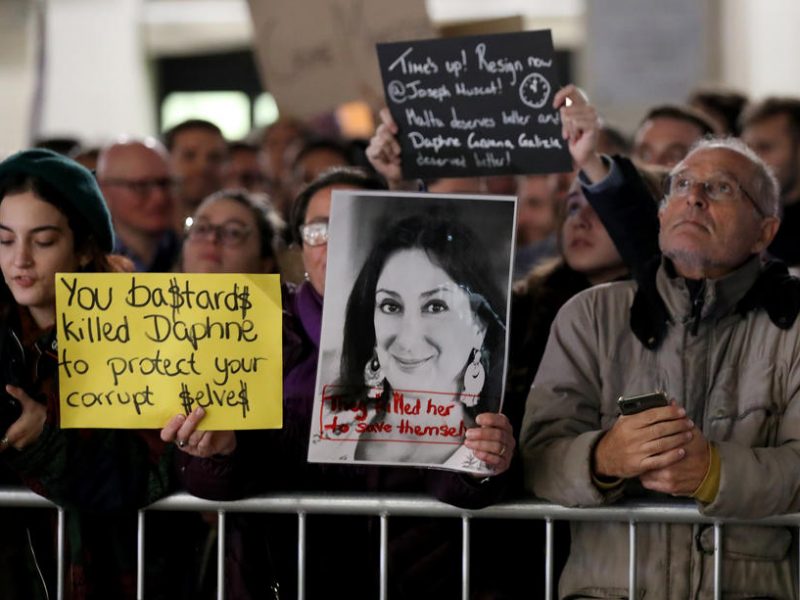 Not everyone wants Muscat to resign immediately, though. European Parliament President David Sassoli has been reluctant to air his concerns directly against the Maltese PM. And like Muscat, he is from the socialist political family.

Speaking to reporters on the sidelines of the EU summit on Thursday (12 December), Sassoli said that a letter by a delegation of MEPs who visited Malta last week, reflects the “right conclusions.”

The letter stated that the delayed resignation of Muscat, as well as the suspension of Parliament in Malta, “constitutes a serious risk – real or perceived – that the murder investigation and connected investigations will be compromised.” The missive was signed by Juan Fernando López Aguilar, chairman of Parliament’s committee on civil liberties, justice and home affairs, and Sophie in ‘t Veld, a Dutch liberal MEP who led the Parliament’s delegation to Malta.

When she returned from Malta last week, in ‘t Veld told EURACTIV that “Muscat needs to go immediately” in order to safeguard the independence of the investigation.

Sassoli on Wednesday evening said the letter was the “fairest and most appropriate mechanism to enable the European Parliament to express its position.”

The Parliament President was reluctant to directly condemn Muscat, dodging questions from reporters, and insisting that a legal process is currently underway in Malta that will draw its own conclusions.

Pressed on whether there could be political reasons behind his reluctance to directly call for Muscat’s resignation, Sassoli said that López Aguilar’s stance, who is a fellow Socialist, reflects the Parliament’s position accurately.

One EU source told EURACTIV that the Socialists in Brussels were reluctant to take a proactive stance against Muscat’s reign in Malta, due to the fact that the Prime Minister is part of their political family.

“Sassoli is toeing the Socialist line,” the source said. “He is putting party affiliation before more important issues.”

MEPs are set to discuss the ongoing issue in Malta at next week’s European Parliament plenary session in Strasbourg, where they will adopt a resolution on the rule of law in Malta. 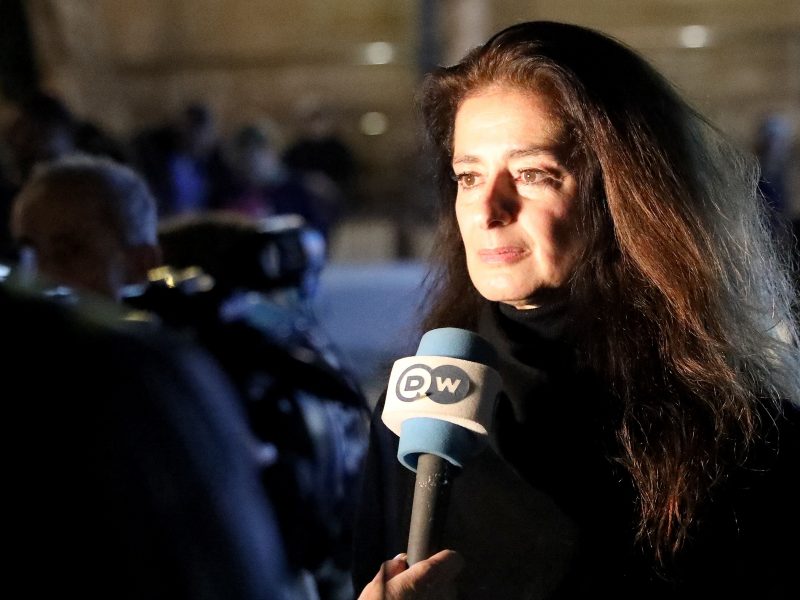 Earlier this week, a coalition of European media outlets wrote to EU leaders convening this week, urging them to put pressure on the Maltese Prime Minister Joseph Muscat to ensure that a fair investigation into Caruana Galizia’s murder is allowed to take place.

“Our organisations now call on European Union leaders to urge prime minister Muscat to guarantee that all investigations and legal proceedings will be conducted impartially, promptly and effectively, and without any involvement or influence at all from any individual potentially implicated in the case,” states the letter, which includes signatories from the European Centre for Press and Media Freedom, the Association of European Journalists and Reporters Without Borders.

“Many of the crimes my mother uncovered were European crimes, crimes that involved several jurisdictions,” he told the European Economic and Social Committee (EESC), an EU consultative body.

“It is impossible for one single police to deliver justice for many of these crimes. EU membership allowed the free flow of money and political support at the European level, without the free flow of justice and police investigation,” he told the EESC’s December plenary session.