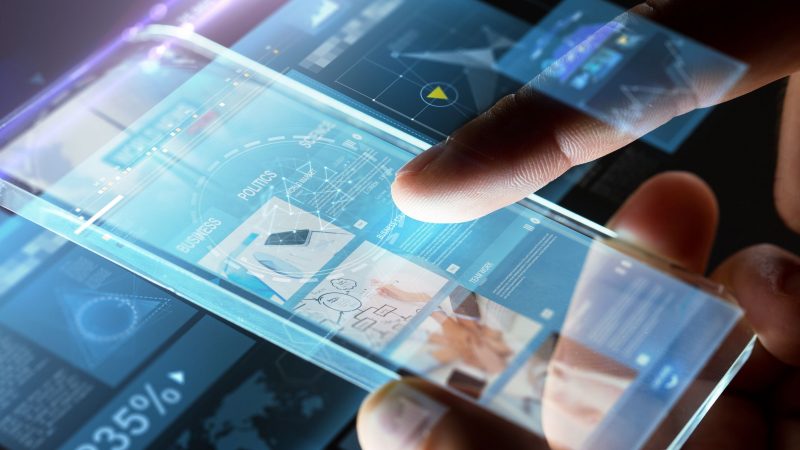 A coalition of MEPs from different political groups is proposing a ban on targeted advertising as part of the Digital Services Act (DSA). [Shutterstock]

Wout van Wijk, Executive Director at News Media Europe, warns that a ban would kill a “business model that enables citizens to consume news content and to actively participate in the democratic process… In particular, in some central and eastern European countries, targeted advertising is the main source of income for their national news media.”

The proposal to ban targeted advertising is currently being discussed in the European Parliament as part of the Digital Services Act (DSA). The Tracking-Free Ads Coalition, which gathers MEPs from the socialist, liberal, green and leftist political groups, is behind the proposal that forms part of the draft opinion on the DSA by the Parliament’s Committee on Civil Liberties, Justice and Home Affairs (LIBE).

Christel Schaldemose, the DSA’s lead negotiator in the parliament, has already expressed her support for a ban on microtargeting.

Consequences for the media

The proposed alternative to targeted ads is contextual advertising, based on keywords, language and the geographical location of the user. Publishers reject this as a viable alternative, fearing it will lead to a dramatic drop in income and that a targeted ad ban would threaten the existence of thousands of publications.

Patrick Breyer, the MEP responsible for the opinion, says this fear is ‘unfounded’, pointing to a study that estimated the difference in revenues between targeted and contextual advertising to a mere 4%.

Breyer notes that lawmakers also need to consider traditional media, which have seen a sharp decrease in advertising revenues in recent years.

Media organisations, however, challenge the argument that a ban would redirect ad revenues. “The platforms will retain their dominant position in the advertising ecosystem as they will continue to collect more, and superior data than any publisher will ever be able to do,” Executive Director for the European Publishers Council, Angela Mills Wade told EURACTIV.

For MEP Paul Tang, however, resistance from the industry comes from the fact that “publishers and advertisers have grown very dependent on Google or Facebook”. This, he argues, explains their reluctance to change, despite the fact that these platforms might take up to 70% of their advertising revenues.

“A ban would restrict access to information in two ways: by forcing media organisations out of the market, and by only allowing access to readers who can afford to pay for content,” said Ilias Konteas, Executive Director of the European Newspaper Publishers Association &  European Magazine Media Association.

The Reuters Institute Digital News Report 2021 warned that a general switch to a paid model would also impact media pluralism since “the vast majority [of consumers] are still not prepared to pay for online news.”

The result might be a polarizing situation where high-quality content is only available to the wealthy, argues Greg Mroczkowski, Director for Public Policy at the Interactive Advertising Bureau (IAB). He considers this would make “European citizens more dependent on state-controlled media.”

Targeted advertising has also come under scrutiny because it has enabled the spreading of fake or misleading information. The transparency measures in the DSA are supposed to limit disinformation practices, as advertisers will be obliged to indicate why and by whom users are being targeted.

According to Iverna McGowan, Secretary-General at the Centre for Democracy & Technology, disinformation techniques driven by the misuse of personal data have eroded the credibility of the media as a whole.

However, Konteas challenges the argument that banning targeted advertising would necessarily reduce the spread of disinformation, noting that “if anything, it would leave readers with fewer information sources to compare.”

Both Mills Wade and van Wijk say that the problem lies with the way platforms collect and use data, rather than with the practice of targeted advertising itself. They argue that the DSA’s transparency obligations and improved enforcement of the EU data protection law, GDPR, would allow users’ privacy to be respected without damaging the sustainability of the media business model.

McGowan also points to stronger GDPR enforcement as the starting point to stop “an abuse of personal data,” echoing the opinion of the European Data Protection Supervisor (EDPS), which called for restricting the categories of data available for advertisers.

Breyer, however, sees GDPR as insufficient since it lacks provisions to avoid ‘dark patterns’, manipulation techniques to extort users’ consent. Similarly, for Tang, the GDPR’s individuals’ consent to data processing is not the appropriate way to go because “it’s a systemic problem, leading to systemic failures. We need to make systemic changes.”